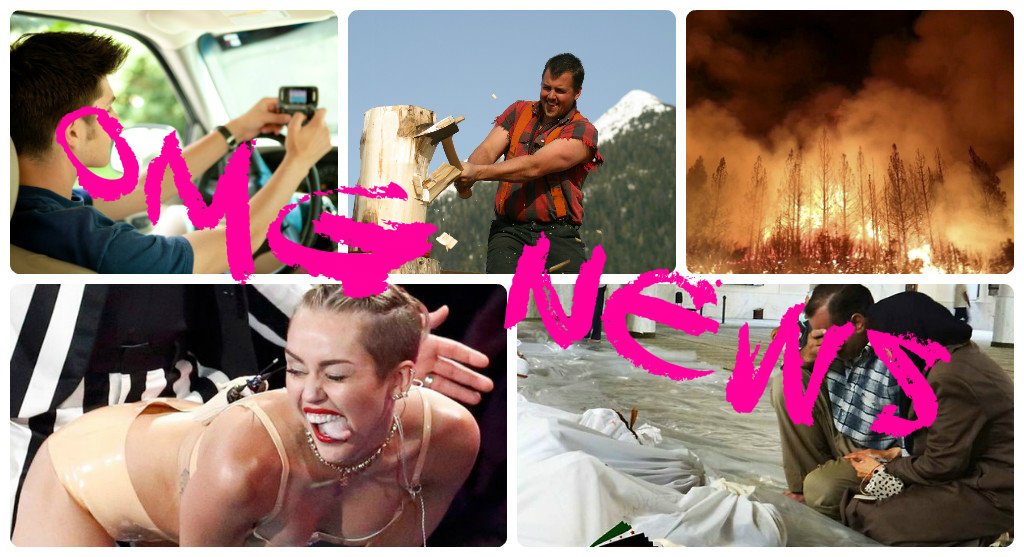 Welcome back to So…That Happened…: Your Weekly News Round Up where, like rose petals falling into a bottomless crevasse, we fill you in on the latest and greatest in current-ish events. Prepare yourself for Intrigue!, Drama!, and plenty of WTF?!

Before we begin, let’s get the Miley Cyrus VMAgate discussion out of the way. By now you’ve seen the GIFs: Miley possessed by a demon. Miley “twerking.” Miley in a bear onesie. Miley failing to pull a Britney. Miley reverse cowgirling all up on  Robin Thicke. Miley generally embarrassing herself and offending most people, including the guy who invented the foam finger. We’ve had a full five days to belabor this story. Are we sick of it yet? Sigh. Moving on.

Meanwhile in Syria, everything is the worst. Last week Syrian President Bashar al-Assad (allegedly) gassed a suburb outside of Damascus killing at least 350 people. The U.S. is building a case for retaliation, though the British Parliament has rejected a proposed military response by their country. The U.N. is doing its own investigation, but in the meantime a resolution allowing the use of force by the U.N. against Syria has failed. If the U.S. does decide to attack, there are several possible repercussions including Syria attacking Israel, Iran attacking Israel, terrorist attacks, cyberwar, China being pissed at us, Russia being really pissed at us, and general doom and/or gloom.

Closer to home, a judge ruled this week that you could be liable if a person you are texting causes a car accident because you’re too f’ing distracting. The case involved a teenager in New Jersey who drove into on-coming traffic while texting his girlfriend and severely injured a couple on a motorcycle. According to the couple’s lawyers, the texting girlfriend knew her boyfriend was driving at the time and willfully distracted him. The judges agreed with the argument, though they eventually let her off the hook. Let this be a lesson to all you dumb people: texting all your friends because the new Justin Bieber song is on the radio right now is not nearly as important watching to road–some of us would like not to be double amputees.

In case you’ve always wanted to visit California, sucks to be you because the whole state is burning down. The massive wildfire began near Yosemite National Park almost two weeks ago and has burned over 192,500 acres. There’s also concerns that the fire could threaten the San Francisco water supply.

GENTLEMEN, put down that man purse and get an axe, because new research shows that chopping wood can increase testosterone levels by almost 47%. That’s way more than playing competitive sports and talking about not hot Tom Brady is. Don’t have any wood to chop? I guess you can lift weights or something. Ladies dig huge dudes. Case in point:

Thanks for joining us this week! You’re probably feeling pretty smart right now, so go try the Slate News Quiz and test your bad self! See you next Friday! 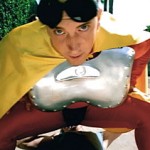 13 Inappropriate Songs We Sang As Kids