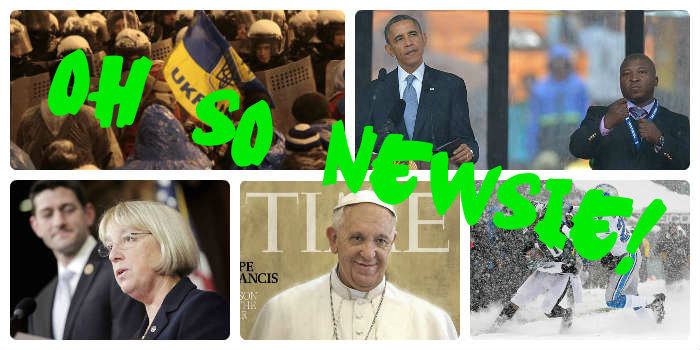 Welcome back to So…That Happened: Your Weekly News Round Up where, like the first girl to get engaged and also divorced, we fill you in on all the news you didn’t have time to care about this week.

First up, as we mentioned previously, Nelson Mandela, former South African President and anti-apartheid icon, died last Thursday at the age of 95. This week the world celebrated Mandela’s life and legacy, including at a memorial in Johannesburg attended by over 90 world leaders and featuring a eulogy by President Obama. It’s all very touching, but we can’t ignore the increasingly weird story of the sign language interpreter who stood next to some of the world’s most important people and faked his way through the internationally-broadcast memorial service by doing some sort of sign language gibberish dance. The interpreter later told CNN that a). his signing was totally legit, and b). he’s schizophrenic and sees angels. Still no word on what the hell this whole thing about.

8,000 miles away in Ukraine (which is here by the way), weeks of protests may be coming to an end as President Viktor Yanukovych announced that he will sign a deal partnering Ukraine with the European Union. This is a big change for President Yanukovych, who had angered many in his country by ending talks with the EU in favor of bringing Ukrainian and Russian interests closer together. The protests, some violent, led Yanukovych to temporarily flee the country and have brought the country’s capital of Kiev to a standstill. By partnering with the EU, Ukraine will likely anger Russian President Vladimir Putin, who said he Russia may cease trading with the economically troubled country. It’s cool though because the EU will still support Ukraine.

Stateside, the House and Senate have agreed on a bipartisan budget deal that will avert another government shutdown for two years. Woohoo! The deal, which concludes a year of near constant facepalms, was brokered by House Representative Paul Ryan and Senator Patty Murray and sets the country’s discretionary spending money at a $1.012 trillion for 2014. Though some members of Congress don’t think the bill does enough (it doesn’t, but a little bit is better than nothing at all), it does aim to reduce the deficit by $23 billion while eliminating $63 billion in domestic and military spending cuts. Just FYI, the bill didn’t do anything about the debt ceiling (that self-imposed nuisance that limits the amount of debt the country can incur without committing economic hari-kiri), which we’re set to hit again in the Spring. Whatever. Baby steps.

Listen up, all you non-Catholic heathens: Pope Francis is having the best week ever. Not only was he named Time Magazine’s Person of the Year, but according to a new survey, 92% of Catholics think he’s super awesome. You go, Pope Francis! As it turns out, people like a Pope who acknowledges women, homosexuals, and issues not relating to the female reproductive system. The runners up for this year’s Person of the Year award were Edward Snowden, gay rights activist Edith Windsor, and Syrian President Bashar al-Assad.

Finally, as you’ve probably noticed, it’s f’ing freezing in 95% of the country this week. As of Thursday, about 60% of the country had some measurable snow fall on the ground, which is a lot more than normal. But for all of us whose houses are so cold we can see our breath inside and can’t get our car doors open because they’re frozen shut, take heart. According to satellite data (that I guess we just got around to analyzing because this happened over three years ago), the world’s coldest temperature was recorded in Antarctica as 135.8 degrees below zero Fahrenheit. In case you were wondering, you could survive in that for about three minutes before your tits froze completely off. The more you know.

See you guys next week! 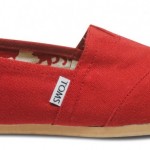 Why Beyonce Is The Queen