Welcome back to So…That Happened: Your Weekly News Round Up where, like a corporate office filled with rows upon rows of sunless cubicles, we catch you up on all the horrible news you missed this week because you had much more important things to do.

First off, a massive Typhoon hit the Philippines earlier this week, killing over 3,600 people and displacing a half million more. The storm, called Haiyan, was one of the strongest ever recorded (see a comparison to Hurricane Katrina here), and set off a 16-foot storm surge that leveled entire towns. Five days later, assistance still has yet to reach the some of the most isolated areas, due in part to debris and blocked roads. Countries from around the world including Japan, the UK, Australia, and the US have all pledged aid to help survivors, though the slow pace of assistance has caused concern about the lack of clean water and the possible spread of disease. Further reading about the extent of the damage and aid efforts can be found here. Before and after GIFs here. Headdesk below.

On this side of the world, the health insurance drama continues (and continues and continues). This week, President Obama announced a change to his signature healthcare plan that would allow people to keep their existing coverage for another year even if it doesn’t meet the Affordable Care Act’s minimum standards. This primarily affected individual and small business plans, which covered catastrophes but failed to offer maternity coverage, mental health care, etc. The loss of these plans went against the President’s earlier promise that anyone with an existing health plan would be allowed to keep it (which pissed a lot of people off). Keep in mind the change will only allow businesses and individuals to continue buying these plans for a year, though the White House left it up to the states to decide whether or not to let residents keep their policies if they do not meet federal standards. By the way, the President also announced the exchange websites should be fully up and running by November 30th and he apologized again for the difficulties in the rollout. Will the fun ever stop? Doubtful.

Rob Ford, the crack-smoking, lady-loving Mayor of Toronto is up to his usual antics. According to documents released this week, Mayor Ford enjoyed the occasional vodka road soda, alternately fought with and sexually harassed staff members, and, you know, did a bunch of crack. But seriously, look at the guy. He’s obviously done all of these things. I don’t see why it’s shocking.

Have you guys heard of this Snapchat thing the kids are using these days? I hear you can, like, take disappearing naked photos with it and absolutely nothing else. Well, rumor has it that Evan Spiegel, Snapchat’s 23 year old founder, rejected a $3 billion buyout offer from Mark Zuckerberg, King of the Facebook. What kind of company turns down $3 billion from Mark Zuckerberg when it has made approximately $0 its entire existence? Douchebags who think they’re worth $4 billion.

Oh, by the way, don’t get your copy of 50 Shades from the library, because it might have the herp. You’re welcome.

See you next week! 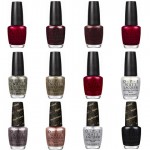 Yasss Or Pass: Our Picks For Best & Worst Dressed At Grammys 2017