Disclaimer: I’m engaged and I work out. Read at your own risk.

Girls, you seriously need to quit bitching about the engagement Facebook statuses and #fitspo hashtags on Instagram. Here’s a bright idea, if you don’t like it un-friend the bitch. That wasn’t so hard was it?

I know my advice seems a bit drastic, rude and unfriendly, but trust me it’s far friendlier then you running around complaining to everyone about so-so getting engaged. Is it that hard to feel happy for someone? Their engagement isn’t about you, so quit making it.

The reality of the situation is this; we are in our mid-twenties (yes, 26 is still considered mid-twenties) and people are going to get engaged. Since when is getting engaged in your 20’s unheard of? If the non-threatening, somewhat annoying, Facebook posts and Instagram collages are bothering you that much, then I suggest you de-activate your accounts, curl up in a ball, and never go outside again because scary engaged couples are on a rampage! Seriously, get over yourself! Are the posts annoying? They sure are. Are the posts predictable? Yup. But who cares, let “Susie” spam every social media platform with her financed diamond from Kay Jeweler’s and her poorly choreographed flash mob proposal.

If you are single and the FB posts depress you that much, then change your perspective, you’re free to do what you want, whenever you want and that’s awesome, so live it up and don’t worry your poorly choreographed flash mob is coming. Here’s an idea, try being happy for “Susie” and if that seems like an impossible feat then here’s an even wilder idea, delete her or better yet, delete yourself from Facebook because then I don’t have to read your whiney posts about how seven of your friends got engaged this year and you haven’t had a Tinder “date” in weeks! “Ugh, my life is so terrible, I’m a big baby, wah! Look at me.” Bitch please.

Jealousy is a cruel mistress, ladies. Instead of complaining about “Jen” turning her life around, losing 15 lbs. and looking fabulous, try putting down the carton of Ben and Jerry’s and getting a $10 gym membership at your local fitness center. Or if working out isn’t your thing, then stop complaining about the girl who wants to make it her thing.

Why is it that as a gender we have such a hard time inspiring and empowering each other? Instead of focusing all your energy on Jen’s cliche lame Pinterest  quotes, why don’t you channel that energy to sweat out the street meat you shoved down your throat last night at 2 am.

I get it, the hashtags are obnoxious and the gym selfies are a lot to handle sometimes, but let’s be honest, if you hate them as much as you say you do, then stop following her! The complaining  and “30 day napping challenge” posts (news flash: you aren’t clever)  are just as annoying as all the #fitspo, #nothingtastesasgoodasskinnyfeels (liar) and #bangingbysummer hashtags. If you hate working out and you love to eat, own that shit, but don’t hate on someone who wants to make a positive change in their life. 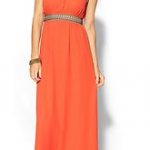 20 Things I Wish I Knew In Middle School