1. Things Fitting Perfectly Into Other Things

There is something just so satisfying about having something work out for the best, even if that something is as minimal as  having your entire DVD collection fit perfectly into your bookshelf. This Tumblr is dedicated to these minimal victories. The site’s tagline: “Seeing totally unrelated objects perfectly nestle inside of each other provides a certain kind of peace in an otherwise chaotic world.”  –digg.com

This Tumblr creates fake rough drafts with hilarious commentary based on the final scripts from real television shows, movies, novels and slogans. The whole premise of the Tumblr is based on Ernest Hemmingway’s quote: “The first rough draft of anything is shit.”

Nat Geo Found was created in honor of National Geographic’s 125th anniversary. The Tumblr showcases historical photographs from Nat Geo, many of which have never been published and have rarely been seen by the public.

With already so much to love about  Breaking Bad, you’d think it couldn’t get any better. Well, you’re wrong. Drake-ing Bad is a Tumblr dedicated to artistic renderings of Breaking Bad scenes with recording artist Drake drawn in. The results are pretty awesome.

Are those hot dogs or legs?  Those have to be hot dogs. Wait no, definitely legs. Hot dogs?

6. Buzzfeed Articles Without the GIFs

Do you love Buzzfeed but hate all those annoying GIFs? This is the Tumblr for you. Even if you love everything about Buzzfeed, this Tumblr, dedicated to taking the text from Buzzfeed articles and putting it into prose, is hilarious.

This Tumblr transforms weird tweets into even weirder comics. You’ll be surprised how great some tweets look in comic form.

This Tumblr brings together two of the world’s greatest gifts: Attractive men and adorable kittens. It doesn’t get much better than this. 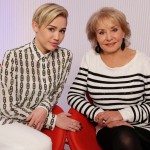