The meaning of “going out” starts to change as soon as you graduate college, and it continues to as you progress through your twenties. As you get older, your mind, body, and friends have a different idea of what “going out” actually entails… and you go through a vicious cycle of trying to figure out what “going out” actually means to you. Like, do you even like doing it? You’re not sure. But you’re in your twenties so YOLO, right? Do people even still say YOLO? I wouldn’t know, guys, because I’m old.

Anyway, you might think some of these stages will never come for you, but they will. OH, THEY WILL. We are getting older every day. It’s happening. Here are the 12 stages of going out in your 20s… It’s a thing:

1. You graduate college and binge drink excessively to curb your post-grad depression.

2. Once you start working a real person job, you stop being social during the week because you’re soooooooooo tired. But you still rage on the weekend, duh. Gotta hit the gym during the week post-work!

3. Over time, the number of friends you have slowly decreases because you realize that you actually hate everyone. And in the real world, you only have time to hang with those you actually like.

4. You stop wanting to go out both nights of the weekend because you’re tired. Go out on a Friday? After work? HAHAHHAHA. Unless of course, something really fun is going on… You still have pretty fucking horrible FOMO at this point. You can just stay home on Saturday night instead, though, unless of course something really fun is happening that night too. In that case, ya screweddddddd.

5. Everyone around you (or at least on your Facebook newsfeed) starts to get engaged, which makes you want to go out both nights of the weekend again… and start binge drinking like you did in college. HA to those people. You’re still young. It’s party time! Not settle down time!

6. You cannot handle hangovers anymore, nor can you drink as much as you used to, but you do anyway for some reason. If you go out, you’re going to have to dedicate the following 24 hours to doing NOTHING. No working out, no errands, no cleaning, no nothing. Except maybe going out again that night, because why not. Also, bagels can’t cure hangovers anymore because CARBS ARE THE DEVIL, so basically you’re fucked.

7. You would rather stay in instead of going out, so you find yourself barely going out at all anymore. The thought of putting on a dress and heels is absolutely terrifying. The thought of sitting on the couch watching Netflix, however, is not. It’s also kind of free (assuming you are using someone else’s Netflix account) so now you’ll have more money to put towards your organic groceries this week. Yay! Now to come up with an excuse to get out of your plans…

8. When you do go out, you start to feel like the “oldest” person at the bar, and that’s probably because you are. You should prob stop going bars with covers and dancing. Especially when you find out your younger siblings who weren’t even in high school at the same time as you are going to those bars.

9. You claim to be “over bars” because they’re too loud to hold conversations with other people. What happened to the old fashioned house party you say. You just want to TALK to your friends. Did you even do that before when you guys were blacking out on dance floors all the time? You’re not sure, but these people seem cool and you want to have actual conversations with them.

11. You start getting wasted at semi-fancy restaurant bars with one or two people and calling that a “night out.” When you start telling people how hungover you are and how you threw up last night and they ask what you did last night, you say “Nothing. I sat at a bar and drank a couple bottles of wine with two friends.” God, I am so old.

12. More people (including yourself and/or your close friends) start to couple off, get engaged, buy places in the suburbs, and/or become boring in some other form, so you start drinking a lot more again. It’s almost like you’ve now realized it’s all almost over. You’re old. Better rage while you still can… You’re only in your twenties for ten years!

It’s here. It’s real. It’s happening. We’re getting old. We don’t like to do the same things we used to anymore. But that doesn’t mean the fun has to stop. That doesn’t mean the socializing has to stop. The good times are hopefully going to continue throughout your entire life. But before your twenties end, make sure you’re living them to the fullest. Do what you want to do. Do whatever is fun to you. Enjoy yourself! You might be young, but you get older every second of every day. Live it up now. You never know where life is going to take you tomorrow… whether that be the bar or the couch. 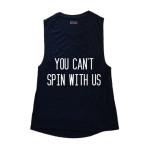 2014 Holiday Gift Guide: What To Get Your Sister 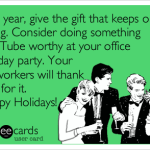 Holiday Gift Guide: What to Get Your Co-Worker