Every friend group is different. But yet the same. Stereotypically, you have probably encountered one of the below types of people (if not all) in your friend groups.

WHICH ONE ARE YOU?

This does not have to be a girl. Drunkest girl (DG) is the one who somehow always happens to get wasted at the bar. They seem to always wind up drunker than everyone else, no matter how little they drink. You can find them standing up flailing their arms around to whatever music is playing next to a table in which their friends are sitting at casually sipping their drinks. You can find them befriending people in the bathroom while their friends attempt to drag them back into the bar. You can find them drunk texting in a corner with a look of anger and rage on their face, struggling to keep themselves from falling over. DG might sometimes get emotional, get into fights, get thrown out of bars, or throw up in a cab, but you’re used to their antics by now, so it’s whatever. DG can take a cab home by his or herself. It’s fine.

‘Hiiiiiii everyone, what’s going on this weekend?!’ Every Friday or so this text rolls around for 20-somethings everywhere. This text either gets no response or turns into an annoying conversation where all is well and good until the person without an iPhone starts complaining that they are getting all the texts separately and they want to be taken off the mass text… and the person who is busy at work starts yelling that they want to be taken off the mass text immediately too because their phone keeps going off and it’s annoying. The Mass Text is great because you don’t even have to respond to find out what your prospective plans are for the weekend. On weekends when TMT isn’t around, the mass text never comes and no one knows what anyone is doing. People feel disconnected and have to, like, text each other individually themselves. It’s not fun.

Without The Planner, your group of friends may not be a group of friends. The Planner is different than The Mass Texter because they don’t need to ask what’s going on tonight — they already know. Or they’re going to figure it out in the next five minutes. They are not indecisive and are rarely late. Because they make everyone feel special by texting them individually, they are great at picking a time and a place and getting everyone there. The Planner also excels in planning birthday dinners, weekend trips, and vacations.

Despite what the planner may plan, this person somehow has the final decision in where you guys go out every weekend. While they don’t force anyone to come out with them, people hold a great deal of confidence in what they deem “fun” and “not fun.” Everyone wants to do what they want to do. If the SL says no to a certain bar, everyone will suddenly back away from that plan and try to please the SL with another bar of choice. If the SL is already going to a certain bar tonight, somehow everyone else will find themselves there too. If the SL is out of town or hanging out with other friends, people may stay in. People may complain about the SL because they never what to do what they want to do OR they want to do the same thing every weekend, but you don’t see people doing their own thing because of it. Basically, the SL doesn’t mean to be a leader, but they totally are.

They never have money for cabs and after you buy the first round at the bar, they disappear. The Mooch is indeed a friend, but the degree of friendship usually depends on what they want from you. A place to sleep? Access to your hot friend? Your Summer beach house? The Mooch knows what they want and usually get it.

Hide your kids, hide your wife, hide your electronics, hide anything you own that is nice. The Destructive One is coming and they may or not break and destroy everything in your home. That nice glass table? Put it in storage. Your Bose speakers? Make sure they don’t put their hands on it. The wall? Try NOT to get them angry. The appliances in your kitchen? Just make sure they don’t start a fire. You never know what could happen when TDO is around.

“Do you guys want to go to this bar tonight?” No way, says the NN. They find something wrong with every bar, club, and restaurant you go to and often try to convince people to change their plans no matter what. They are often in a bad mood complaining about work, their boss, the weather, their ex, their significant other, their outfit, your outfit, the list goes on. Your problems usually don’t matter to the NN. They will find a way to transform a conversation about your problems into their problems. Be wary and have a bottle of booze open and ready whenever interacting with the NN.

This person is always hooking up with someone – usually multiple people at the same time. They have no shame and will still publicly make out with people on dance floors. They often have crazy stories to share that leave you wondering how the fuck they are still alive. They may or may not be cheating on their significant other, but this doesn’t even phase you because they will always be your slutty friend. The Slut does not care what the person they are hooking up looks like. They are addicted to ass… Tiger Woods style. Like it might actually be a problem.

10. The One Who Is Always Busy

Where has she/he been? Hanging out with other people? Working? Having sex? Writing a novel? Or are they just sitting on the couch pretending to busy? You don’t know. You try to get them to hang out, but they’re always doing something. How does one person always have so much to do? Are you even friends anymore? You’re not sure.

Guys flock to this girl. She doesn’t have to do anything except stand around sipping a vodka soda and guys will come out of nowhere to talk to her. The Man Magnet is great to be around if you’re a girl looking to talk to guys. However, be cautious, as TMM very well may take attention away from you. She doesn’t mean to. IT. JUST. HAPPENS. When hanging out with TMM (if you are a girl), always find out what she is wearing (pants or a dress) and dress accordingly.

12. The One That No One Really Likes

Are YOU the one that no one really likes? You have no idea. For some reason, this person pops up out of nowhere occasionally and no one really knows why. They’re just there. And they’re not going anywhere. We’re too old to turn away friends now. A bar is a public place. Anyone can get in.

There’s always that one person. You see this person on occasion at dinners and nights out. You interact with them through ass out hugs, fake smiles, and cordial conversations consisting of vague questions such as “how are you” and “what have you been up to.” Maybe you recently decided to hate on this person because they’re mean to you or they annoy you. Maybe you don’t even know this person that well. But the fact is – you don’t like them. However, one (or more) of your friends are friends with this person, so you can’t say anything. 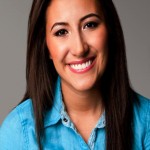 Want To Look Thinner In Your Photos? There’s An App For That.