Buying a tablet is like dating in high school for 20-somthings. We choose based on popularity. Based on looks. Based on size. Based on price (whether it’s the price of our reputation or the literal price — we’re poor… very poor). But we really need to stop making decisions like that because, well, we are now in our twenties meaning we’re adults (whether we want to accept that or not) and we need to start acting like it.

First, you need to realize that there are other tablets out there than iPads. Like, lots of different kinds of tablets. And they all do different things.

You might be asking yourself, ‘What ever do you mean?’ and I asked myself the same thing when I was first introduced to an Intel Tablet, but after using my Acer tablet and iPad side by side, I have found many differences between them… and have since researched even more tablets to find THEY’RE ALL SUPER DIFFERENT. Like, there is so much to consider when buying a tablet.

You have the brand, the operating platform, the size, the memory, the price, the generation, the processor, etc. But let’s be serious — As 20-somethings, something like a processor is not something you’re going consider when choosing between tablets because, like, you don’t even know what that is. But since you are now an adult and you want to buy a tablet for your adult self, you should probably consider everything about them — including the processor — before making the investment. And even if you’re all like, ‘but I’m not a nerd! I don’t care!‘ we’ve developed a guide to buying tablets for you to make the deciding easier. Read on:

Before researching tablets, you must understand that Brand and Operating Platform are NOT the same thing. When you first think ‘What kind of tablet should I get?‘ you probably think you have three decisions ‘Apple, Microsoft, and Android.‘ And when you say Microsoft, you mean ‘Windows’ as well — because to you, they are one in the same. The problem: They’re not!  Three different ‘operating platforms‘ to consider are Apple iOS, Android, and Windows. But from there, you then have brands which open a whole other realm of decision making. Brand names for tablets are basically endless, but some you may fancy include Apple, Microsoft, Lenovo, Amazon, Acer, Samsung, Barnes and Noble, and Toshiba.

So Windows isn’t a brand, but Microsoft is? Yes. Microsoft is it’s own brand and it runs on Windows. But other brands run on Windows too! So if you’re a total Windows freak, or you come to find as your decision-making-process progressives that Windows may totally be for you, you have other brands to choose from than Microsoft!

Well… that doesn’t matter to me because Windows is soooo 1995. Not true! Sure, we grew up using Windows (check out this Children of the 90s video if you haven’t seen it yet to jump start your memory), and then switched over to Apple and Android products because Windows became ‘un-cool’ and reminded us of work. But Windows has stepped up their game with the release of Windows 8… so before you knock Windows to the curb, check out Windows 8 features online. You would most likely really like it.

1. Do not go straight for prices and start filtering from lowest to highest cost. All tablets are different, as I said above, so you want to make sure you’re looking at certain features rather than prices. I’m sure you would pay a little more for something you really wanted as opposed to something just because it’s cheap.

2. Also consider the drive capacity: Before you start freaking over prices, be sure to look at the drive capacity of the tablet. A tablet with 4GB is obviously going to cost less than a tablet with 250GB, so it really depends on how much space you want. What are you going to be doing with the tablet? Do you plan to store a lot of pictures, videos, files, music, etc on it? Or are you just using it for fun — and you’ll maybe put a few songs and pictures on it? If space is really important to you, you may want to see the price difference for different tablets at a certain GB range.

3. Think about what you want to use the tablet for and research the functions of each one. So what do you want a tablet for? To store music, to browse the Internet, to work on the go, to Facebook your friends, to blog, to watch TV shows, to read, to take notes at meetings, to look up recipes, to play games, to, umm, just have one because tablets are the super cool thing to have right now? Whatever your reason (and I really hope it’s not that last one), each tablet does different things. Sure, they do a lot of the same thing… but all tablets all different. They each house different app stores (Apple’s being the best — there’s no denying that). And some aren’t as work-friendly. Here are some things to consider about each type of tablet (mostly Intel Tablets and iPads — because that’s what I have personal experience with):

4. Go to the STORE and TOUCH them. Seriously. Yes, you could just shop online because you’re super busy and barely have any time to go to a store… but when investing in something such as a tablet you need to see them in person. Which size works for you? Which have easier touch screens? Can they fit easily in your bag, or would you have to get a new bag? Is the iPad mini too mini? Is Windows 8 too confusing? Is the Kindle Fire too similar to your black and white kindle? Appearance, size, and user friendliness are super important things to consider when buying a tablet… and you won’t know if you like something for sure until you see it. It’s like visiting colleges in high school. Ohhhh, to be that age again. 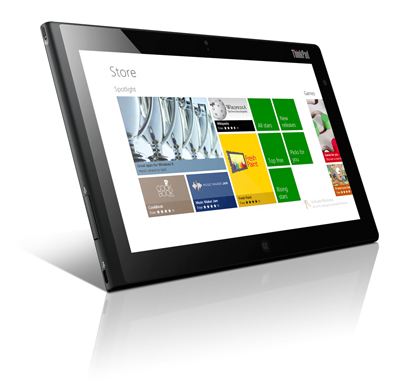 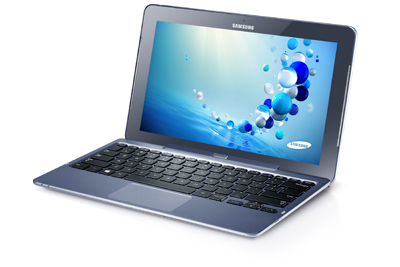 After figuring out what YOU want, searching around to see who can give you that, and then trying a few out in person, you should be able to find the perfect tablet (see — it is a lot like dating!). It also doesn’t hurt to read reviews online. Check out blogs, look into hash tags on Twitter, browse random websites on Google. Most people are honest. You just have to figure out what works for YOU. So, 20-somethings… what kind of tablet are you in to?

[Some content and/or other value provided by our partner, Intel]

Manly Monday: A Guide To Whiskey

How to Handle Your Dad Meddling in Your Love Life