February: Can’t live with it, can’t live without it amirite? On the one hand, it’s the worst month ever invented. On the other hand, the year just wouldn’t be the same with only 11 months.

1. Like I said, it’s the worst month ever invented. No matter where you live right now, it’s probably the worst weather of the year. Well, unless you’re in like Australia or something. But otherwise, February weather sucks. January weather sucks, too, of course, but at least it’s still sort of a novelty in January. Come February, I’m more over it than Judy Garland in relation to a rainbow. On the other hand…February is the shortest month of the year. Some genius decided to give us all a break and end the month early every year, and I will never be able to express my gratitude adequately for that one.

2. The Super Bowl is one of the best things in life. A night of artery-clogging food, $4 million commercials and Bruno Mars’s dancing is more than I could ever ask for in life. On the other hand…I hate football, and spending the evening watching it in between the entertaining commercials really kills me. On the other, other hand…the Super Bowl marks the end of the football season, so I won’t have to sit through another game until at least September.

3. Valentine’s Day is the most divisive of holidays. Well, unless you’re one of those people who gets pissed when someone’s Christmas card says “Happy Holidays.” Or if you really hate Irish people or the mass consumption of turkey meat. But in general,Valentine’s Day is a pretty love-it-or-hate-it holiday. I love that it’s the one day a year when I can wear red and pink together without clashing and they practically throw chocolate at you everywhere you go. Any holiday that peer pressures my man to buy me chocolate is a win in my book. On the other hand…single people hate Valentine’s Day. Couples are annoying on Valentine’s Day. Restaurants are crowded and overpriced, and CVS sells stupid Valentine’s bears dressed as bees that say “bee mine.” 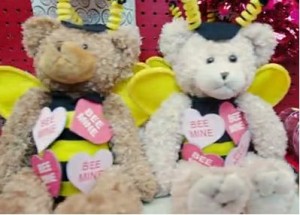 4. Groundhog Day, a less divisive holiday, is no less entertaining. Everybody loves psychic animals (just look at Eli the Superbowl ape) and talking about the weather and Bill Murray. On the other hand…this holiday is not enough to redeem an entire month of fuckery. It just isn’t.

5. Presidents Day and the various possible snow days means SCHOOLS OUT! On the other hand…I haven’t been in school in years and work is never cancelled because it’s work. 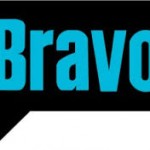 7 Reasons Why I’m a Bravoaholic