Chris Harrison tells the ladies to pack their bags because they are headed to “the marriage capital of the world” Las Vegas.

JoJo gets the first one-on-one (nailed it, again). I’ve been trying to figure out who JoJo looks like, and she’s totally Lucy Hale! Back to Vegas… Olivia’s commentary on being Ben’s one and only is just too much. She’s obviously been cast as the over-bearing, stage 5 clinger. Considering the trade off is a whole lot of camera time and she’s a newscaster, I’m sure Olivia was happy to take whatever role gave her the most air time. 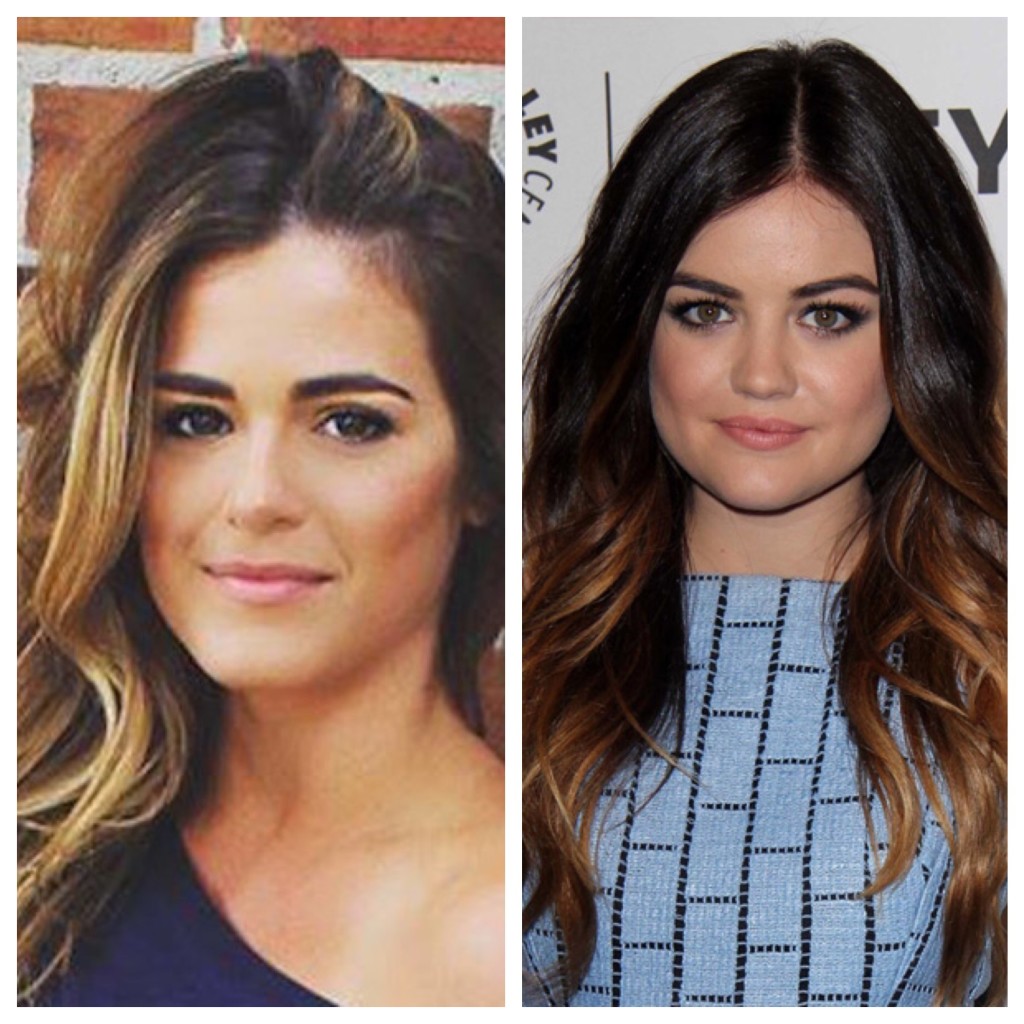 As their helicopter arrives, Ben and Jo share a kiss. Which all of the other ladies, Liv included, witness. JoJo opens up to Ben about being cheated on in a previous relationship and he gives her a rose. They watch fireworks and makeout. Loving JoJo – I don’t have a single bad thing to say about her or their chemistry. Which, in the words of  Chris Harrison, could be a Bachelor first!

The rest of the ladies, minus Becca, receive a group date card. Obviously Olivia isn’t handling this well. The group heads to do a talent show with Terry Fator, where the girls learn they will be the opening act in his Vegas show. We see glimpses of some of the girls talents, but mostly just Olivia’s non-sensical bablings. I actually can’t recall another character in recent history who has had the first 4 episodes dedicated to her. Maybe the rest of the girls are that dull?

There’s an Irish tap dance, cello solo, juggling and then Olivia pops out of a cake, and with absolutely no rhythm or sexuality, attempts to shimmy around stage. Ben looks mortified and Fator makes fun of it. And just like crazy-ass Kelsey from Chris’ season she feigns a panic attack. Yep, she has reached Kelsey level, which is the gold standard in Bachelor psycho. 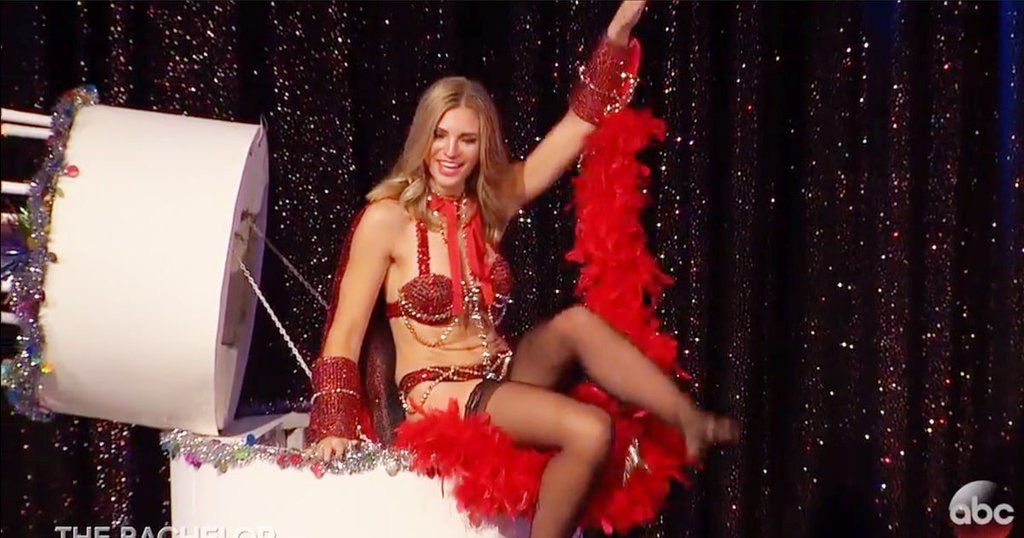 Ben and Caila share a moment and he calls her a sex panther. Him and teacher Lauren kiss for the first time. Olivia tries to apologize for being weird, but is quickly interrupted by one of the twins. He has a passionate kiss/talk with flight attendant Lauren before we’re back to the Olivia show. OMG, ABC she isn’t a real villain. She is boring and stupid and I am so sick of seeing her. Flight attendant Lauren gets the rose.

Becca receives a wedding dress for her date with Ben and Jubilee makes a perfectly-timed white dress/virgin joke. The pair marries other couples, which is a hella lame and awkward date, but congrats to the randoms who got their Vegas wedding paid for and televised.

Ben totally gets straight to the point and asks her about being a virgin and if she judges him for not being one. They talk about their faith and relationships and damn another real, heartfelt conversation from Bachelor Ben. She gets a rose.

Thank goodness for him being so freaking fantastic, because the rest of the season is a snooze. While I miss the cat fights from the sister wives of previous seasons, I am into how serious and real-world Ben treats each relationship. We rarely get to see anything beyond surface-level with Bachelor nation, and it’s refreshing.

Ben has requested the first season two-on-one and it’s with… twins Emily and Haley. They go visit the girls’ mom, as Vegas is their hometown. Haley shows him her room and it is filled with pictures of her ex. Emily tells him she wants him to dump her sister. He has a chat with mom before deciding what to do. He sends Haley home and keeps Emily. ARE YOU CONFUSED YET?!?! I actually really thought they’d be a two-for-one, so it’s interesting he kept one. 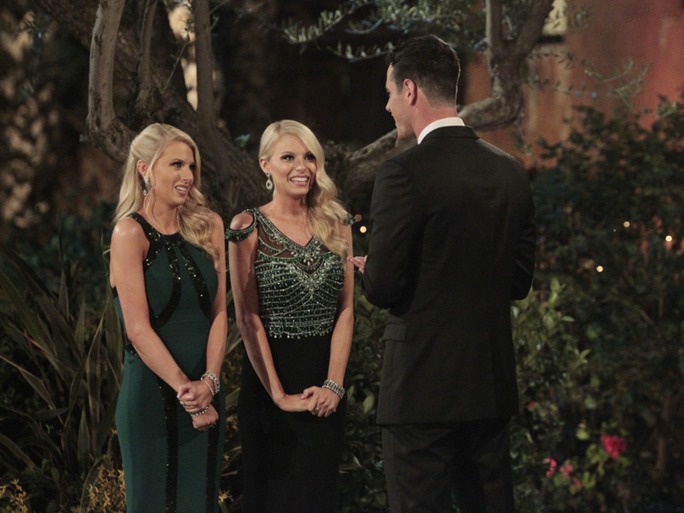 Olivia pisses off some more girls and Ben just blankly stares at her as she rambles. Olivia tells JoJo she loves Ben and he loves her and JoJo is like “you fucking idiot.”

Becca, Lauren and JoJo have roses.

Third-season Amber and Rachel, whose tagline was “unemployed” go home. The ladies and Ben head to Mexico and it looks like shit will hit the fan with Olivia and Jubilee.

And to leave you with Olivia’s finest non-sense for the week: 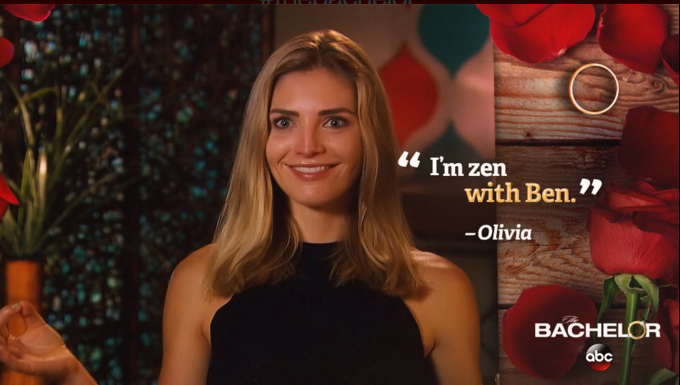 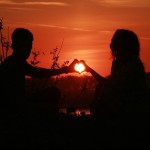 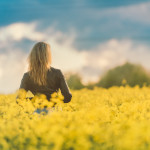 I Tried Essentialism And It Changed My Life