Chris Harrison’s and the live studio audience’s anticipation of the final rose is killing us. Just killing us. Doesn’t seem like there is going to be an exotic location this season – they’re back in California. First up, Nick meets Kaitlyn’s family. She lets them know he is the bad boy from Andi’s season and that she did the deed with him in Ireland. They most definitely have preconceived notions about Nick. In that, like the rest of America, they hatttttted him. They grill him accordingly. He breaks down to her mom and says he wants to marry her daughter and that does the trick for her – she has his blessing. He wins over dad too.

Next up is Shawn and boy does he woo the hell out her family. Things get awkward when mom wants to know how Shawn feels about Nick/Kaityn/Sexy time. He handles it like a champ and mom is obviously smitten. So is sis and dad. Shawn very formally asks for their blessing to marry Kaitlyn and they say yes! What a strange thing to tell two dudes they can marry your daughter.

Obviously both suitors get an A+ in meeting the family. 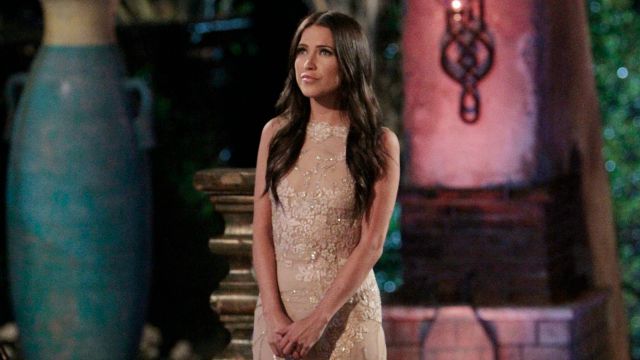 Kaitlyn is quite distraught over being in love with two guys as she goes into her last date with Nick. He writes down his feelings, paired with a photo of them and she says she’s certain he’s the one.

Shawn’s turn and things aren’t going so well. Awkwardness gets the best of them, but things seem to pick up later in the evening, when they have some seemingly meaningful conversation about their future. He gives her a jar of memories from their long 6 weeks together. He is 100% confident. She is not. 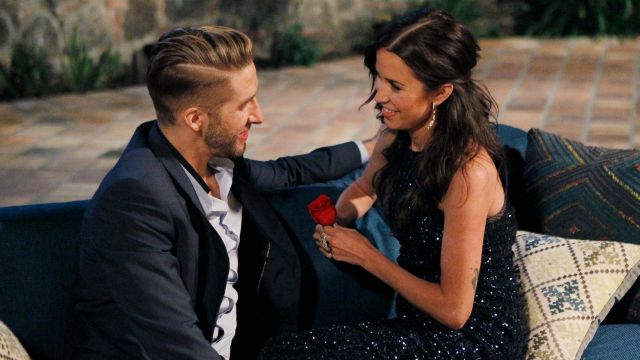 If history of previous seasons is any indication, the date that is portrayed as perfection (Nick) is normally not who is selected.  Ah, that tricky editing!

Nick and Shawn both pick out which Neil Lane diamond rock they want ABC to buy for them.

Nick gets out of the limo first and I am GIDDY with excitement that he’s about to get sent home. Then I get nervous. Why is the impending breakup not happening as he declares his love for her?? Instead of promptly breaking things off, she let’s him get to the point of proposal before stopping him. That’s not cool. He doesn’t take it well and she cries a lot. Yikes, 0-2. Poor guy. In the limo, he takes his Claddagh ring and tosses it on the floor and says he’s the world’s biggest joke. Well, no arguing with that.

Shawn steps out of the limo, exchanges some sweet words and they have a really sweet proposal. 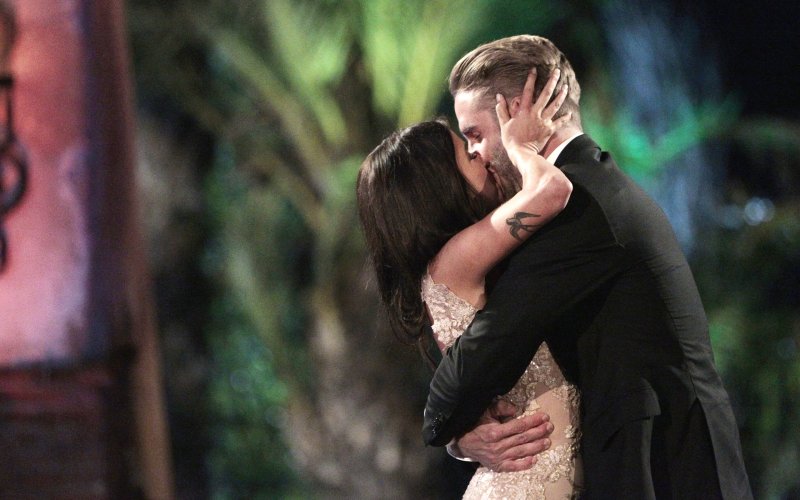 Well, we know they’re still together. So, that’s good. They certainly seem to have really great chemistry and I only hope they last longer than the normal few months post-show. It will be interesting to hear where they’ll live, as she’s from Canada and him California and how they’ll work things out. Let’s look at how adorable this is. When Chris sent K home last season, Shawn sent this Snap. Awww, fate. 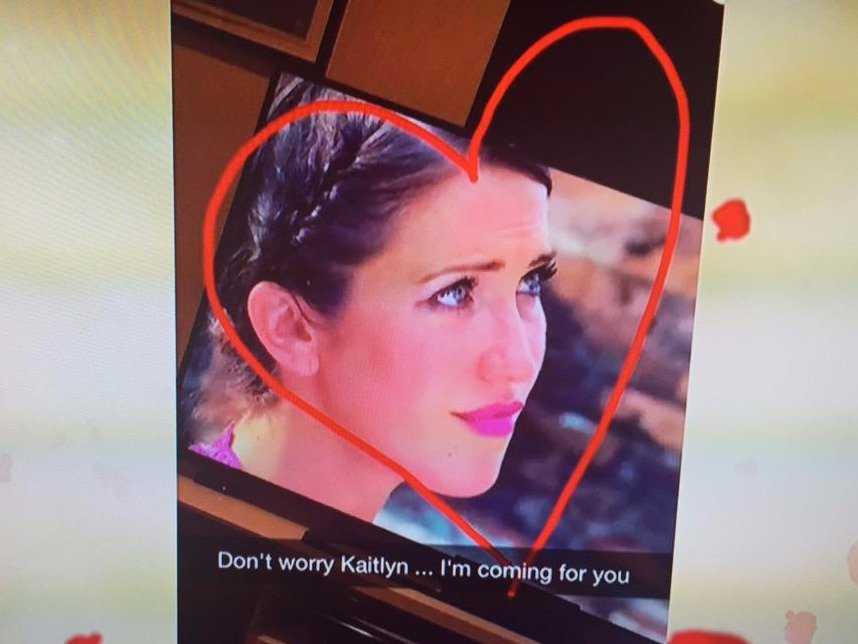 Nick comes on and clears up their pre-show relationship, which was via texts and phone calls and discusses the big “mistake.” He takes the high road this year and does not slut-shame her. Chris wants to know why Shawn hates him so much. He gives a very diplomatic, non-answer to everything. Hmmm, someone seems to have learned a valuable lesson in what not to do on AFTR breakup specials.

Shawn comes out and the boys get the chance to bury the hatchet. Shawn says he wasn’t jealous of Nick, that it was part producer editing and part his overall discomfort in his GF dating other dudes. They both say the regret the way their rivalry was portrayed and agree to disagree on life in general. It’s all very neutral and mature. See what happens when you take the production out of it? Not so dramatic. 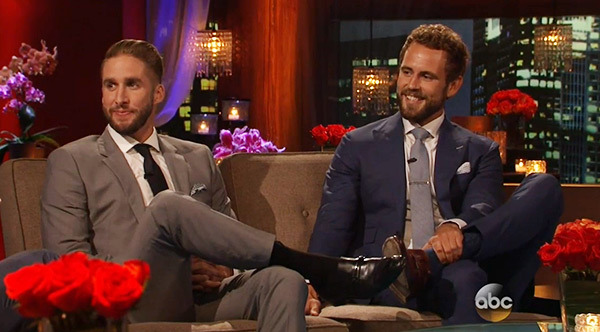 We do get a little action, when Nick calls out Kaitlyn for saying she loved him (not made love to him. again, bravo) when she didn’t. They talk about what went wrong and rightfully so, he says she shouldn’t have let him get so far in the proposal process. He thinks she should have sent him home before the rose ceremony, and certainly before his pre-proposal speech.

Shawn says the best part about not having to keep things secret is that he can finally stand up for his girl, who has been getting a lot of heat in the cyber-bullying world. No mention of wedding plans, moving in together plans, or anything like that. Even Harrison knows it’s all a ticking time bomb. 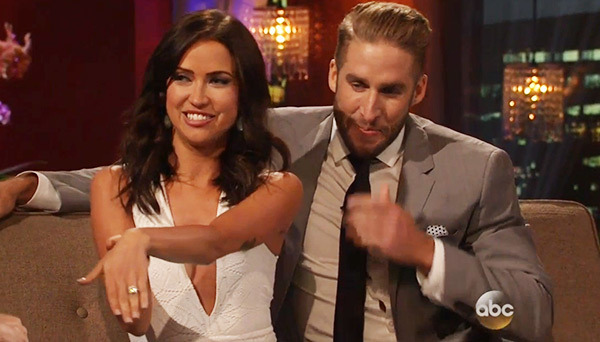 What Your Favorite Taylor Swift Album Says About You