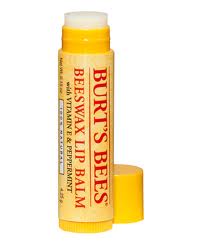 “Beezin” apparently gets you high. You put Burt’s Bees Lip Balm on your eyelids and you freak out, according to a YouTube video of a boy who didn’t appear older than 14. I would just like to know WHY?! Burt’s Bees contains peppermint oil which obviously tingles. Why would you want tingly eyelids?

I don’t even like Burt’s Bees for its intended purpose. It’s white, so when applied to my pale girl lips I look like I just saw a ghost. Or am a ghost. So the idea that people are slathering this across their eyelids is so dumb. I’m not here to be people’s mother, but REALLY? Lip balm is not meant for anything but your lips. It doesn’t take a doctor to figure out peppermint oil will probably make your eyes red and inflamed, especially if you’re passin’ that beez. Imagine the pink eye. Shudder.

I searched Twitter for #beezin and found some profound tweets. “I knew what beezin was two years ago.” TRENDY. “The only way I’ll get through the school year #beezin.” How about studying? “…recommend this mint choc lip balm #beezin.” Ooh, now there are several ways to beez. “Just got to Wal-Mart. They are all sold out. I won’t be #beezin tonight.” Gee, #thatsashame.

People will blame the media for blowing this out of proportion, but maybe you should use lip balm as lip balm so media folks don’t have to highlight stupidity. I don’t want to need ID to buy lip balm. 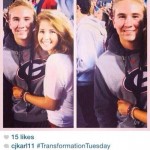 You Can’t Insta-Breakup… Or Can You? Different Ways To End a Relationship In 2014

True Life: I’m a Twenty Something Moving 5000 Miles Away