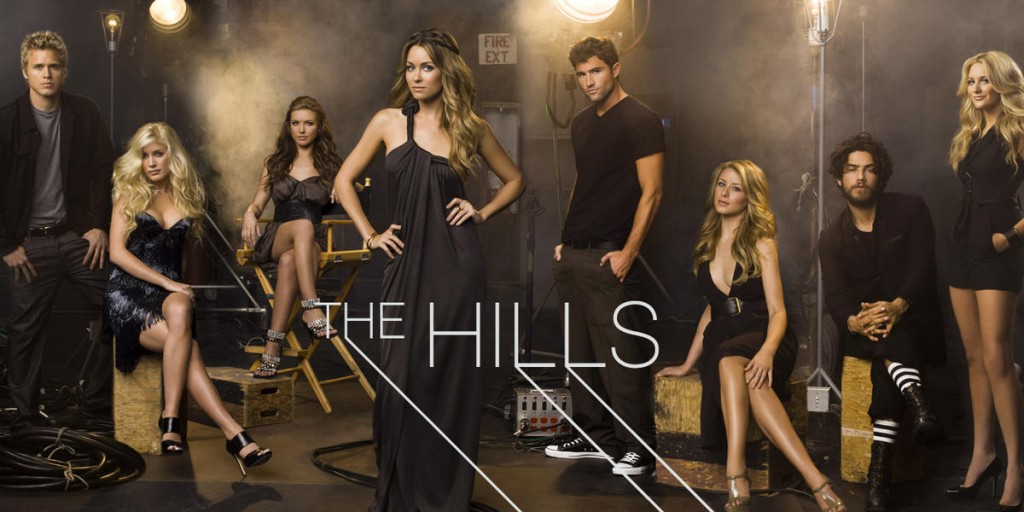 As a super fan of the late MTV, hit reality show The Hills, I’ve been counting down to August 2nd since May, when it was first announced that there was going to be a reunion special for the ten year anniversary. The show was an iconic part of the 2000s, with characters who we’d grown to love, and some that we’d grown to hate. With drama that left us steeling after every episode and trademark quotes that we all still say to this day, it’s no surprise that everyone is waiting with bated breath as to what’s going to be revealed in the special.

The reunion special is titled The Hills: That Was Then, And This Is Now with Lauren Conrad, the star of the show, revealing behind the scenes secrets about how the show was put together. In the trailer she says, “So often, we would say that if you knew the real story, like you would understand. And what I’d like to do is tell that story.”

Can you hear me screaming from all the way in the Upper East Side of Manhattan? I would love to know the real story and continue to admire Lauren’s cute little wing eyeliner even after all these years. She continues on to say, “We’re gonna take a look back at the show and reveal things that we haven’t talked about before.” I am so ready, Lauren.

With all the excitement around the special, here’s a look at what the cast has been to since the show ended to better prepare us.

Lauren took her leave from The Hills during the second half of season five, passing on the torch to frenemy, Kristin Cavallari. Once she left, she didn’t slow down. She launched two fashion lines, LC Lauren Conrad and Paper Crown, wrote nine books, and runs a popular lifestyle blog. Then in 2014, she tied the knot with longtime boyfriend, William Tell, who is a guitarist for the band Something Corporate. Despite being the girl who didn’t go to Paris, Lauren still accomplished a lot.

Not bored with the reality show scene yet, Audrina joined the season 11 cast of Dancing with the Stars after the end of The Hills, placing seventh. Soon after she tried to get her own spin off show titled Audrina, which didn’t last long, and then she joined the cast of an NBC travel show called 1st Look, as a host. Aside from reality shows, she dabbled in acting for movies, then in 2015, she got engaged to long time boyfriend, BMX rider Corey Bohan. They welcomed their baby girl, Kirra Max back in June of this year.

Heidi jumped into the music industry once filming for The Hills ended. She released her debut album, Superficial, in 2010, but it flopped. Soon after, she made several headlines for undergoing ten cosmetic surgeries in one day, and then again when her and Spencer almost divorced because of money problems, which was later resolved. Aside from that, her and hubby, Spencer Pratt, appeared on reality show, I’m a Celebrity… Get Me Out of Here! She also competed in reality shows Famous Food and season 11 of Celebrity Big Brother. Then not too long ago, on an episode of Marriage Boot Camp, Heidi spoke out candidly about her old friendship with Lauren, stating that she has forgiven Lauren for “ruining her life.” Too bad Lauren has both forgiven her and forgot her.

Whitney was the first of the main cast to take her leave from The Hills. She left after season four to go to New York for a new job opportunity at People’s Revolution, and was offered a spin-off show, which ran for two seasons, called The City. During the duration of the show, she worked on her own fashion line called Whitney Eve, and launched it soon after. And while she had a different love interest on the The City, Whitney ended up marrying former associate producer of the show, Tim Rosenman, in 2015. Additionally, she wrote a lifestyle book, appeared in What to Expect When You’re Expecting, and was a judge on Genuine Ken. She sure has come a long way from the girl who fell on GMA.

Sweetheart Lo started a lifestyle website after the show ended. It’s called The Lo Down, and it covers stuff from food recipes, beauty, fashion, and more. Furthermore, she also put out a book with the same name in 2011, and started a YouTube channel to accompany her website. She also launched Revelry House, which is a party planning company. With her love for cooking, she left the hills and moved to New York to attend the International Culinary Center, which she graduated from.

Being the first one to call out how fake and scripted The Hills really was, Kristin jumped into the acting bandwagon after the show’s finale, claiming that was what she had done on the show as well. She appeared in Veronica Mars, CSI: NY, and The Middle. Then just like Audrina, she also appeared on Dancing with the Stars in season 13, and bagged a few hosting/cameo appearances gigs. In 2013 she tied the knot with NFL player Jay Cutler and is now the mother of three. This year she released her first book called Balancing in Heels.

Proving that blood isn’t always thicker than water, Stephanie doesn’t talk much with her brother, Spencer, and his wife, Heidi, anymore. However, she still keeps in touch with Lauren and Lo. After the show, the blue-eyed beauty went on to star in Made in Chelsea, a UK reality show. Along with that, she also participated in Celebrity Big Brother, and wrote a tell-all book called Made in Reality this year.

Considered the “really sucky person” of the show, Spencer took on his role with stride, delivering each season with snide remarks, a passive aggressive attitude, and a short temper (remember that bar fight in season 5?). Since the show ended, he and Heidi, as mentioned above, appeared on I’m a Celebrity…Get Me Out of Here, and season 11 of Celebrity Big Brother where they finished second place. However, it wasn’t all smooth sailing. Spencer was arrested sometime after the show in Costa Rica for trying to get on a plane with hunting weapons. Once freed, he was barred from ever entering into Central America again. Not only that, but the couple faced money issues and had to file for bankruptcy in 2010. Yikes! In 2011, Spencer re-enrolled into USC to finish his degree, and he and Heidi moved in with Heidi’s mom in Santa Barbara, Ca.

Moving on from being the homeboy who wore combat boots to the beach, Justin Bobby has made a name for himself in the music and beauty industry. Since the show’s final season, he focused on his music with his band, Bobby Rock, and then created/marketed his own hair styling tools and products called Brush Your Hair. Moreover, he has salons in Manhattan Beach, CA, NYC, and Nicaragua.

The notorious playboy of The Hills has finally settled down! He is currently engaged to longtime girlfriend and lifestyle blogger, Kaitlynn Carter, and the two are just too adorable in their Instagram posts. Aside from that, since the show had ended, he had made several appearances on his family’s show, Keeping Up With the Kardashians as well as I Am Cait. He even had his own short-lived talk show called Sex with Brody.

Frankie was probably one of my favorite people on the show just because he was never dramatic, but he was always surrounded by drama. He always tagged along during outings and stayed in his lane, but what most don’t know is that he dated Hilary Duff in 2007 during the filming of the show. As of now, he is married to Jennifer Acosta. The two of them tied the knot in 2013. A year later, they welcomed their baby girl, Isabella Amalia.

Lauren’s ex-boyfriend, the boy who was the reason she didn’t go to Paris, had a tough time after the show. His addiction issues that have followed him since 2006 continued, landing him on Celebrity Rehab with Dr. Drew in 2010. In 2013, he married Ashley Slack, and has been trying to stay sober and help others recover from their addictions at a rehab facility.

It seemed since she did “that shady thing” to Lauren in season 2, Jen Bunney has mostly been out of the limelight. She finished up school in USC and got her masters degree in public health and business. In 2014, she got married to Taylor Dunphy, and now works in the healthcare field.

Stacie’s stint on the show was the most random and staged part of it. She was known in season 5 as this bartender who hit on Spencer and caused issues between him and Heidi. But then she somehow joined the main cast in season 6 as Kristin’s best friend? Anyway, Stacie was last seen still hitting up popular LA hotspots and moving in with Holly Montag, meaning she stayed close with at least some of the cast.

Holly, Heidi’s older sister, wasn’t shown much up until season 4 of the show. In season 6, she frequented the cast hangouts, and made a reputation for herself as a drinker. Since then, she appeared on I’m a Celebrity…Get Me Out of Here directly after Heidi and Spencer left. It was then rumored that she dated American Idol contestant Sanjaya Malakar.

Most don’t remember Emily since she only appeared in three episodes on season 2, but Emily was Lauren and Whitney’s competition during their stay at Teen Vogue. She was the New York-based intern, and was upstaging both the ladies in terms of impressing the bosses. Since then, Emily has done really well for herself. She not only went on to work for W and Vogue, but she also started a lifestyle blog called Into the Gloss, and is now the founder and CEO of the beauty company Glossier. 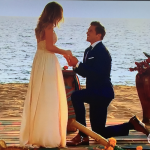 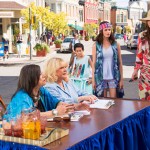