I recently walked away from a relationship. Sorry, a non-relationship. So I guess you could say, I’m dealing with a non-break-up. Non-relationships are tricky in that in order to protect ourselves we begin to place all of these judgments about what we should and shouldn’t be feeling. The first time I slept with this guy, I immediately judged myself for being excited about it. “Shut it down. You don’t want a relationship right now.”

Unfortunately, what we want and how we feel don’t always see eye to eye. I decided to try something new, to allow myself to have feelings without judging them. Yet here I sit, judging myself for this lump in my throat wondering how it is possible that I can feel disappointed after ending something that never really began? And how is it possible to be hurt when I’m the one that chose to walk away. In “official” relationships, it hurts because something ends. In “non-relationships”, it hurts because something never begins.

There is only a certain amount of time two people with feelings for each other can coast along without having to choose a direction. In the past, my mistake had always been letting the other person decide, and pretending to be okay with whatever that was. I didn’t want to do that this time. I was not conflicted about how I felt about this person. But I was conflicted about where I wanted it to go, and whether or not I was okay with it staying where it was. Although we were definitely not at a point to make that decision, I did know what I didn’t want it to be. I didn’t want it to be just about sex.

Until now, I had never had the courage to speak up in a relationship, because I always had this irrational fear of not getting the response I wanted. That was my mistake: thinking that the other person’s response could alleviate my fears. The truth is, no one can do that except for you. You have to know what you want, how to say it, and know that you are strong enough to walk away if you don’t get it. The simple act of doing that made me feel better about myself than any guy ever could, because as cheesy as it sounds, it came from me. I tried to keep it concise and simple. I said “I’m not sure what I want this to be yet, but I do know that I want and deserve more than just sex. If you are on the same page, great. If not, I can no longer continue.”

The funny thing, once I sent it, I no longer cared about the response. Would it have hurt if he had been like “Well, I’m really just trying to f*ck ya, so, have a good life!” Perhaps, although he isn’t a raging douche bag so that probably wouldn’t have happened. The point is, even if I did get rejected at that point, what was more important was gaining a sense of power that I never realized I had.

I have always been the passenger. The doormat. The “chill” girl who never spoke up because she didn’t want to come across as having feelings or God forbid, standards. The fear of “the crazy card” had paralyzed me one too many times, and I realized that it was bullshit. The reality is, if he had taken what I said as “crazy”, “needy”, or “overly demanding”, then he would have been the asshole, not me. Nothing anyone thinks or says about you is valid unless you choose to believe it. The fear of what someone might think isn’t a reason not to speak up. Fortunately, I did get a good response from him. I gave him an out, and he chose not to take it.

I wanted this to mean that we could continue our “casual, more than friends, but less than a serious relationship” thing we had going on, because it seemed to work for the both of us. Until I realized, it didn’t in fact work for both of us. I wanted to be okay with it, but I wasn’t. And I realized the source of my inner conflict: knowing that I probably should, but didn’t want to walk away from something. It wasn’t because I’m afraid of being alone. I actually prefer to be alone. It was the fact that I didn’t want to walk away from something I enjoyed, but knew wasn’t good for me in the long run.

I’m not saying it’s true for everyone, but it is for me. Casual sex can only be casual if there is truly only a physical connection. If there is something more, and by that I mean, a friendship, or any other type of connection that occurs when the two of you are not naked, casual sex is an illusion, not a reality. I was more than just sex to him, and he was more than just sex to me. But that doesn’t mean it can or should continue.

It is so easy to overlook the facts because of our feelings, but the truth is, if it isn’t going to progress, both people are at risk of getting hurt. I was upfront and honest about what I wanted, and so was he. If I chose to stay, he would not have been the one hurting me. I would have been hurting me. It is scary to confront these things. Because once we see it for what it really is, we have to deal with it. And that might mean walking away, even if we don’t want to.

Am I a little bummed? Yes. But when I am done writing this, I will shake it off, and move forward. I lost nothing. I mean, maybe some good sex, but hey, there are other dicks in the sea. I am proud of myself, because for the first time in my life I was able to recognize when someone was not able to give me what I need and know I deserve. I traded in some good sex for what I hope will be an even better friendship. But more importantly, I found the strength to walk away from something that wasn’t right. And as much as it sucks, it also feels pretty fucking good. 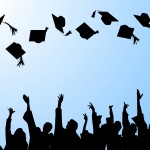