A white van. A Jamaican driver. His name is Justin. And he will take you anywhere you want to go for only 5 dollars. 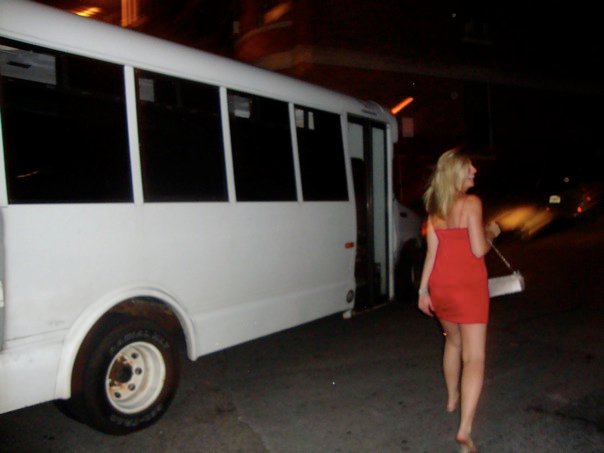 One night last summer, I was outside with four of my girl friends decked out in dresses and heels trying to hail a cab. Boston is NOT New York City – by any means – and the cab situation (actually any situation involving transportation) is extremely fucked. We were out there for a good five minutes trying to wave one down when all of a sudden he opened his doors and popped the question.

“Do you girls need a ride?”

Now, you’re probably thinking, “WTF. Did she say yes?” Umm yeah, we said yes. We were drunk. And he was available.

No, but really – we were skeptical at first. His van looked like an airport shuttle – no wait, it was an airport shuttle. And after a collective decision that the airport-shuttle-turned-party-bus wasn’t entirely too sketchy, we got inside. We sat in the seats laughing as the driver blasted Lady Gaga’s Bad Romance. He had no idea how much money to charge us. Instead, he asked us how much a cab would have been? We drunkenly decided to pay him $5 each. My friend got his number and put him in her phone as “dparty bus,” mistakenly putting a “d” before “p.”

And that is how it begin. During our next ride, we learned his name was Justin. That time, we brought about 15 people on the bus. Justin was going to make bank. 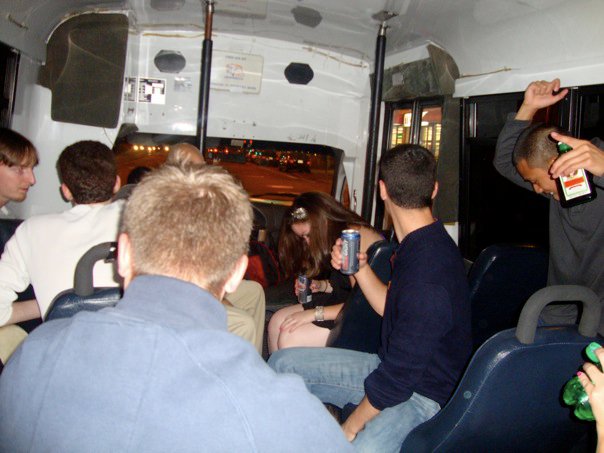 Justin was loving this. Especially when we packed 20+ people on the bus. For instance – my birthday. I called Justin at 3 in the afternoon to make sure he was going to be around that night and could pick us up (one night he was at Foxwoods, so he wasn’t always around). Justin agreed to pick us up that night and was right on time. 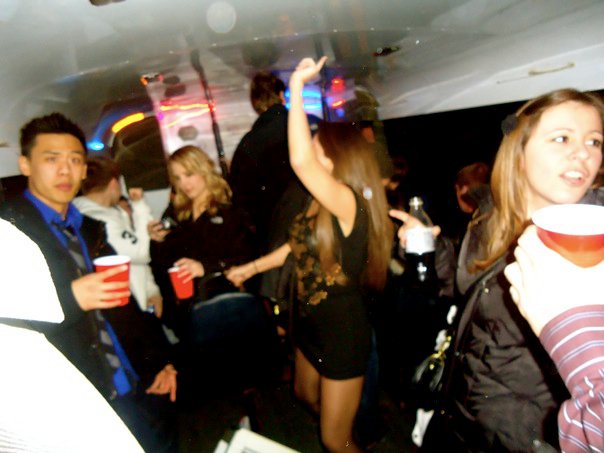 Two months ago, Justin revamped his bus. He took out the “airport shuttle looking seats” and put them up against the sides of the bus – kind of like a limo. He also added a dance floor and stripper poles. Wow – Justin was really rolling in the dough and trying to get some more business. He also most likely quit his job as an airport shuttle and bought the bus (unless he actually owned it in the first place).

Months later, Justin is now “city renowned.” We aren’t his only customers anymore. If we ask him to pick us up at 10, he will sometimes come at 11… Sometimes, he won’t even come at all. He screwed us on important birthday festivities and nights we wanted to rage. The last time he ruined our night was 2 weekends ago. We were going out for a friends birthday and I asked him to come get us at 10:15. We had to get to the bar by 10:45 or else we wouldn’t get in and would have to freeze to death in a ridic line for 30 minutes (gotta love Boston). To our surprise, he picked us up at 10:45 and since there were only 6 of us in the bus, he proceeded to pick up a group of obnoxious college-freshman-looking-girls on the way and wait for their other obnoxious college-freshman-looking-boyfriends. Six people would only be a $30 profit, and Justin knew he could make much more than $30 that night. After wasting time waiting for these oblivious students who didn’t know that their fake IDs may not work after they stand in an hour long line at the bar they planned to go to, we got out of the bus and walked down the street to more casual bars – bars that we were not in the mood for.

And that was the last time I saw Justin. He got all corporate on us. He was too cool.

However, he is not the only fake party bus in town. I’ve seen a few – one is white with a red stripe down the side… and another is black. Have you been in Justin AKA DParty Bus? Have you been in one of these other mysterious party buses? LET US KNOW. We need another ride. The search is on.