There’s a standard set of things that every recent college grad misses about college. The ability to drink four days in a row without a hangover, living with friends, sharing clothes, taking a personal day and skipping class just because you feel like it, front porch day drinking, free day Fridays. The list goes on. After graduating college and beginning my first full-time job, I’ve discovered an array of things that I never expected to miss upon entering the real world and realized that I took advantage of during the glory days known as undergrad.

I don’t know about you, but watching “LIVE with Kelly and Michael” every morning was the only way to start the day and watching “Ellen” after a tough day of exams just made everything better. Working 8 AM – 5 PM everyday doesn’t allow the privilege of watching these daytime staples. My days feel incomplete without seeing Ellen’s dance moves and hearing Kelly and Michael’s banter. My DVR is full of their shows and I constantly binge on the weekends, not with Taco Bell and Fireball, but with Kelly, Michael and Ellen. It wasn’t until I was ripped apart from my TV family that I realized how much I truly cared for these daytime personalities.

2. Not Wearing a Bra

Point blank: sometimes you don’t feel like wearing a bra. In college when the urge overcomes you, you don’t have to succumb to society’s standards and unwillingly stuff and lift yourself into a lacy piece of spandex. You simply throw on an over sized hoodie and hope no one notices. This is sadly not possible in an office setting. Wearing a hoodie in itself is looked down upon. But going braless? That’s unprecedented. While I knew that my time not wearing a bra was fleeting, I didn’t realize how disappointed I would be every morning when latching those little hooks.

3. Living Close to a Convenience Store

My house in college was in a prime location: one block away from the bars. Sitting on the front porch and seeing the line forming outside The Pub was a luxury I knew would end too soon. However, I didn’t realize that living a block away from BP would be missed as much, if not more. BP became our go-to for all snack and booze needs. Beer? Got it. Four lokos? Absolutely. Ice cream at 10 PM on Sunday? You betcha. Chips and candy? They have anything your heart could possibly desire and it’s all only a two minute walk away. The best part? NO BRA NECESSARY! I can’t count the number of times I walked to BP braless and in my slippers just to get something to snack on when I was too lazy to go to the grocery that week. Who knew that having to put on real clothes and then actually get in a car and drive to any sort of convenience store would be so painful.

4. Obsessing Over TV Shows With Your Roommates

I have an unhealthy obsession with “Pretty Little Liars.” Luckily, all of my college roommates were equally obsessed. Every Tuesday night we would gather in the living room and sit in silence for an hour while we laughed, screamed and had OMG moments together, all based on the actions of one little TV show. It wasn’t until recently that I realized PLL isn’t standard viewing for 20-somethings and it is generally looked down upon for “adults” to watch shows on ABC Family. Needless to say, I was extremely disappointed and embarrassed after I began gushing about the last episode’s plot twists one Wednesday morning and no one returned my glee. From now on, I will continue to obsess in silence over TV shows meant for high school girls. 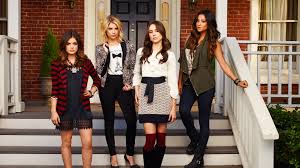 5. Only Socializing With People From Your Generation

My college friends will spend hours speaking in only movie quotes with no need to elaborate or explain the meaning. Everyone has seen the same movies, listened to the same music and experienced the same world events. Once I began working, I realized that this is no longer the case. I don’t understand the majority of comments my co-workers make simply because I wasn’t even born when the subject was popular. “Fraggle Rock?” “Eureka’s Castle?” No recollection. No, sorry I don’t know why you’re so upset the Kris Kross rapper died because I wasn’t even born yet when they were popular. The same problem arises whenever I try to make a witty remark to someone. Everyone my age understands comments about “The Sandlot,” “Mean Girls” and “Bridesmaids.” But saying one “Bridesmaids” quote to the wrong person can put a flag on your HR folder instantly.  From now on I’ll stick with reciting Ellen’s Classic Joke Tuesday tweets.

I guess the saying is true, you really don’t know what you have until it’s painfully ripped away from you by an 8-5 job. Is it too late to apply for grad school? 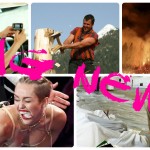 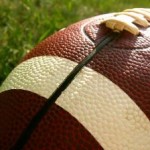