College football season has officially kicked off and I, for one, couldn’t be more excited, but not for the reasons you might think. Don’t get me wrong – I love the game, but sometimes there is such a thing as too much football. These are the top five reasons I’m excited it’s finally football season, with none of the reasons being the actual sport. 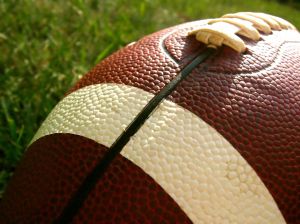 Do you ever wish that you had a few hours to just lay around alone with no one to bother you and tell you that you could be doing something more productive? Or that your hobbies resemble those of your grandma? Well, now that football season is in full-swing, my boyfriend (the perpetrator of the offenses listed above) will be preoccupied and will now begin ignoring my Netflix and young adult novel binges. For a solid three months, any time he’s watching a game I know that I can veg out without interruption. This is my way of turning the negative of being ignored into a positive.

NO ONE YELLS AT YOU FOR TAKING IRISH ASPIRINS AT 8:00 AM! If that doesn’t get you excited for football season, then you’re not a true forever twenty something. Also acceptable morning drinks: Natural Light, Hot Nuts, tequila sunrise, Cali Swag Bombs, Irish Breakfasts… basically anything that you could only stomach from the ages of 18-22. To properly pregame for college football games, you must drink like a college student.

If I had to pick one type of food to eat for the rest of my life, tailgate food might take the cake. Buffalo chicken dip, chili, nachos, meatballs, taco dip, Skyline dip: all extremely unhealthy and extremely delicious. Plus, nothing makes a better chaser for your pre-game drinks than high caloric and fatty foods. 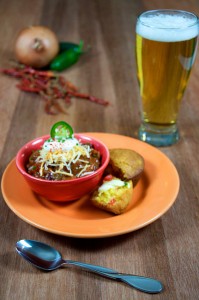 It’s no secret that I am an avid fan of napping. The way I feel when I wake up from a long and rejuvenating nap is equal to… well… it’s in a category all of its own. Falling asleep on the couch to the cheers of a game on TV, windows open and a cool breeze flowing through the house, pumpkin spice candles burning, cuddled up in an over sized blanket, all after just eating a bowl of chili is an experience I enjoy too frequently in the fall, but I wouldn’t have it any other way.

5. Not Shaving Your Legs

Shaving your legs is one of the most agonizing, yet unavoidable, chores known to man. In the summer it’s basically a necessity as you’re constantly showing off your stems. Once fall rolls around and you’re suddenly wearing jeans every day, you begin procrastinating taming the beast that is leg hair. You think, “Oh, they can last one more day.” Before long, it’s a full grown forest on your legs and yet NO ONE NOTICES! Sometimes it’s the little things like saving 15 minutes in the shower and not having to throw money down the drain on razor blades that makes changing seasons most exciting.

When I first began my “big girl” job, I thought I would love being able to dress like the professional woman I am every day. I couldn’t have been more wrong. That excitement of wearing dresses and heels daily wore off as soon I found my first blister. With football season comes football clothing and, even better, wearing said football clothing to work on Fridays! Nothing makes me happier than daydreaming about still being in college while sitting at work in an Ohio University sweatshirt. Now, if only I could be sipping a PumKing… a girl can dream.

While I will never turn down tickets to an Ohio State Buckeyes game, sometimes I think the best way to spend football season is doing these activities. Pre-gaming and tailgating outside during home games for your favorite team, “accidentally” napping during away games and just being able to enjoy some “me” time during games you frankly don’t care about is, in my opinion, the best combination of football season activities. 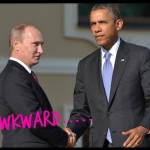 So…That Happened…: The G20 Summit, Radiation, Liver Failure and Unemployment (but at least there is eye candy too)