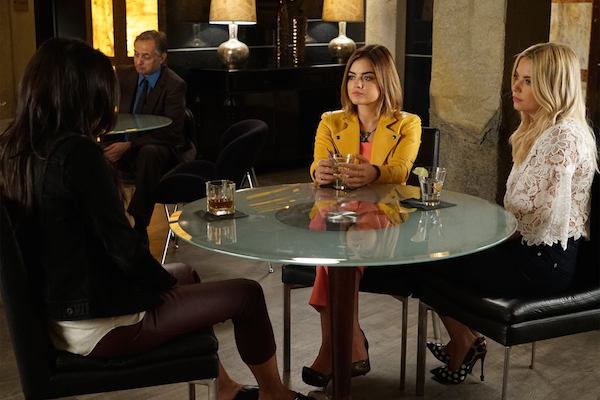 The spring finale of our beloved Pretty Little Liars is airing Tuesday, meaning after that we’ve only got one season left. That might not seem like a lot, but after 6 seasons of having questions answered and then finding out those answers were lies, we still have a long way to go. And you know what — after this long, I am starting to lose interest. I hate to say it, but so many things have pissed me off about the time jump (most importantly that they are supposed to be 23, but act like they are 28).

Here are 8 things I don’t care about anymore on PLL, but deep down inside I probably DO care about these things — I just care about them way too much that I don’t want to care anymore. That was confusing. Anyway, here you go –

Seriously, there have been more A’s than there are Beyonce fans. I am #OverIt.

How can a friend date their friend’s ex and think it’s okay? It’s not.

Hanna’s fiancé is hot, has a great accent, and a lot of money I think, but he is way too boring and normal for the show. Unless he is involved in Rosewood drama, their relationship is one giant snooze fest.

Remember when she was a mean, badass bitch? I loved her then. Now she is way too much of a nice girl.

**I will now take a moment to note I am still highly invested in Aria’s love life, but that’s only because she’s got something kind of going on with her OG, Ezra Fitz.**

This is partially because her dramatic money troubles are on and off. At the beginning of the season she was in such a dark place, but this hasn’t really been touched on since she lost her eggs. And now I don’t care anymore.

They literally all just up and left their jobs to return to their hometown and drink lots of coffee. I get that they have to stay in Rosewood, but can’t they get jobs in Rosewood? Can’t they work remotely? Can’t they travel in and out of Rosewood and be there the majority of the time? Do these girls care about their success? I mean, Aria is writing a book so I guess she’s all set, but Hanna literally quit her job. And are we supposed to believe Spencer’s job in DC is okay with her disappearance? And why isn’t Emily bar tending? Or maybe she is, but why don’t we see this?

Mona is the girl who cried evil. One minute she’s good, the next minute she’s bad. And I am done with her nonsense. I actually don’t care.

Sara Harvey is to PLL as Anna was to The OC. GO AWAYYYYYYYYYYYYYY, your haircut sucks.

I guess what I do care about is that these girls make it out alive. And who has a twin. My new theory is that Ali’s mom has a twin and that her mom is actually still alive (hence her *ghostly* hospital visit). But I could be wrong.

Regardless of what I said on the above list, I will be sad when Pretty Little Liars ends. Mostly because I won’t have anything to do on Tuesday nights anymore, but I guess it will be nice not to rush getting dinner ready to be on the couch by 8pm. We’ve got the spring season finale Tuesday and ONE season left after that. 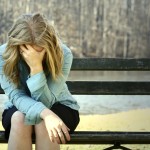 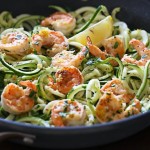 4 Ways To Trick Yourself Into Eating Vegetables (And Enjoy It!)