Early 20s. Mid 20s. Late 20s. They’re all so similar, yet all very different. It’s crazy how much a person can change in a span of 10 years and not even by force. It happens so fast. It feels like yesterday I was 23 and complaining that everyone at the bar looked like they were 21. Now, I’m almost 27 complaining that I want to look 21 again. I don’t have the same interests that I did when I was 23, but there are certain things I would love to go back and tell myself to do differently.

Here are 13 things I wish I knew in my early 20s. If you’re between the ages of 21 and 24, listen up and start living because soon enough you’ll be closer in age to 30 too.

1. You’re not losing friends. You’re finding out who the real ones are. As I progressed from my early 20s to my mid-20s, I started to notice I was losing touch with a significant amount of people. To me, it seemed like I didn’t have as many friends as I did before and that upset me. However, I soon realized I was actually getting closer with a smaller amount of people which is in fact better than having “50 close friends.” In fact, having “50 close friends” is basically impossible.

2. If you want to move somewhere new, do it NOW. The longer you wait to start a new life, the more settled you’ll feel where you are and the older you’ll be. You’re only in your early 20s once and the time goes by quickly. If you want to try something new, now is the time.

6. Not everyone is going to like you. And you’re not going to like everyone back. Stop caring so much about what people think of you and stop trying to please everyone. Just be yourself. Those that like you will like you, and those that won’t, won’t. That is life.

7. Don’t chase titles. In relationships OR in your career. Find what YOU love – not what you think “looks” good on paper (or on Facebook) – and go after those things.

8. Save your money. You don’t need to buy a new outfit for every night you go out. You don’t need to spend tons of money on an apartment, especially when you can live at home. Just because you’re making money doesn’t mean you can spend it all. Save as much as you can.

9. There’s nothing wrong with living at home with your parents. So do it if you still can. Moving out at 24 or 25 or even 26 is okay. If you have the opportunity, live at home and save money. Don’t rush to move out and spend money on a shit apartment.

10. If you think you want to switch career paths, test it out now. Don’t feel like you’re glued to one industry or field because of what your college degree says. If you think you want to try something new, now is the time. You’re young and if you find the job you choose isn’t right, you still have time to switch it up again. In fact, you have time to keep switching it up your entire life. But right now you shouldn’t be afraid to experiment.

11. Go out as much as possible. The older you get, the less you’ll go out. It will get harder and harder for your friends to get together. Sure you’ll start to notice yourself and your friends going out less, but believe me — you’re going out A TON compared to how much you’ll go out in your later 20s. Unfortunately, it will never be the same, so enjoy it while it lasts.

13. YOU’RE NOT OLD. As a college graduate, you might feel “old,” but you’re not. You’re one of the youngest people in the workplace. You’re at the very beginning of your career and the opportunities for you are endless. Stop talking about how old you are and just enjoy your life and your youth — because your youth is very much still alive. 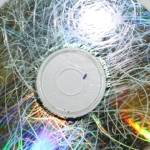 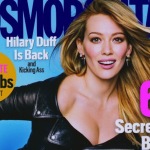 10 Reasons Why I Love Hilary Duff