Call me crazy, but I feel slightly uncomfortable whenever I wear one of the below. Yeah, I still wear these items. But is it okay?! 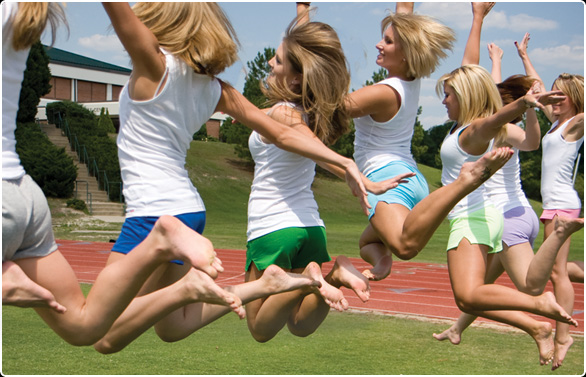 If you’re not familiar with soffe shorts, they are those cotton colored shorts girls wore in high school that they rolled over 3-4 times in order to maximize the view of their ass. As a former cheerleader, I used to live in soffe shorts. I had a pair in basically ever color and then some. When I graduated college and was no longer able to call myself a cheerleader, I still lived in soffe shorts. They were my pajamas. My beach wear. My gym clothes. No I wasn’t a cheerleader anymore, but you could definitely catch me sporting my college colors in a t-shirt I got for free with matching soffe shorts on the treadmill. One day, though, I noticed that I was the only one in my entire millennial-filled gym wearing soffeeshorts. Everyone was in tight yoga capri pants with cute workout tanks, and there I was in an “ITHACA CHEER” t-shirt with light pink cotton shorts. What an asshole I was. I started to feel slightly uncomfortable, but I was in no way ready to give up my cheer-tastic apparel. Eventually, after I started taking group classes where you were forced to look at yourself (aka me in my soffes next to everyone else in their tight black pants) in the mirror, I had to go out and get real workout clothes. It was time.

But now, a couple years later, I’m not sure what to do with all these soffe shorts. I like to wear them during Summer. They’re so easy. They’re so comfortable. They’re great for the beach. And for walks. And for when you’re grabbing a coffee. And for THE GYM. But can I still wear them to the gym? Can I wear them to the beach? CAN I WEAR THEM AT ALL? Because I’ve got, like, 99 pairs of soffes and yoga pants aren’t as fun. #Help 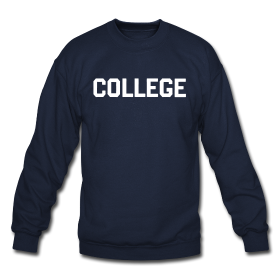 Recently, after going out in yoga pants and an Ithaca College sweatshirt, I thought to myself “am I too old to be wearing this?” Sadly, I realized that I had purchased that sweatshirt over four years ago (maybe five) and it might be time to move on. BUT NO. I MAY NOT BE A STUDENT, BUT I WILL ALWAYS BE AN ALUMNI.

But does that mean I can wear this sweatshirt forever? Probably not. I know wearing anything with your high school colors was a big NO as soon as you stepped foot on your college campus, and I know these rules did not apply when we graduated college and stepped foot back in our childhood bedrooms — but four years later should I have already moved on to new sweatshirts? Sweatshirts from new places? Yoga sweatshirts? Maybe even a NEW college sweatshirt? When in college, I used to buy a new sweatshirt from the bookstore every time I sold my textbooks back at the end of the semester and got a whole bunch of (my parent’s) cash. But now, what if I want a new sweatshirt??? Do I not buy one because I’m not in college and I’m not supposed to be wearing them? I’M SO CONFUSED.

Wearing a college sweatshirt now also makes me paranoid that people are in fact going to think I’m a college student when I’m not. But why is that bad? I don’t want people to think I’m old. So maybe I should keep wearing that sweatshirt for as long as possible…. Okay, I will, thanks. 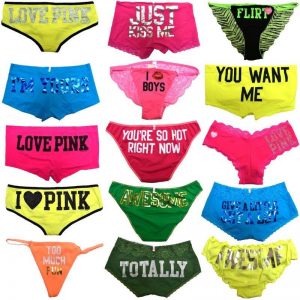 Once upon a time I was introduced to the 5 for 20… which later turned into the 5 for 25… and is probably now the 5 for 50. I would go to Victoria’s Secret, grab 5 cotton thongs with the least material possible and buy them with money I’m not quite sure was my own (thanks parents) because they were 5 for 20. WHAT A DEAL. Sometime during college, I decided I wanted more “mature” underwear. I wanted to have other options of lingerie than a bunch of green and blue striped underwear. So I set out to Victoria’s Secret, ignoring the 5 for 20 (which at this point was 5 for 25), and bought pretty lace thongs — some with matching bras.

Over the years, I’ve accumulated many pretty lace thongs along with other “cute” and “comfortable” undies (not all from Victoria’s Secret though because, let’s be real, that shit is expensive and I am kind of poor)… but not enough. YOU CAN NEVER HAVE ENOUGH. I probably have at least 70 different pairs of underwear and SOMEHOW I always go through all the good ones and have to wear the Pink collection underwear and then somehow I go through all the Pink collection underwear and have to wear even more ancient underwear that doesn’t even fit.

It’s like at that point I know I should do laundry and also throw out maybe half of the underwear in my underwear drawer, but I never do. So it happens again. And again. And again. Am I the only 25 year old still wearing thongs from Victoria Secret’s Pink collection that I purchased when I was in high school? If so, I am going to go hide in a corner now, bye.

Clothes from the Juniors Section 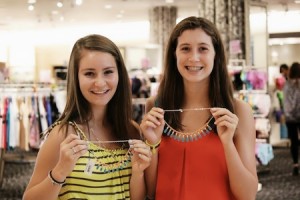 Most recently, I was hanging out in the Juniors section at Nordstrom shuffling through a rack of these decently priced t-shirts that I’m pretty sure I have in every color. I went to try them on (to choose the color), and next to me in the dressing room were three very young, very annoying girls shopping for like, a party they were so excited for they just couldn’t. At that moment, I realized I was 25 and I was shopping for the same clothing as girls who were 13. I immediately got dressed and made my way out of the fitting room only to get a glare from the mom chaperone who was helping dress these girls in the clothes I very much love to wear.

I left without buying anything and made my way upstairs to pursue the designer shit that I can’t afford and pretend I can in fact afford it — just not today.

So… is this the end to me shopping in Juniors sections? HELLS TO THE NO. But I feel like one day I WILL have to stop shopping at certain places and become an adult. I mean, I don’t want to end up one of those “I’m-not-a-regular-mom-I’m-a-cool-mom” moms who wears the same clothes as their kids… But when will the change happen? Should it be now? Because I DON’T WANNAAAAA.

Honorary mentions: Shirts that expose my breasts, Uggs (as slippers – I wouldn’t wear them as anything else), Anything from Urban Outfitters, Crop Tops (not that I could ever wear a crop top), Glittery Headbands, T-shirts from college, (the one is for boys) things from American Eagle (the answer is no — it is NOT okay to still be wearing apparel from American Eagle), patterns from 5 years ago (I mean, everyone would probably somehow remember you got the shirt with flowers on it 5 years ago and make fun of you because of that… wait…), Khaki Pants, Hoop Earrings (jk — it’s never okay to wear hoop earrings), Forever 21 anything, THE LIST GOES ON.

What would you add?! 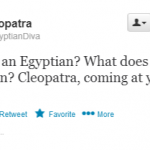 What Would They Have Tweeted?