Heading into your 20’s, you have the mindset of “I’ll grow out of it.” Reality: NOPE.

In fact, many things you associate with your awkward teenage years are even worse once you hit the big 2-0 and beyond. Here are a few.

Zits. Do not throw away your Retin-A. Breakouts do not discriminate. Pimple on school picture day? Your mom will still love you and carry that wallet-sized pic in her purse forever. Pimple on a job interview? Your boss will always remember the mountain on your chin. Okay, I’m being dramatic, but it sure seems that way. 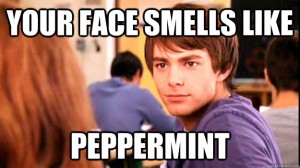 Wearing the same outfit as someone else. Scenario: you walk into a bar, feeling really bangin’, then you immediately see some bitch wearing the same Forever 21 dress as you, only better. Find darkest corner and drown your sorrows in a gin and tonic. Rewind a few years, arrive at prom in a Hummer limo in that magenta gown you got at Macy’s…only to see a similar bitch in the same dress. SOCIAL SUICIDE. Both equally horrible feelings. But worse when you’re an “adult” because you’ve supposedly developed your own sense of style. The worst part? You’re stuck with that F21 dress if you took the tags off, or stuck in a cycle of store credit. You can’t win. 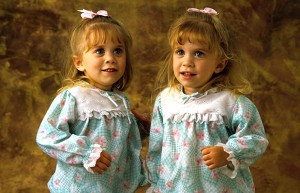 Running into your ex. Regardless of whether or not you still have feelings for said ex, this sucks. When you’re 16 or 17 it probably doesn’t matter cuz you probably dated that guy for like a week. Ok, things got serious, a month. Now that you’re a quarter century old you have a lot of things to think about. Is my life together (or at least appears that way)? Do I look as hot or hotter than when we were together? Do I start a conversation? Should I be friendly? The struggle is real.

PMS. This sucks at any age. But once you’ve reached adulthood, you can’t go to work in a pair of sweatpants. You could call in sick if you feel like someone put a vice around your middle, but you can only do that so many times before your boss starts getting suspicious. Unless your boss is a woman, in which case she may or may not understand. You also can’t stuff your face with brownies, candy bars, a pint of Ben and Jerry’s, pizza, Chinese food and French fries. Disregard this if you have fast metabolism (I hate you) or nonexistent PMS (I hate you even more.) Also, people in the real world are less tolerant of your hormonal mood swings. They don’t want to know what’s going on down there.

Getting up in the morning. In high school you can roll out of bed and go right to school. After college, if you want to remain employed, you should probably take a shower. Or throw on a headband. Then put on real clothes (possibly ironed. Possibly ironed with a hair straightener.) It’s a process that requires a lot of effort. And even worse, your mom is not around to yell your name repeatedly or bang on the door to get your ass up. There’s probably nothing that even resembles breakfast in your fridge (no, beer doesn’t count.) You have probably hit snooze one too many times to have any chance of arriving on time. You can’t win here either. 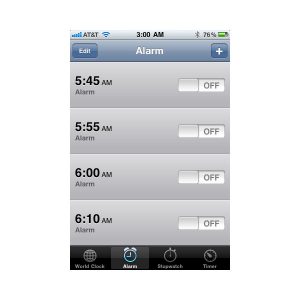 So no, it does not get better. Except those rare days when you have a flawless face, are wearing a completely original outfit, haven’t run into your ex, aren’t PMSing and don’t have to get out of bed. Which so far, hasn’t happened to me. 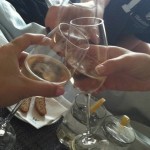 How I Feel When It’s Finally Friday

Wait…Who’s That?: The South Korean “Queen of Skating” Who Won Silver