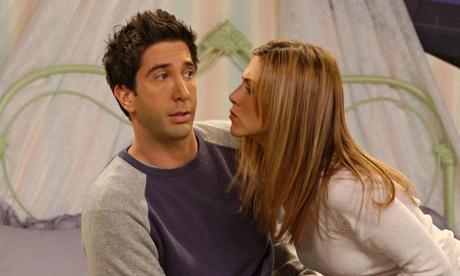 I’ve started watching Friends for the first time (before it was put up on Netflix this month, which I’m glad because I was getting tired of trying to find a good streaming website). I know that it has been over 10 years since the finale, but back then I never understood the hype. I’ve never really cared for sitcoms–the laugh tracks, the catchphrases, and the bizarre scenarios characters find themselves in. Then my boyfriend suggested we start watching it.

I’m now in the middle of season five and I must admit I’ve come to appreciate the show. I understand the hype. They address situations we have all dealt with in our 20s. From working shitty part-time jobs to the woes of having roommates. But there is one episode that has caused a lot of debate between my boyfriend and me.

The one where Ross and Rachel take a break.

[youtube http://www.youtube.com/watch?v=EJq3_FVR894?rel=0]The famous fictional couple have a big fight and Rachel suggests they take a break. Now I’m not going to get into who was right or wrong. Whether Ross cheated or didn’t. Instead, here are eight things we can all learn from Rachel and Ross taking a break so we don’t ever make the same mistake as them.

1. Never surprise your significant other with a picnic at work when she’s busy.

This is what started the entire argument between the two. Ross had planned a special evening for their anniversary. Sadly, Rachel was no longer working at the coffee shop and couldn’t take a break anytime she wanted. Ross then thought if he couldn’t go to dinner with his girlfriend, he’d bring the dinner to her (candles, wine, and all!). You’d think a person who was busy the entire day would be hungry and elated to see someone bring a picnic. Not if you’re Rachel Green. You get annoyed when your boyfriend grinds pepper and accidentally starts a fire with those aforementioned candles.

2. Don’t assume you deserve an apology after an argument.

When Rachel comes home to Ross eating said anniversary picnic, he told her that he understood she was stressed out. Apparently that wasn’t what he was meant to say. He was supposed to apologize for coming to her work with a picnic basket because that’s unacceptable behavior, unless you’re a park ranger. (Rachel’s words, not mine.) When he doesn’t apologize, she tells him they need to take a break.

3. Define what a “break” is at the start of a relationship.

Ah, the beginning of a relationship. It’s often times the best. We’re learning about one another for hours on end: Their quirks, their likes, and their dislikes. Oh, and what each person defines a break as. Ross thought a break was a period to cool off and get some frozen yogurt. Rachel disagreed. What she meant was a break from the two of them. But instead of inquiring with Rachel whether this was a break or a breakup, he walked out the door. If the two had discussed what a break was beforehand, Ross probably wouldn’t have stormed out and gone to a bar.

4. Find a balance between your love life and work.

It’s not often we find someone who is willing to pay us money to do something we love. That thing Rachel loved and was good at happened to be this new career of hers. Unfortunately, it started taking up so much of her time that Ross felt like he was put on the back burner. He soon became insecure and started getting suspicious of a male co-worker of hers named Mark.

5. Don’t go drinking with friends after you’ve been told you’re on a break.

The idea of commiserating over a few drinks sounds appealing at first. But the reality is, it’s not. The morning after you’ll immediately regret your decision. Now I’m not very good at math, but I’m pretty certain that alcohol + broken heart = poor decisions. When inebriated, you’ll think it’s a great idea to text your ex-boyfriend lyrics to that one Kelly Clarkson song. Or, you’ll do something like Ross did (See number 7).

6. Don’t let that co-worker invite themselves over after you’ve had a fight with your significant other.

Even if the relationship is strictly platonic, it doesn’t look good, especially to someone like Ross. Although Rachel tried to tell Mark that he shouldn’t come over, she still let him in the apartment. And he wasn’t even that insistent! So when Ross called to make up, he ended up hearing Mark in the background.

7. After a bitter fight, don’t go into the arms of someone who works at a copy center (or anyone’s arms, really).

No matter how angry or upset you are after an argument, it’s never worth jeopardizing a relationship over. But that’s exactly what Ross did. A better idea is to go home and read a book or binge watch something on Netflix.

But perhaps the most important lesson learned from the episode is this. One would expect it’s basic knowledge to never say or do anything you don’t want to say or do. Even if you are in the heat of the moment, for god’s sake don’t say something you don’t mean!

Jamie has been writing since Xanga was cool. She writes about an array of topics, including relationships & the opposite sex, post-grad life, and pop culture. Other notable things about her: She's a cat lover (actually all animals), Netflix binger, and Junior Mint eater. She also enjoys laughing, reading, and using too many commas. 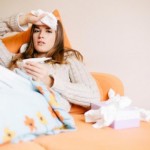