Long before we only listened to techno music and wanted to constantly rage, there was a time when things were different. A time when we listened to all sorts of music while sitting at our computers, ‘chilling.’ A time when the music we put in our AIM profiles and away messages would make or break us. Now, when you think about what music you listened to in high school, you probably think DMB, Pearl Jam, Oasis, and Third Eye Blind — but there was actually a whoooole lot of other music out there that you listened to. Like, music that came out during the four years you were actually in high school. And a lot of it you may have forgotten about.

Before I bring you the list, you must know breaking four years down into 100 songs is NOT easy. The list had over 400 songs on it at first, but after carefully ridding of songs (mostly I just didn’t include the same artist/band twice) I brought it down to 100. But I admit — it’s missing a few gems. And I also admit — it’s extremely biased. I was a girl who loved rap music and ‘scene’ music (and thought I was from California), so such songs do take up the majority of the list… But anyway, without further ado (whatever that means), I bring to you 100 songs I thought were awesome in high school: 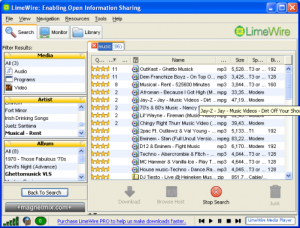 96. Just Want You To Know – Backstreet Boys (yeah, they tried to come back for a hot minute.)

94. Time To Dance – Panic! At The Disco (Okay — I was obsessed with P!ATD for a few months and I can honestly now say I have no idea why. This song is not that good. UGH.)

92. Seven Nation Army – The White Stripes (the easiest song to play on guitar… because I tried to play for, like, a week and gave up.)

66. A Lack of Color – Death Cab for Cutie (Seth Cohen loved this song so naturally, I did too.)

28. We Are All On Drugs – Weezer (oh yes… Weezer made a comeback… Bev Hills anyone? This song was better.)

20. Through The Wire – Kanye West (Kanye wasn’t even famous yet. And I was obsessed with this song. Foreeeeshadowww.)

18. Sweetness – Jimmy Eat World (Yup — one of my favorite songs ever)

17. Blinded – Third Eye Blind (Well, this is actually my favorite song… so including it)

13. Cute Without The E – Taking Back Sunday (High school anthem? yes? no?)

6. Ocean Avenue – Yellowcard (I seriously thought I was in California… I would always put this on in Hollister. Always.)

1. Ignition (Remix) – R. Kelly (Well, duh this is number 1. It’s being considered by The White House to become the new national anthem. But seriously. It is. Sign the petition.)

What Happens in Vegas: 7 Things Tourists Will Never Learn