By the time I was about to finish college, I had been to enough graduation ceremonies in my life to know I didn’t want to attend another.

The first was my sister Nina’s high school graduation. The valedictorian didn’t give a speech so much as she gave a stern reprimand.  She insulted all of us for attending a graduation ceremony rather than combating atrocities in Darfur and the Sudan. She also belittled the audience in other ways that are far too numerous and annoying to discuss. This set the bar for how bad a graduation speech could be.

Another irritating graduation experience occurred at my sister Michelle’s high school graduation. This speech, too, was from a valedictorian. The guy gave the CHEESIEST speech I’ve ever heard. He likened the K-12 experience to an ice cream cone. He made his case for how the various aspects of eating an ice cream cone were symbolic of the various aspects of high school. It was as painful as it sounds. The crowd was starting to get lost by the end. He also said that the little bit of ice cream that you get on your hand when you’re eating an ice cream cone is symbolic of the last day of high school and not to lick it off your hand. Ugh.

There’s a third horrible speech from a valedictorian in my graduation memories. You’d think that valedictorian’s would be smart enough to write a decent speech, but my experiences demonstrate otherwise. This speech was given at my sister Lauren’s college graduation. The valedictorian went on for almost an hour (I’m not kidding) about how amazing he was. What made it worse was that this was an outdoor graduation. The weather men said it’d be sunny. They were wrong. It was a downpour and the college didn’t have enough tarps to cover the seating area, nor did they have enough seating in general. More than half of the people were left out in the rain, and more than half of those people were standing. While people were getting soaked or crowding underneath a tarp, they got to listen to this guy talk about his academic accolades and how bright his future was. About 45 minutes in the crowd was visibly and audibly restless. The speaker had to periodically plead with the audience to let him continue. This graduation speech was brutal.

It may sound like I’m complaining, but I’m not. These experiences (as well as several others that I’m not mentioning because I don’t feel like writing a novel about how shitty graduations are—I could, trust me) taught me to NEVER attend a graduation ceremony if I didn’t have to.

Ask yourself this: Why do you want to sit in an auditorium with tons of people you don’t know, hear a bunch of hammy/pretentious/cliché speeches, shake the hand of the Dean—someone who probably doesn’t even know you, and “receive” a degree that you actually don’t get at the ceremony but receive in the mail a few weeks later?

There’s no point to any of that. It’s the worst kind of dog-and-pony-show. It’s the college swiping your last few dollars before you’re out the door. The only upside of a college graduation is that maybe you can take some cool photos for Facebook but that’s really it. Attending a graduation ceremony doesn’t provide any great memories, doesn’t solve any problems, and rarely imparts any profound wisdom (unless that wisdom is to never attend another graduation in your life).

Do yourself and your friends a favor: Skip the ceremony and go do something meaningful together to celebrate. You’ll be grateful that you did. 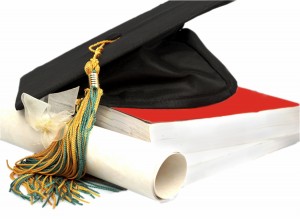 7 Online Dating Profile Red Flags To Watch Out For