I felt like for years I was the only person in the world who knew about Pinterest (except my mom, who told me about it). I also felt that it wasn’t something people, you know, “talked about” all the time. So for about two years, Pinterest was my virtual way of hoarding ideas that I might need at some point in the future. Now, everyone is on Pinterest, and if you aren’t, well you’re just missing out.

If you know anything about the site, you know there are a few solid categories in which everyone participates: clothes/style, recipes, apartment design, and – last but not least – dream weddings. Seriously, I literally have thousands of pins in these categories (and like 30 others) – but for what? I know everyone is asking, “what’s the point?” Other than diving into a black hole of procrastination, Pinterest is actually useful for lots of things.

Food & Recipes: I haven’t made all of the things I’ve pinned to my cooking & baking boards – let’s be real. But I have made several of those things, and people are always impressed! You know that Pinterest has consumed you when you proudly say “Look at my Pinterest recipe that I didn’t fail!” Oh, you want to remake that dish you had at Olive Garden, Pinterest has a copy-cat for that!

Clothes: Okay, so not many of use can actually afford to buy the designer clothes that these Pinterest models are wearing, but they are awesome inspiration. I can’t tell you how many times someone has said to me, “that is such a cute outfit!” when I’ve worn Pinterest inspired garb. Seriously, you can find knock-offs of those designer clothes in Forever 21 and H&M. I do most of my shopping according to the outfits I’ve pinned.

Home Décor: You know those homes you see on HGTV and DIY with the perfectly designed rooms and color schemes? YOU CAN HAVE THAT. Yes, that’s right, YOU. Last night I pinned like seven color palettes for my hypothetical house someday. I know exactly what I want my house to look like, all thanks to Pinterest. When I redecorated my room, I consulted Pinterest first. Yes, Pinterest has clearly taken over my life.

Weddings: All of you can sit over there and pretend that you don’t dream about your wedding, even if you’re single AF. All girls do it in some way or another. Maybe you don’t want the princess royal wedding. That’s okay – Pinterest has ideas for ANY kind of wedding, along with every single detail you didn’t know you wanted. My favorite Pinterest wedding idea I’ve found so far? A S’MORES BAR. Yes, you read that right. But that’ nothing compared to some of the stuff on there. Literally, there is something for everyone. If you’re engaged, you know you’re actually planning two weddings: Your Pinterest dream wedding, and the one you can actually afford.

You know Pinterest has taken over your life by one simple phrase: “I saw this thing on Pinterest the other day…” If you say this at least once a day, that’s it. You’ve gone down the rabbit hole and into virtual hoarding madness. Welcome to the club 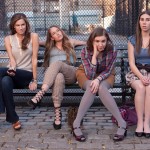 20 Things I’ve Learned in my Twenties 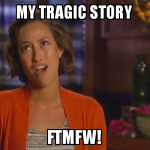 The Bachelor Breakdown: 50 Shades of Cray