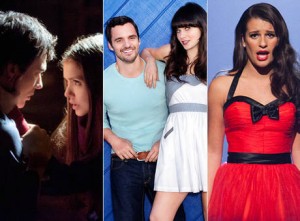 There are many reasons to be excited for Fall… one of those being the fact our favorite shows (and more) are returning to television! This Fall, we definitely don’t have as many new shows as we did last year… and the ones we do have seem a bit odd. A hospital for animals? A haunted NYC apartment complex? A modern day Beauty and the Beast? I mean… no. But we do have a lot of great shows returning and there are some new shows that seem like they have a chance of being decent. I guess we will find out what’s good and what’s not soon… But until then, here are some shows you might be interested in this Fall:

As for shows NOT on networks: Boardwalk Empire and Homeland are returning for those 20-somethings who have enough money to afford ‘premium channels.’ Obv, there are a million shows on the cable channels. And if you’re sick of networks and cable channels telling you when you have to watch something, you do have the choice of watching a web series. Here’s one you might enjoy:

So… What TV shows are you excited to watch? Check out this schedule to see which shows are premiering this Fall and let us know!