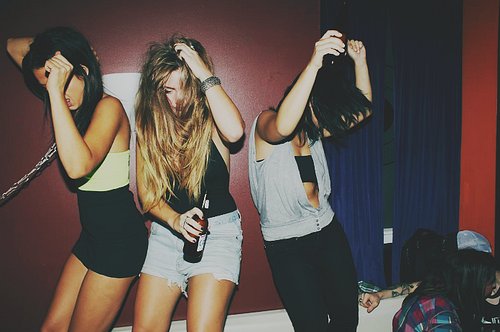 It was only a few years ago that I was running through the streets of Boston like a fucking idiot every Saturday night (I mean early Sunday morning) at 2am trying to convince a cab to pick me up while also ordering pizza to arrive to my apartment at the same time as me. But while this may feel like yesterday, so much has changed since – and I don’t mean my desire to go out or stay in (that has changed immensely, though) or the fact some of the bars I frequented most have closed (I just saw that the bar I had the most black outs at while 21,, Tequila Rain, closed – RIP). I’m talking about life in general.

In such a short amount of time (5-7 years), the game has completely changed. The music, the clothes, the “cool bars,” the “sexy necklaces,” even the transportation. Here are 5 ways my early 20s would have been different if they took place now instead of 2011.

1. I would probably have more money in the bank because I could have Venmo-requested people for all the cabs and drinks I covered in return of someone “getting the next one,” which no one ever did.

Sure, I wouldn’t have been able to get away with not paying people for stuff, but paying for an entire cab or buying a round of drinks is more expensive than the cost of one drink.

2. I would have stayed out longer instead of rushing to “call a cab” or to flag one down before everyoneeeeee else tried doing the same.

After spending some horrific nights walking the streets until after 3am hoping an empty cab would drive us home, I became traumatized. I had to make sure I was in a cab before the rush. Now, no one fucking takes cabs, so not only is a cab always available, but you’ve also got Uber and Lyft and other apps featuring real life regular people driving other people around in their real life regular cars. Uber and co were life-changing concepts, and kids today just don’t understand… They’ll never know the struggle!

3. I would have probably been okay with the thought of being single because now dating options are endless for young people.

“Back in my day,” when we graduated college we feared there would be no way to meet potential significant others and hookups ever again unless you found someone at a bar or met someone at work. With dating apps, though, you can meet 20 potential hookups just by sitting on your couch with no bra on. Like, college was disgusting enough. Imagine how weird it gets now. Or how weird it DOESN’T get. I wonder if people stay in a lot more now because they don’t actually have to leave their homes to find mates. Hmm…

4. My closet would not be filled with cutesy clothes. It would be edgy AF.

With subtle hints of goth and major whiffs of chic. I call it: goth chic! The ’90s, with an upgrade! Also, this is a given but my trillion statement necklaces would have been replaced with one choker, so I probably wouldn’t have wasted so much money on random necklaces from Francesca’s that I would wear a few times for one month until the gold started to fade.

5. I would not have taken a million photos and uploaded them to social media every weekend, naming the photo album after a popular rap song.

Instead, I would take a few Snapchats and upload one picture to Instagram (or a few select pictures to of those new picture series) from a night out. It wasn’t cool to be mysterious in the least back in 2010, but now it kind of is. We definitely overdid it with the pictures, guys. This is one reason I’m happy my early 20s happened “back then.” I was blacked out 85% of the time, so it’s nice having the memories. 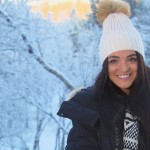 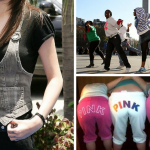