Unlike every other weekend since I graduated college, I started my weekend on Thursday. This was only because I had one of those awkward alumni events where you stand in a circle with the people you came with sporting a name tag while not talking to anyone else. Due to the awkwardness, I kept buying 10 dollar captain and cokes and before I knew it, I was buzzed. I hadn’t eaten so this was pretty much my fault. When I got home my roommate (who was with me at the post-college fest) and I made carb-heavy food and passed out. How pathetic is this? We couldn’t even handle a little happy hour after work. Pathetic.

After work on Friday, it was raining. And we all know what happens when it rains – post-grads go into hibernation and watch Titanic or whatever other cliche movie is on TV while eating popcorn and stalking ex bf’s on Facebook. However, I did not have this option that night. The month of March is a month of birthdays (apparently many people our parent’s age enjoyed getting it on in June), so I had to go out for… birthdays. After many people bailed because they were tired from ‘the long work week,’ I found myself at my boyfriend’s friends’ apartment drinking a pint of captain while sucking at ruit because post-college life doesn’t involve constant drinking games. Sorry I don’t have time to throw balls into red solo cups on a regular basis anymore. After the pre-game, I made my way through a crowded bar for the rest of the night. I danced. I drank. I saw someone I knew from high school in the bathroom. I even got hit on by a college student who dropped his glass and told me it was my fault because my beautiful face distracted him. Sorry buddy. My boyfriend is standing next to you, that is the worst pick up line I’ve ever heard, and you are definitely underage. Pick up your glass and walk away. Anyway, all in all it was a typical night. It really was. It even ended with pizza. 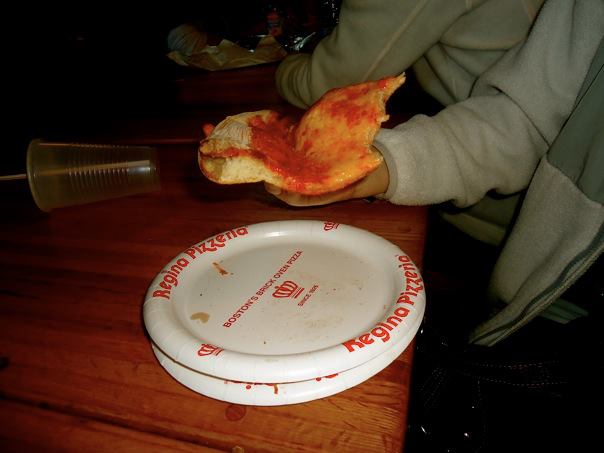 The next morning began St. Patrick’s Day. Bars filled up by 10am and lines were already long as fuck by 11. My friends and I decided not to start the festivities until later that day (5) because we wanted to last the entire night since it was our friend’s birthday (of course it was, right?). This was a bad choice. Bars were already at capacity. Restaurants had 3 hour long waits. This meant we were left hungry, thirsty, and bar-less. Luckily, a shitty pizza place let us in and sold us beer. However, for my gluten free self, I planned to have a glass of wine. Apparently, though, they didn’t sell wine… despite what the sign on their door said. False advertising, Sal’s Pizza… FALSE ADVERTISING. We then ventured to another crowded bar where I was hit on by a 50 year old man (‘what’s in your pot of gold? any presents for me?’ yeah I was carrying around a plastic green pot of… sunglasses and my cardigan. nbd).

After that, we found ourselves at a random Japanese restaurant where we chugged Scorpion Bowls next to a quiet Asian family.

And then after this, we met up with more friends in another line. After the line didn’t move, we went to ANOTHER bar which only charged a 5 dollar cover (The city of Boston thinks it’s a good idea to have 30-40 dollar cover charges at most of it’s bars on St. Patrick’s Day… and apparently everyone else does too because they actually go to these bars). After Friend 1 flirted with the bouncer for a good 5 minutes, he let us in. It was underage heaven in that place. 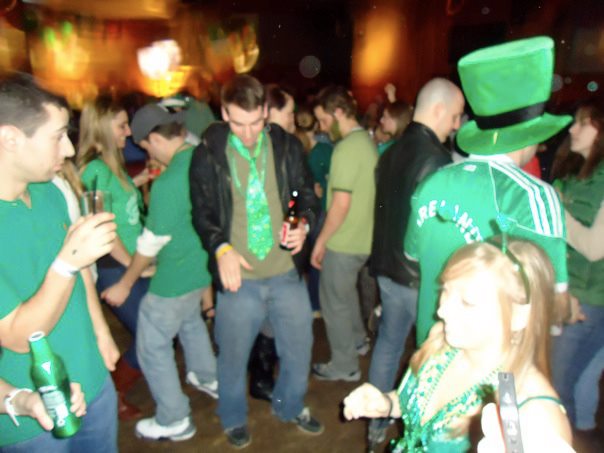 Although the puke filled sink was pretty gross and creepy men were trying to dance on my friends (guys included), I didn’t care because I had a drink in my hand and Bell Biv DeVoe’s Poison played (along with BSB and Nelly). Friend 1 even went home with a 35 year old. All around shitty night turned epic. Success. 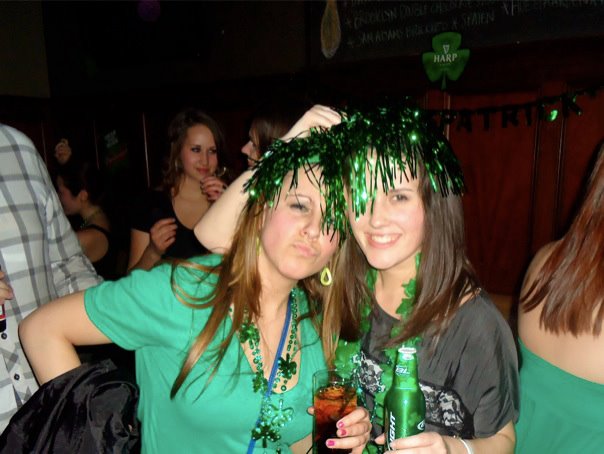 The next morning, I slept through Southie’s St. Patrick’s Day parade… AKA Boston’s favorite day. OH WELL. And while I might be getting older, that doesn’t mean I’m getting boring… so guess what? There’s always next year.

The weekend ended with a margarita, outdoor seating, and 75 degree weather. Perfect.

Will next weekend be better? No, probably not because I’m on-call for work… but what about your weekend? If you have a crazy night out (during the week or on the weekend) send us your stories, pictures, and hilarious moments and we will feature you on our next Weekend Roundup. Send them to Sam@ForeverTwentySomethings.com. We look forward to seeing your rage faces!

How to Have a Successful Post-College St. Patrick’s Day Day