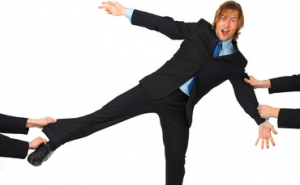 Twentysomethings are under pressure. Personally, professionally, financially, morally, and in a thousand other ways.

Economic angst is the most obvious of stressors and the most discussed. We’re supposed to be intelligent, well-read, hardworking college grads. Not pathetic, jobless leeches that still live at home watching paternity tests on Maury. Yet the latter is what has become of some of us. Many of the others lucky enough to have work are forced to toil at terrible positions.

However, financial issues are only part of the problem.

This isn’t meant to come off as a complaint. Advocates of the above positions certainly have their points. Sitting back and watching things crumble is awful and if it’s in your power to do something positive, you should. Either you want to help the world, or you don’t.

However, conflicts arise when one is expected to do so many different things.

To quote Jaime Lannister in season two of Game of Thrones:

Just so, a person that reads about the world, science and current events and wants to help the Earth has such perils.

What if GMOs enable poor people in other countries to eat rather than die of starvation? What if not shopping at the chain store puts the people there out of work? What if not using Gmail hinders your professional life? What if abandoning Facebook causes you to lose touch with friends long-gone?

The zeitgeist is pushing and pulling our generation in so many different directions that we’re struggling to keep up—and that’s not even including the job hunt, interning, working, and other job-related woes.

There’s no easy answer to this conundrum, for few people have the time, money, willpower, and knowledge to be an advocate for all good causes all the time. Every person in the world has vices. If your only one is that you eat or drink something with high fructose corn syrup, you must be a pretty good person—but maybe do something to make up for it. Spread the word about Penny 4 NASA and the benefits of space exploration. Take a bike for short trips instead of using your car. Something. Anything.

We don’t all have to be supermen; we’re imperfect. But don’t use that as an excuse to be complacent.

I Am Woman: Sandra Fluke