Being health conscious is a thing now. Smoking cigarettes, consuming GMOs, eating gluten, drinking sugary drinks, and indulging in fast food are all behaviors that will put you on the wrong end of a condescending lecture from your peers.

But some of these things are easier to avoid than others. Sometimes, you just want fast food—specifically food from the chief fast food villain, McDonald’s. 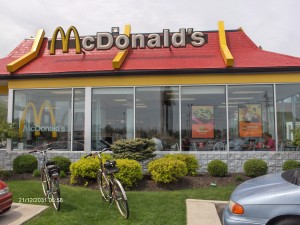 We all know better than to get McDonald’s, but sometimes we do it anyway. But because we know better, buying McDonald’s triggers intense psychological malaise (and severe intestinal malaise but I won’t go into that). The thought process goes a little something like this:

You’re hungry but not just for regular food. You look at the fridge and in all the cabinets and there’s nothing (or nothing exciting). You NEED food that’s somehow fun and/or comforting.

A light bulb goes off in your mind.

“McDonald’s is shit. It’s bad for you and it’s going to destroy your bowels,” the smart part of you says.

“But it’ll be so much fun! Remember getting McDonald’s as a kid whenever we behaved well or we needed to be comforted? It’ll be so great to have McDonald’s again,” your nostalgic inner child retorts.

So laziness and nostalgia win the day, you go to McDonald’s, buy your stuff, bring it back home, stuff your face, and then your brain turns on you. Laziness and the inner child are nowhere to be found while guilt is out in force.

“You just subsidized one of the worst corporations on earth. You voted with your dollar…and you voted poorly,” your conscience tells you. “You know the picture of that morbidly obese kid eating McDonald’s? You helped that happen by eating there. It’s all your fault. ALL YOUR FAULT!”

Then all the other parts of your brain that told you start yelling in tandem.

That’s when the diarrhea kicks in. You run to the bathroom with those terrible “ALL YOUR FAULT” chants still rattling around in your skull.

When it’s all over, you swear that you’ll never eat there again…but that’s a lie. Whether it’s a week later or a month later or a year later, you’ll know that you’ll be back, hoping that it’ll be different next time (but it won’t be. Is it ever?).

The above mental duress is understandable.

Many of our first experiences with fast food were with the loveable McDonald’s happy meal, complete with burger, fries, soda and the pièce de résistance—THE TOY. How many times did our parents use happy meals to reward or comfort us? This gave us an in-built positive connotation towards McDonald’s.

But as we got older, we realized how awful McDonald’s was and what the food could do to you. We had the benefit of documentaries like Super-Size Me. We learned about Pink Slime. But part of us just couldn’t say goodbye to the Big Mac (or the 10 piece chicken McNugget meal, or the $1 McDouble, or what have you). And while that’s definitely not a good thing, it might not be wholly bad one either. 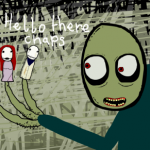 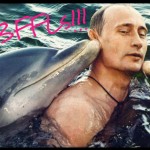