Breaking up with a boyfriend is never easy. You made a real connection with this person and whether it’s your decision or his to end the relationship, it’s hard to let go. But some guys aren’t the same. Not only is he the guy you can tackle and make out with at any given moment, but he was also your best friend. Those relationships are anything but simple to end. And even when you get over the relationship and not having him as your boyfriend anymore, you still have to mourn over losing your best friend – a pain we all know is way worse.

He truly understood and appreciated your humor. Sometimes you make stupid jokes or got a little too silly. He always laughed though and it was real laughter. He found it cute. Sadly, not everyone is that understanding and you’re going to get some fake laughs along with some looks.

There are things you want to share with him still. You were in a relationship with this person, so it’s a given things are going to make you think of him. Sometimes you’ll think of a joke, or watch a movie that makes you think of him. It’s hard when you’re used to having someone to laugh with at certain things and they have suddenly gone.

When something is wrong, he’s not there to make you feel better. You have your girls to help you through the rough times, but it’s not the same. He knows you better than anyone. He’s the one person that would know just what to say to make everything instantly better. When that new guy you’re hooking up with to get over him hurts you, he’s the shoulder you want to cry on – but that’s not okay. And then you begin to miss him, which makes you feel even worse.

You have find ways to keep busy. You spent the majority of your time either with him or in contact with him and now you can’t talk to him at all. You’ve got to awkwardly spring back into your group of friends after keeping them on the back burner, but luckily they usually understand. It takes time but keeping busy is the best way to get used to not having him around.

There are obvious steps for getting over a guy, like getting under another and moving on; but losing your best friend along with it is an entirely different concept. You’re practically losing two people in one shot. The best way to get over is that cliché – time heals all. Even if that means grabbing a pint of Ben & Jerry’s and crying through a Nicholas Sparks movie. Over time, you’ll get over him and move on.

40 Thoughts I Have While Outlet Shopping 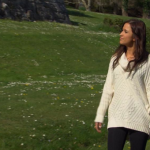