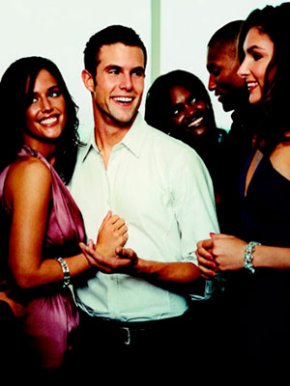 As a writer (and a female), I think it’s only fair to myself and readers that I am perfectly blunt about something. When it comes to being a girlfriend, I’ll admit, there are things I can improve on. I’m terrible at going with the flow if plans are changed (he can attest to this), I offer my help, solicited and/or unsolicited (sometimes it gets me in trouble), and the worst one of all, I have a deep and meaningful relationship with that green monster of jealousy that all boyfriends hate. Let’s be honest ladies, when we’re dating a guy who is actually as attractive on the outside as he is on the inside (because, I hate to say it, we’ve all dated those special winners who don’t quite make the cut), we spot every smile, stare, and sign of flirtation that they are addressed with, both physically and virtually. Not only do we have to worry about a girl trying to approach our guy on the first day of classes or at the bar on a Tuesday night, but now we have the not-so-lovely influences of social networking websites to factor into the equation. Facebook messages, @’ing someone via Twitter, “liking” a picture, “poking” (although poking is more creepy than flirtatious)—they’re all a means of connecting with a member of the opposite sex, whether they’re single or in a relationship. And in college, the likeliness of any or all of those things happening is at least doubled for the simple reason that it is college, where boys will often act like boys and girls don’t necessarily understand the concept of “what’s mine is mine.” Some girls just plain don’t give a damn; when they see something they like, they pounce quicker than you can raise your hand to stop them.

So what options are you left with? Bitch to your boyfriend about all of the women in his life that you don’t like because “you just don’t,” making him think that you don’t trust him? Or, go against your gut feeling, keep your thoughts to yourself, and hope beyond hope that he doesn’t leave you for the skank with no morals? I can’t say that the advice I’m about to give you was etched in stone and handed down by the Gods themselves, but after being in a handful of relationships, both really good and really bad, they’ve never failed me.

When To Be Worried

1. “I don’t talk to any girls”
Outright denial of contact with any and every female in existence doesn’t sound fishy, right? Think again. Whether they live next door to each other or share a class together, your boyfriend (especially if he’s a friendly, outgoing person) definitely has friends and acquaintances who are girls. And if that’s all they are, just friends, he wouldn’t have a reason to hide it from you.

2. “We were just dancing”
I hate this line. Maybe it’s crazy for me to think this way, but if you make it clear to your guy that you don’t want him dancing with other women because it upsets you, he should respect that. So when he promises not to grind up on a stranger and you then catch him in the act every time you come back from the bar with the beer he asked you to get him, you might have a problem on your hands.

3. “I had no service”
It’s no crazy coincidence that your boyfriend suddenly “loses service” every Friday and Saturday from 9PM to 11AM the next morning. We can all lose service no matter where we are—a crowded bar, a weekend getaway, or a college dorm. But a boyfriend who cares about you (and who wants to talk to you equally as much) will figure out a way to send a text or check in at some point during the night to ease your jealous little worries. If he consistently avoids all efforts to do so, he’s probably busy doing other things (or people). Sorry, it had to be said.

4. “I’m not in the mood”
This phrase works for women and women only. In my encounters with the male gender, their ability to refuse sex mimics that of 5-year-old child with their favorite flavored lollipop dangling in their face. There’s absolutely no way that a 5-year-old will look at that lollipop and say “Nope, not today. Maybe tomorrow.” Similar to the child, the man will grab it before the person dangling the goodies has the chance to change their mind. No second-guessing, no rejection. If this is slowly becoming his go-to excuse, he’s either coming down with a terminal illness, his childhood pet just died, or he’s switched lollipop flavors.

5. “Use your phone”
Nothing is worse than a guilty boyfriend who is overprotective of his precious little Smartphone. Overwrought Scenario #1: You forget your watch, can’t find your phone, pick up his to check the time, and stand front row to a full-fledged freak attack. Sound familiar? A boyfriend who’s up to something usually has a strict “No Ask, No Touch” policy when it comes to his cell phone. No viewing of pictures, texts, recent calls, or web history without his getting permission first. He’ll come up with all kinds of excuses as to why his phone is off limits, and if you’re smart, you’ll recognize it. So, if his mom really is texting him at 4AM because she’s drunk again, he won’t throw a temper tantrum if you accidentally mistake his phone for yours when it buzzes in the middle of the night.

When To Rest Easy 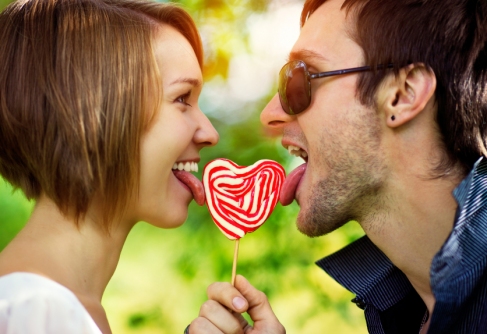 1. “This is my girlfriend”
The way your boyfriend introduces you to his friends (male and female) is always a reliable indicator as to how committed he is to the relationship. Meeting your guy’s girl friends can get awkward, and much of that depends on how he depicts you when they see you in person for the first time. If your boyfriend is confident in presenting you as the main girl in his life to any woman close enough to hear it, trust that he’s doing right by you when you’re not around.

2. “I wish you were here”
There are plenty of parties and pub crawls that you miss out on after college is over; but it doesn’t mean that you don’t know about every single one as it’s happening because your boyfriend is still in school. Receiving a random text in the midst of all that fun you’re missing out on because you have to be up for work at 7AM can make all the difference in the world, especially when you know he wants you to be there just as bad.

3. “I grabbed lunch with so-and-so”
It’s late at night and you’re catching each other up on your day’s momentous events. It’s all fine and dandy until he gets to the part where he went to lunch with his female friend “so-and-so.” Your natural inclination is to be pissed. I get it, I’ve been there. But before you pick that jealous fight, stop and think to yourself about why he told you about it. If he was engaging in any kind of romantic relationships with this girl, would he be sharing it so openly? My guess is no. If your guy is sneaking around with another girl, why would he willingly share these whereabouts with you, his girlfriend? Chances are he grabbed a quick lunch with his friend, just like he said, and that was it. Don’t waste your time choosing battles you’ll never win.

4. “Come down this weekend”
Between having a full-time job and having a boyfriend who’s a full-time student, the weekdays are stressful. Your sleeping patterns aren’t the same, you don’t have free time in the same intervals, and seeing each other while awake for more than 5 hours is practically impossible. A boyfriend who is faithful to you knows this, and so he’ll choose to soak up as much free time with you as he can. If his weekends alternate between inviting you to his school and driving to see you, you’ve got a good guy on your hands.

5. “Can you see who messaged me?”
This is music to a girl’s curious little ear. We’re nosy by default, so when you give us full access to your Facebook and email passwords, we know exactly what our first thought is: time to snoop. Instead of paying attention to that lightbulb above our heads that says something like “Hey Brainiac, why would he give you permission to see all of his shit if he was up to shady business?,” we blink past the blinding light and get lost in our own little spy world. Trust me on this one, if he gives you his passwords, the juiciest thing you’ll probably find is a picture you forgot you posed for.

It isn’t a fool-proof method, but it makes sense. At the end of the day, you have to trust your gut feeling and see where it takes you. Don’t question every move he makes and expect him not to resent you for it. If you do catch him cheating, move on. You were better from the start. Don’t overprotect your relationship to the point where you push him into the arms of someone else. Support the good friendships he has. A decent guy will recognize that and appreciate it. Most importantly, don’t let past mistakes dictate present circumstances. Not every guy is out to hurt you; although there are plenty that will try. A good relationship is something you should be content with so hold onto it for as long as you can. And if you’re in a crappy one, get the hell out! There are plenty of great guys to go around if you’re willing to keep looking and toss aside the moral-less skanks that try to get in the way.