Up until now, all of my blogs have been centered on the idea of dating and relationships and how to navigate our way around the sharp turns and unforeseen obstacles that we all face sooner or later. I’ve pretty much fallen in love with the topic. And while I have several thousand other opinions to write on the subject (no exaggeration), there is this other issue that keeps begging for my attention. It’s like I have two metaphorical devils on my shoulder and I only make time to satisfy one. It’s about time I pencil in room for Devil #2.

The issue is regarding an epidemic. Make no mistake about it, this thing is contagious and WILL infect you upon contact. You see it everywhere. From the sandbox at recess to homeroom in high school; from a weekend of bar-hopping to a week-long stretch of tiny office cubicles. It’s been plaguing the modern world shamelessly and it seems as if there is no way to stop it. Tearing apart relationships, causing constant paranoia, lowering self-esteem and influencing the manner in which we value others. You guessed it—the disease I’m referring to is cattiness, and it takes form in the shape of a woman.

Enough with the overwrought dramatics (I like to use them too much sometimes). But on a serious note, the term “catty” is defined as an adjective: “slyly malicious; spiteful: a catty gossip.” Synonyms include words like “mean, nasty, malevolent; bitchy.” Yes, Dictionary.com said “bitchy.” Judging by the meaning of the word itself, it seems crazy and irrational for a woman to want to emulate these characteristics. I mean, maybe I’m the lunatic, but why would the average female aspire to be an outright bitch to other females at an incessant and, often times, obsessive rate?

Think about how many hours you’ve spent gossiping about other women. Women you’re related to, women you’re friends with, women you see on the red carpet, women you see roaming the mall, women you’ve never even met yet—we’re all guilty of it, myself included. It’s as if we’re in constant competition within our gender to have the most style, work at the best company, have the hottest bod on the beach, date the sweetest boyfriend in the world, rock the perfect hair-do, associate with the most fabulous friends; all of which are impossible to attain and maintain if we’re preoccupied with girls we don’t even know. We live in a generation of Mean Girls (I know you love the movie, but go with me on this) that encourages rivalry and a “survival of the fittest” attitude. We’re ruthless, conniving, and smart enough to smile through it all in order to appear as charming as we seem. How did we turn from a gender united under common ground to a dissonant society of aggressive Plastics? 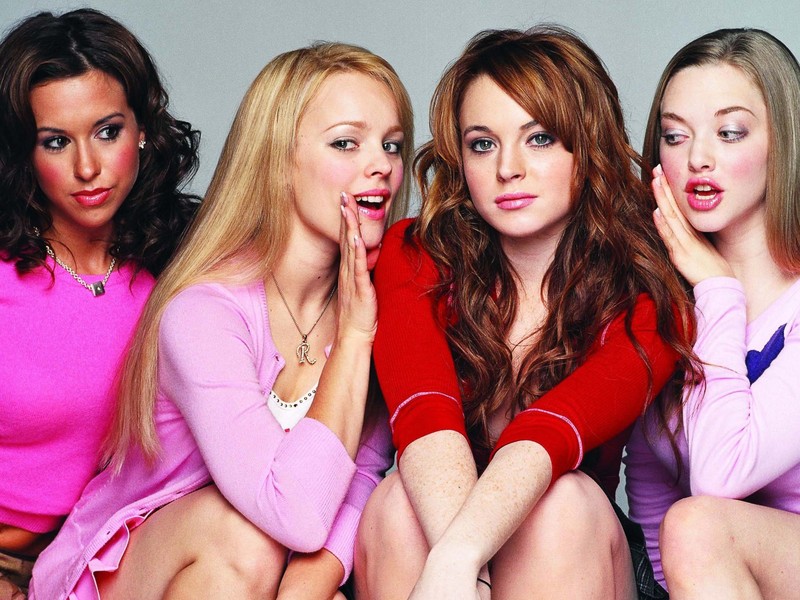 I’m not sure how it started, but I do know one thing—it’s an ugly cycle. I wish I could document how many times I’ve ordered a new pair of killer heels (or any clothing for that matter), gone out to the bar with my girls, and been shot dirty look after dirty look from strangers I pass throughout the night. Why are women silently scorned for dressing well? Moreover, why are women silently scorned for doing anything well? Promotions, weight loss, budding relationships—they’re all accomplishments that women manipulate into reasons to hate each other. I would even go so far as to say that from a general perspective, women celebrate the failures of other women so much so that it creates this constant warzone. We’re hypothetically dodging bullets, aiming weapons, and taking cover everywhere we coexist—college, work, bars, subway cars, and pool parties.

Let’s experiment for a second. Imagine if, for one day, men behaved this way. Imagine if a man woke up in the morning and the first thing he did was log onto his Facebook to make fun of his girlfriend’s ex. Imagine if a man went to the gym and focused more on the speed of the dude running alongside him rather than the calories he’s burning. Imagine if a man walked down the street and silently laughed to himself SLASH tweeted about the tragically styled outfit of a random passerby. Imagine if a man spent more time at work purposely making the new guy feel unwelcome rather than completing a project that’s due by lunch. Imagine if a man hooked up with a woman a year ago and still wanted to dig needles into a Voodoo doll that looked like her current boyfriend, because he was THAT jealous. Imagine if a man engaged in a WWIII-like feud for reasons he couldn’t even recall and replied, “I just don’t like the way he looks at me.”. Just imagine! How differently would we view men? How many rooms with padded walls would need to be used to contain them all? How could we ever date one?

WAKE UP LADIES! Men deal with these versions of ourselves on a sickeningly daily basis. I don’t care if you’re too proud to admit it in public (refer to my blog about “When You’re Picking The Wrong Battles), because at one point or another, you have committed (or will commit) one or more of these gender-specific, non-violent crimes in your lifetime. We don’t do it like the men when it comes to associating with members of the same sex. Men sure as hell don’t have all the answers, but they’re miles ahead of us when it comes to this stuff. When women are faced with a conflict involving another woman, we tend to hold grudges, harp on the negative, and constantly dredge up the past. Whereas, when men have beef with another guy, they fight it out right then and there, look toward improvement, and move forward—with or without person. This is far from Einstein material, so why can’t we seem to learn our lessons? And more intriguing than this, why are men able to?

Maybe it’s the thirst for competition within our gender that is embedded in our veins from Kindergarten recess, or perhaps it’s because we’re a more sensitive, emotionally-driven species. Despite the excuses we use and the reasons we fabricate, the whole ordeal, down to its very essence, is absolutely ridiculous. Once upon a time, we were a confident, united group who celebrated each other’s accomplishments. Nowadays, encouragement & camaraderie are replaced with opposition & jealousy. Friendly recognition, flashing a smile across the hallway, and genuine support are all substituted by bitter stares, dirty eye-rolls, and honest resentment. What caused such animosity to exist within our gender? I wish I had the answer. Instead, I’m left with middle fingers, empty apologies, and plain old frustration.

At one point or another, we have to face the facts. We’re a complex breed, us women. We’re not going to like every girl we meet, and not every girl who meets us is guaranteed to fall in love at first sight either. But we have to uphold some sort of dignity when we’re in these predicaments. Scowling at someone because their skirt is adorable won’t make your outfit any cuter. Acting arrogant because of your superior job title won’t make people look up to you. Hating someone because you want their boyfriend won’t make him leave her for you. Projecting your insecurities onto others and using them as the focal point of closet conversation you have with your friends is both unattractive and unbecoming. It’s time we grow up and act our age. The gossiping has to stop. The bad-mouthing has to be put to rest. And if you have nothing nice to say, put the cliché into practice and keep your mouth shut. If that’s not enough of a reason to quit the nonsense, imagine your boyfriend coming home after a long day of work and bitching about the dirty look his ex-best friend gave him two months ago.

6 Things You Must Do After You Graduate College