Anyone who has been to college knows that most impromptu flings lead to nothing but random drunk texting and Sunday morning walks of shame in heels and a Star Wars t-shirt. It’s a rite of passage that most college kids eventually go through, whether they’re initiating it themselves or stumbling blindly into it. It’s normal, it’s frequent, and it almost always ends as quickly as it starts up. Rewind back to a year ago and I would have changed that “almost always” to an “always,” because I was one of those college seniors who was looking for anything BUT a boyfriend. After being burned in the past and wasting time on pointless on again-off again relationships, I stepped into my senior year shoes as a girl on a mission to simply have a good time. No stress, no worry, and certainly no use of the term “boyfriend” in my vocabulary (drunk or sober).

Imagine my shock and surprise when I graduated in May with a BA in Communications, zero job prospects, and a freshman boyfriend named—to maintain some kind of privacy—MC. The long and short of it is quite simple really. Boy spots Girl. Girl pretends not to care. Boy continues to pursue. Girl still pretends not to care. Boy almost gives up. Girl changes her mind. Boy asks Girl out. Obviously, like any other normal relationship out there, there was more to it than just the standard X’s and O’s. But to save you the trouble of listening to the heart-wrenching details and dramatic dialogue, I’ll just leave it at this: He won me over, and I let him. 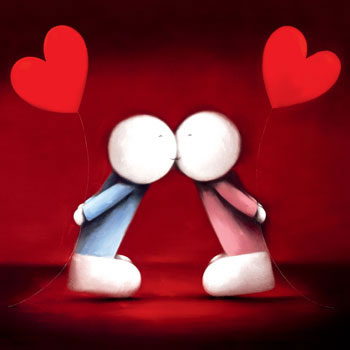 Before making it official, we both had worries about where exactly the relationship would go after I graduated. Let’s face it, dating someone who goes to the same college as you (in my case, a tiny school comprised of 1,500 undergrads) kind of sets you up for failure once you leave college behind and enter the real world. College is a bubble of a society, filled to the brim with people you either know or know of. And the people you don’t know? They’re still mixed into the equation thanks to Facebook and Twitter. You all live on the same campus, eat the same inedible food, and get obliterated on the same nights of the week. Despite conflicting class times and opposite work schedules, your daily routine is framed by the same borders. When all is said and done, at the end of the school day, you’re all in the same place.

So when I became a college alumni, I wasn’t just moving on from my best friends, or my dorm room, or four years of memories; but I was also replacing the comfort of a new college relationship with the uncertainties of a future outside of those familiarities. No more last minute trips to the Cafeteria or leisurely hours spent on the Quad. Every date, visit, and phone call had to work in accordance with a brand new life that I faced as a college graduate. The summer was a breeze. We worked it out as best we could despite living almost three hours away from each other. The real test began in the Fall, when MC returned to good ole’ college life and I was still testing the waters of unemployment.

My best attempt at defining this struggle is to compare it to a baby going through “teething.” Before “teething,” the baby is just chillin’. No real worries or problems in sight. And then BAM! Before the baby can even figure out what’s going on, all of these changes start happening. They’re painful, uncomfortable, and from the baby’s point of view, completely unnecessary. Life before teeth was cool, so why upset things now? What the baby—and we, as adults—don’t always realize is that we need to endure some pain in order to grow up and mature. There’s nothing we can do to stop the inevitable struggles, so we have to muster through it until we see that light at the end of the tunnel (be it in the form of chewable foods or adult relationships). It was a tough set of months, no doubt about it, but I wouldn’t take them back or change my decision to be in the relationship that I’m in now. Moving forward, I plan on using my experiences with MC not only to give readers advice, opinions, and a good laugh, but to learn from them myself. Figure out what we did wrong. Recognize how to go about a situation better than I initially approached it. Give him the no-so-subtle nudge that helps him make sense of things. Writing as a means of finding a solution, and bettering our relationship; or, as I like to refer to it, killing two squawking birds with one hell of a stone.