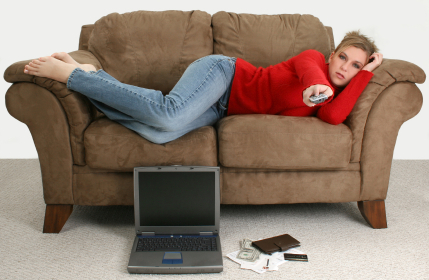 I have no friends.

A statement thought by almost everyone after they graduate from college at least once… or, let’s be serious, at least once a week.

In college, the world revolved around our social lives. We were forced into being around people at all times. We lived with our friends and lived near other friends. Therefore, we always had at least two or more people to hang out with at all times.

If we wanted to go out on a Friday, we never had to ask people if they wanted to hang out. We just had to ask people what they were doing: which party they were headed to, which bar they were going to or which house they were going to pregame at. We never had to invite ourselves because the invite was already on the table. Never did we ever have trouble going out. We only had trouble NOT going out when we actually had to finish a paper or felt sick. Even if we were in that ‘i hate everyone‘ mood that usually emerged a week or so before each break, we would still go out. Because what if we missed out on a really awesome night? #FOMOProblems.

Now things are different. Instead of going to class and writing papers, most of us work during the week, leaving our weekends free to party. But for some reason, we aren’t partying that much. We’re constantly tired. We’re always complaining about having no money, even though we kind of do. We just don’t want to commit to any plans in case we get tired that night or in case better plans come along. We’re selfish… and we get it right back in return.

We have no one to hang out with when we want to do something. Since our friends don’t live in walking distance, the thought of driving somewhere, looking for parking, sleeping on a floor, and – even worse – going out in bad weather is terrifying. And totally not worth it. When we graduated, we rid of FOMO (the fear of missing out). Now we only fear going out and spending money when we could be saving money and sitting on the couch. Yet we are hypocrites. Because if someone uses one of the above excuses after we ask them to go out, we get upset. And then come to the one and only conclusion that makes sense. We have no friends.

Everyone’s busy schedules and different issues are the main reason we find ourselves by ourselves on the couch almost every weekend, with the occasional trip to the boring sports bar down the street with the same few people. The other reason is because no one likes us anymore… duh… or at least that’s what we assume when we realize we haven’t put on a dress and paid cover at a club in like two months. Ugh, growing up.

It sucks when you can’t just pack your cutest outfits and head out on a road trip to visit your best college friends for the weekend. It’s expensive, it’s time consuming and you can’t just take a day off of work for it. And it sucks when people can’t visit you in return. Most of your friends aren’t the people who live in the same town as you anymore (whether that be your hometown or college town). They’re the people who live a few towns away. A few hours away. A few states away. Even across the country.

With all these factors it’s no wonder you constantly feel like you have no friends. But just because you stayed in for an entire weekend, doesn’t mean you have no friends. You’re just growing up. Work is tiring. And your body can’t handle blacking out three nights in a row anymore. You just have to get used to it. You’re not going to be able to get together with everyone all the time anymore. That’s not how it works.

You’re not competing with friends to see who can take the most shots and not get a hangover anymore (or are you?). You’re trying to save money. And with the money you do have you’re allowed to pick and choose what you want to do. If that dress sounds better than a night out, you’ll stay in. I mean, staying in one night is not the end of the world. If you have things to do on a Sunday morning you don’t want to be the person puking on the side of the highway or in a public bathroom anymore.

Life is busy. People are busy. Some are actually busy – and others say they’re busy just because they don’t feel like hanging out with you. And when you figure out the difference, you’ll have a better idea of who your real friends are. But don’t turn into a paranoid idiot – you still have friends. The ones that stick around – the ones you can go without seeing for months and have everything be the same when you do – are the ones that count. The others are not exactly what one would call ‘friends,’ and although it sucks to admit, losing one or two friends isn’t the end of the world. That’s their issue. You can’t generalize your loss of one or two (or three) friends into ‘having no friends‘ – because you do. So stop complaining. It’s all part of growing up.