That we did, Microsoft. That we did. But the past couple of years we totally neglected you. Microsoft and Windows became a thing of the past and suddenly we wanted anything and everything related to Apple. iMacs, MacBooks, iPods, iPads, iPhones. It was all so different. So cool. So futuristic. But most importantly, it wasn’t so… boring, like those Microsoft based computers we used to live for.

But we shouldn’t have been so quick to judge. In fact, without Microsoft, our childhood wouldn’t have been the same. Paint wouldn’t have helped us to become the artists we once were. Millions of hours wouldn’t have been spent playing Solitaire, Chip’s Challenge, and SkiFree (damn that monster!). Apple computers might have actually been ‘in’ during elementary school and not just something we saw in commercials. There would have been no effing Bill Gates… and he was, like, the Kim Kardashian of the 90s (but seriously, if reality shows were a thing, Bill Gates would have been all over that — America looooves rich people). The worst of all – THERE WOULD HAVE BEEN NO AIM. Just, like, iChat and Adium (which didn’t come around for years). Things would have been really different.

But even though we look back on our Microsoft computers and our Windows interfaces as old and ‘so 90s,’ we need to think again. Microsoft has certainly upped their game and are now equally as cool (if not cooler) than our BFF, Apple. As Microsoft states in their newest commercial geared towards… well, us, ‘You grew up. So did we.’ And that is certainly the case, as seen in Microsoft’s super nostalgic video here:

How can you not have feelings for that lower-case e symbol with a ring around it anymore? It’s one of the many symbols of our childhood, along with tamagotchis, discmen (or walkmen — you know, the one with just the radio), and ‘girl power.’ Girls covered themselves in slap bracelets, high wasted light wash jeans (AHH), and fanny packs, while guys sported bowl hair cuts, pocket chains, and light-up sneakers. It was a simpler time. A slower time. But – dare I say it – a happier time. Kids these days don’t have the time to chase each other around with super soakers and they don’t have a reason to play a board game like the one Microsoft features – Hungry Hungry Hippos (a personal fave). Games are on phones and friends are on the computer (vid chatting – hello). But just like times have changed, Microsoft has too (finally). Get acquainted with the new Internet Explorer and the mind blowing Windows 8. Check out these awesome tablets here to get you started:

My own personal Acer Tablet powered by Intel: 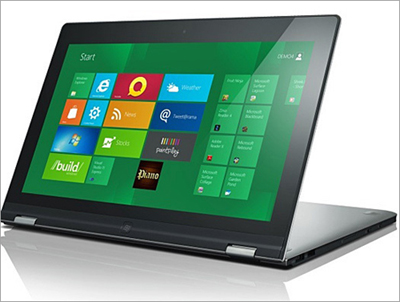 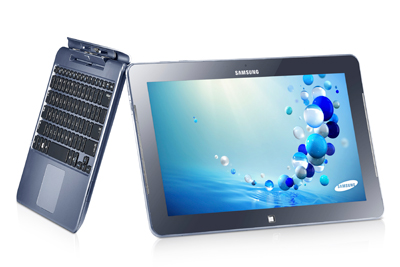 The color on these tablets is amazing and the experience using them is just ‘cool.’ And that’s coming from someone who owns an iPad and has been strictly using only Apple products for years. What I’ve discovered from having both an Intel Tablet and an iPad is that there are plenty of differences between the two. For one, the Intel Tablet is more of a mini computer than just a tablet to me. So much easier to blog from! Be sure to check back next week for other differences we’ve found while using both tablets. But in the meantime, give your old friends Internet Explorer, Microsoft, and Windows a chance. Once upon a time, they did shape your childhood.

Throwback Thursday: The Windows Entertainment Pack (AKA Games That Came With Your Computer)