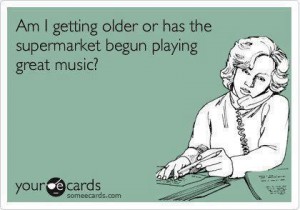 A little while ago, a few friends and I were reminiscing on our college days.  I miss being able to live with virtually zero consequences and responsibilities, and I miss being able to see all of my friends at the same parties all the time (something I wish I had taken more advantage of, since post-graduation, the only times we’re all actually reunited have been weddings or homecoming weekend).  I used to think I would give anything to go back to those crazy, blackout filled years of my life, but I recently realized I don’t think I would be 20 again if you paid me.

We live in a society that laments aging.  People go to painstaking lengths to avoid looking old.  We both resent and envy the youth, but seldom acknowledge the benefits of growing older and wiser.  I recently learned the meaning of the adage “age is just a number.”  I used to think I would spin into some downward spiral after my 25th birthday, fearing that loss of my youth and the impending doom real “adult hood” would bring.  Instead, I’ve realized I’m at a fantastic place in my life and each year has brought great lessons and experiences I wouldn’t trade for anything.  I was an idiot when I was 20, and even though I’ve still got a lot more to learn about life, I would take the age I’m at (even with the two errant gray hairs I’ve found) over being young and reckless again any day.  However, if I were given the chance to meet my crazy, 20 year old self, I would tell her a few things:

1.  Being Yourself Is One of the Most Freeing Experiences You’ll Ever Have
You’ve spent years highlighting your hair, going tanning, and trying to look like what your current perception of “pretty” means.  Eventually, you’ll realize there are a few attributes of your appearance you’ll just have to accept, and you’ll learn how to make the most of those.  It’s still okay to be beauty product obsessed, but you should love doing your makeup and getting your nails done because it makes YOU feel great, not because you’re trying to impress anyone else.  Also, you’ll quickly learn that “pretty” isn’t as much of a compliment as you think it is.  A lot of people are pretty.  That won’t set you apart.  Being a smart, generous, loving and kind individual will, however, and that’s the you you need to work on.

2.  True Friends are Hard to Come By
You’ll meet a lot of people in your life.  Some will only be there for a short time, and some will stay around for years.  You’ll want to become cynical of people because of a few negative experiences, but don’t.  It’s okay to be a little leery of the people you get close to, but you can’t let that prevent you from letting anyone in.  It’s good to be selective about your close friends, because once you realize who really has your back, you’ll feel like the luckiest girl in the world.

3.  In the Grand Scheme of it All, Money Doesn’t Matter
Yes, you’ll always need to pay your bills and be able to eat, but you’ll always find a way to do so.  You shouldn’t make a habit of spending a ton of money going out, but when it comes down to it, as long as you have a source of income, it’s alright to have those expensive nights out that make you cringe when you check your bank account the next morning.  After all, you’ll only have so many years where it’s okay to get so drunk you and your room mates decide to put on a tap recital at 4:00 AM.

4.  Heartbreaks are the Best Teachers
Love may not be all you’ve expected it to be, and that’s largely because you grew up watching Friends and Sex & The City.  You won’t find your husband to be in college and get engaged at 23 like you had once hoped, but you will learn a lot about yourself by dating all the wrong men.  Eventually, you’ll learn the value of being comfortable being alone, which actually makes you better and happier in future relationships.

5.  Jealousy Will Get You Nowhere
Being jealous of someone is the biggest red flag for immaturity.  If you’re jealous of someone else’s accomplishments, it only means you’re insecure in your own choices.  When you’re finally comfortable with yourself and where you’re going, you will actually begin to feel genuinely happy for your friends.  They work hard too, and everyone deserves success.  The same is to be said about new friends.  Being jealous of the girl who’s good at everything won’t get you anywhere, but being friends with her will.  Surrounding yourself with successful people will become a catalyst for your own success if you let it.

So, maybe it’s time we all stopped fearing the multitude of candles on our cakes every year and count each one as a blessing for the lessons and experiences it brought us.  I’d take being 26 and comfortable in my own skin over being 21 and a hot mess any day, wouldn’t you? 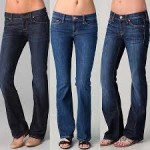 Do You Wash Your Jeans?