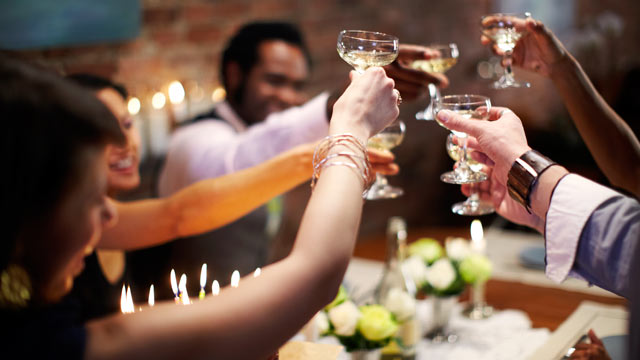 Getting drunk was one of my favorite things to do when I was in college. I would prepare myself for a night of drinking by napping for an hour or two before getting ready to go out. I always pregamed and sometimes I pregamed my pregame. I rated how great the night was by how hung over I was the next day. If I wasn’t hung over, then in my mind it wasn’t that great of a night. I can’t remember ever turning down a drink, shot, or beer someone offered to buy me.

The last time I was drunk was probably last summer. Why? I’ll tell you why. Being drunk just wasn’t for me anymore. Instead of being drunk and having a good time I suddenly felt a sense of paranoia and that was no fun at all. I also began taking it upon myself to be a body guard for my friends. And when I say body guard I mean legit body guard. I thought that no guy in his right mind would ever push, punch, or harm a girl, especially in a bar, so I would physically push guys who were bothering us away from myself and from my friends. Luckily for me none of the guys retaliated or ever laid a hand on me. I also started getting sad when I was drunk because I missed my boyfriend. I was in New Jersey and he was in Connecticut and as lame as it sounds being drunk intensified how much I missed him.  Being drunk made me sad enough that it took all the fun out of being drunk.

I slowly started drinking less and less when we went out. As hard as it was only being buzzed or sometimes being completely sober, it was actually helping me. I didn’t feel paranoid and I felt mentally present to enjoy the time left I had with my friends. Instead of physically pushing guys away I took the more mature route and walked away or ignored them. And even though I still missed my boyfriend, that sense of sadness didn’t come over me all night. It all seemed to make sense for me not to get drunk anymore.

After graduating and moving back to Connecticut, I experimented with drinking like I used to for a couple months but alcohol and I were still clashing. It kind of seemed inevitable that the best thing for me would be to just not be drunk. I was content with not being drunk because it wasn’t adding anything positive whatsoever to my life. But I was nervous to tell my friends. These were the friends that I got drunk with every weekend at school and knew me as a drinker. I guess if one of them told me they stopped drinking I would be surprised too. But the time came when were we getting together and I had to say something. I felt better after telling them because it wasn’t that I couldn’t hang out with them anymore, I just had a minor change in lifestyle.

For a while I didn’t know what to say if someone asked me if I drink. I still feel like there is a gray area that people get confused by or don’t understand because I usually say “I don’t really drink”. I say this because I haven’t completely stopped drinking all together. Once in a while I will get a drink when I’m out to dinner with a friend or try a sip of someone’s wine. Maybe some people believe that you either drink or you don’t drink and that’s okay. 99% of the time, I don’t choose an alcoholic beverage as my drink of choice, but if I want one once in a while I will have one.

Deciding to stop getting drunk was something that never crossed my mind throughout most of college (it was, after all, one of my favorite past times at school). The most difficult part wasn’t even the act of not getting drunk. I accepted my decision and was content with it. The most difficult part was telling other people because of the reactionary question of “why?” I didn’t feel like I owed most people the explanation of why I stopped getting drunk. Most of them assumed it was for health reasons so I just went with that because it kind of was. It was for my emotional health. I didn’t want to feel sad and paranoid just to make other people happy. We all outgrow things whether that be hobbies, TV shows, or for me getting drunk. Once in a while I think about how much fun I had when I was drunk at college. Sometimes I even think about getting drunk now, but then I think…nah, I’m good.