In high school, I dreaded waking up for school. I remember having to set my alarm for 6:10 and pressing snooze about 10 times. I didn’t actually get out of bed until my mom came in and yelled at me to get up for the 6th time. I then would stumble into the shower barely able to open my eyes and sometimes would blow dry my hair after. Only on special occasions would I break out the straightener, even though my hair did NOT need to be straightened in any way (it’s already straight). I would then feel myself slowly mentally waking up around 7am when I would leave for school. The first 2 periods of the day I would find myself dozing off… but by the end of the day, I was a giant ball of energy ready for cheerleading practice and whatever else was to come.

On weekends and school vacations, I would sleep as late as 1 or 2pm… And this was, like, totally normal. I remember one April vacation I woke up every day at 1pm and had 1 meal each day the entire week. I called that my new ‘diet plan.’ It clearly didn’t work in the long run.

The ridiculous amount of sleep I was getting may have been the reason why I had so much energy back then. The summer going into Freshman year of college, I went out every single night with friends. Whether we were sitting on the couch watching TV or taking shots of 151 at a party, we always needed to be around each other for extended amounts of time. Staying in was a foreign term to me, even on a Monday night. There was always a reason to take over the nearest Friendly’s, throw a theme party, or pay money to see a movie I had never even heard of. I see this happen with teens now and although I secretly wish I had their energy, I know it won’t last for them. Unfortunately, kids, it will go away soon. You will get tired. You will get sick of people. And going to bed at a decent time will sound amazing to you.

This realization didn’t happen for me until recently. College was a time of no sleep (as said best by Wiz Khalifa). We had class. We had homework. We had parties. We had to hang out with friends at least 3 times a day. We had to go to the gym. Meetings. Activities. Sports. The list went on… and definitely left no time for sleep (except on breaks – I slept all day during breaks – except when I started to ‘work’). Even during the summers we started our internships, we were able to stay up until 4am browsing Facebook or drinking with friends, and look normal and put together the next day. It made absolutely no sense. But we were young and able, so we did it.

After I graduated college, friends moved all over the place. And I moved home. There was no more walking to the guys’ house. No more party hopping via feet and/or cab. And no more sleeping wherever the night took me. I was bound to a twin bed and a money-less bank account. I was screwed.

However, I still went out. Just not as much as I used to. Not to mention, I had a boyfriend so staying in with him sounded better than racking up the credit card only to receive a nasty hangover and another dress to put in the back of the closet (once it appears on Facebook, you can’t wear it again). After I did start working, I got tired much more easily than I did in college. I had no energy to go out anymore, except on the weekends. Not to mention – my tolerance had already turned to shit from not going out as much. I wasn’t used to it anymore.

So for the first year or so out of college, I raged hard on the weekends – and so did everyone else. That wasn’t the case for long though. Soon, people started going out less and less. They were either busy with their own plans, going on vacations, or staying in and sleeping. The other problem was that when I wanted to go out, it didn’t mean every one else was going to be around too. Meaning I started going out less and less – and not by choice.

At first, I thought I would get used to working during the week and going out on the weekend. But instead, I got used to something else: waking up early. It’s not that I like to wake up early… and it’s not that I enjoy going to sleep early. It’s just that it happens. I can’t sleep in on the weekend anymore – no matter how hard I try. Because of work, I am now doomed to wake up before 9am every day no matter what. Of course I can force myself to fall back asleep if I wake up at 8am on a Saturday, but since when did I start having to forcing my body to rest? It’s not like I have to do that at night. For instance, this past Saturday I was so dead from working all day that I fell asleep at 10:30pm against my free-will. If I was still in college, I know I would have gotten a 2nd wind and gone out until 3am. But I’m not in college anymore. I’m ‘old.’ And I need sleep.

In addition to this, since I’m busy at work all week, I have way too much stuff to get done during the weekend. Those are my two days to do what I didn’t get to do during the week… and I can’t spend them hungover every weekend. I just can’t.

As much as I wish I could still go out all the time and hang out with friends constantly, I realize that my free time is now limited – as is my bank account. And that’s fine. My body is programmed to go to sleep early and wake up early… meaning a big night out is going to require a LOT of work. And frankly, I don’t want my body to ever get used to waking up late again… 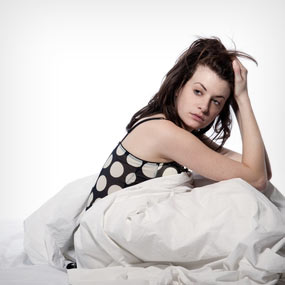 Waking up for work sucks. It is hands down probably one of the hardest things to do. But I do it. And I’m getting better at it each day. 5am wake up call? Fine. Anything before that – not so much… but you get the point. So thanks to my new ‘sleep schedule’ and my newfound love for relaxing every now and then, I have become a morning person. And I like it… because I get shit done. And if I can go out ‘casually’ one night (yes – I do that sometimes… rage blackout nights are few and far between now) and wake up early the next day to run errands and go shopping, I feel successful and awesome.

You don’t have to be enjoy waking up early to be a morning person. No one is happy when they wake up, unless they’re about to go to Disney World – everyone knows that. But if you know you’ll get over the fact you’re awake in about 10/20 minutes, it’s really not that bad. Consider trying it. You’ll be less stressed and be able to get a LOT more done everyday. I swear!