As a twenty-something recent grad, I’m what Americans might call “strapped for cash.” Remember when we were growing up and wanted to get lunch at Ray’s Café, buy candy at the shop next door, and get driven to a concert that night by our parents, and all we needed was a twenty dollar bill? Concerts were $5 – $10 max – lunch could be as low as $4, and you could get whatever candy you wanted for something like $1.50. Those were the days. And we didn’t even know it.

These days I don’t have a lot of money to spend. $2.50 to ride the T? Okay, I guess that’s warranted considering the MBTA is getting crushed under a mountain of debt heavier than the milk in a McDonald’s iced coffee. $6.99 for a sandwich at the deli down the street from work? That’s pushing it. 20 bucks for a beer and a salad at a restaurant on a Wednesday night? Now come on. If I’m going to order an effing salad for dinner, what I need is a pat on the back, not a slap in the face with a steep bill, thank you very much. When you’re only employed part-time – and 1/3 of those days you work are cancelled due to the snow of this blustering Boston winter, leaving you with 1/3 the paycheck– you can’t afford tons of nights out on the town, tons of dinners with friends, tons of beer on the weekend. I don’t even drink, and I’m flailing financially. But I spend anyway.

There’s something a little bit thrilling about not having a ton of money. Ways to save (that I rarely implement) and ways to spend thriftily are constantly on my mind. There’s a kind of excitement about getting a paycheck and, while acknowledging that I barely have enough to buy a new shirt, I go ahead and buy three at TJ Maxx. Or, knowing that I should be buying rice and beans and eating that five nights a week, going out to the local tapas bar up the street, spending just a little too much. It’s not that I’m spending enough to go broke. I’m just spending enough not to save. After all, we’re in our twenties; we have the rest of our lives to save heavy-handedly, to count our quarters and to put our pennies someplace safe. But for how much longer are we going to be able to go out to dinner, to get fast food with our college buddies, to get a movie and a large popcorn and soda, before life gets too heavy for any of that, before our metabolism slows down and our friends move away and our money has to be spent on stuff like baby food and diapers? I know I could save a quick buck by brewing my own coffee at home, but Dunkin’ Donuts just tastes so much better, and as the old saying goes, isn’t a penny spent a lot sweeter than a penny saved [sic]?

Sooner or later I’m going to have to learn how to save. I’m going to have to get the rice and beans off the shelf, to actually put money in my savings account rather than my checking account. It’s not an easy pill to swallow, but once I start making more money, I’ll have more money to save, right? Right? So for right now, I’m going to enjoy being a twenty-something. I’ll see you on the town. 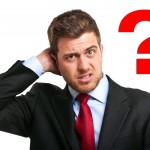 Fashion: From College to the Real World 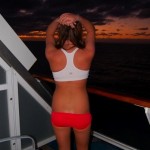 My Life as Comedy Hour: How the Hell is “Spring Break” Almost Here?