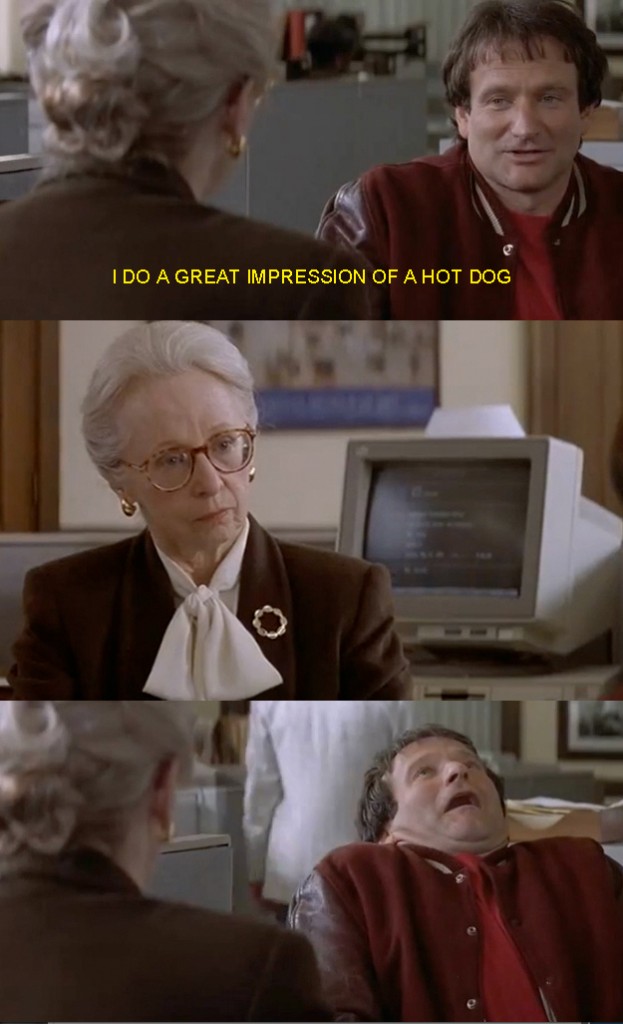 Sorry I’m not sorry, but WHY is Mrs. Doubtfire getting a sequel?

That would be like someone saying OH HEY. Clueless is getting a sequel that will air in 2020. We will totally skip everything that happened the past 20+ years and meet a much older, less hot version of Cher who, like, has kids and is boring.

Wait, that actually sounds like the best idea ever.

BUT the problem: When you have such a CLASSIC movie that remains CLASSIC 20+ years later, why go and ruin it with a sequel that will NEVER live up to the original. Because as we all know, comedy sequels are never as good. I mean, did anyone ever HEAR about The Hangover 3? Because it exists.

Also, we all saw what we happened after begging for Arrested Development to come back. When something ends, it ends. We all might really want Nsync to reunite, but guaranteed — any new music they make would DEFINITELY not compare to their old stuff. Like a relationship, we must let things that end, END.

So anyway, not only will the movie definitely not be as good, we will we be really confused to see Robin Williams, who is now 62 years old, STILL acting as Euphegenia Doubtfire. We will wonder WHAT THE HELL happened the past 20+ years and I doubt one little movie can reveal all the information we’re looking for in addition to a NEW storyline.

Is Sally Field going to come back? What about James Bond? And MATTHEW LAWRENCE (hellllll-o)? And that other daughter that no one cares about? What about Matilda? Because last I heard, she (aka Mara Wilson) had no interest in acting — although she is kind of really funny on the internet. 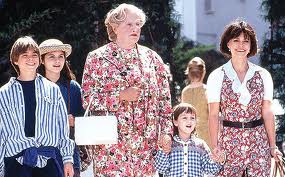 Is the whole gang going to come back? Is there going to be a storyline about Mrs. Doubtfire now trying to become a good grandfather/grandmother because essentially he/she is both sexes? Is he going to rekindle a romance with Sally Field like Alec Baldwin and Meryl Streep did in It’s Complicated? Is Mrs. Doubtfire going to be a household name with a series of movies, books, and a clothing line? Is Robin Williams going to be rich-as-fuck now from his stint as Mrs. Doubtfire?

SO MANY POSSIBLE STORY LINES. STOP I CAN’T.

Anyway, I’m not going to sit here, lie, and exclaim I didn’t love the movie. I did. I watched it a million and a half times when I was little and I aspired to be like Matilda because she was kind of awesome. Sometimes I watch Mrs. Doubtfire when it’s on TV and sometimes, when I do, I laugh. Shit is funny.

But… the past is the past… it’s been a long time… and I don’t know if I’m ready for kids to start talking about this new movie “Mrs. Doubtfire” and call it a “remake” of an “old classic” because essentially, that’s what it will be like to them.

I also don’t want a classic movie from my childhood to be ruined.

Mrs. Doubtfire is like a walkman. TO BE KEPT IN OUR CHILDHOOD.

Not to mention, Mrs. Doubtfire is LITERALLY (and I say that using the correct meaning of the word) the most horrifying movie OF. ALL. TIME.

20 Types Of People At Every Group Dinner

Confessions of a Hungover Twenty Something: I’m Still Drunk