The Super Bowl is like the Oscars of football. Only one can win a shiny trophy, while the others go back home empty-handed.

Growing up, Sundays in the fall were pretty crazy at home. My dad has been in the same fantasy football league since I was in first grade, and my mom is in a 5-0 football pool, so I learned the jargon pretty quickly (yes, I am a girl and I enjoy watching football). The Super Bowl, much like awards season, is a pretty big deal. 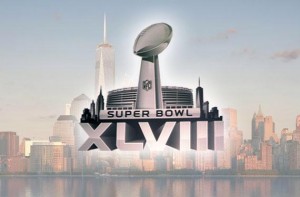 This year, the NFL’s best offense (Denver Broncos) battles the league’s best defense (Seattle Seahawks) for the coveted trophy for Super Bowl XLVIII (that’s 48). Plus, these are the two states that legalized pot (enough said). The two teams play outdoors at the MetLife Stadium in New Jersey. In. The. Cold. (It’s normally played in warm places like Hawaii and Florida and anywhere other than where the Polar Vortex has hit in the last month.) And even though you may not know much about football, if you watch one game, this has to be it. Here are four things to look forward to during the big game:

Each team has a select number of hot players, so that should be reason enough for watching. Know that Peyton Manning and Russell Wilson are the quarterbacks for the Broncos and Seahawks, respectively. Both are married, but there’s no harm in a good dose of eye candy. Peyton has that All-American southern boy charm, while Russell has the soft-spoken yet tough guy vibe. Eric Decker (#89 on the Broncos) has made it on the cover of GQ (though, sadly, he’s taken—he’s married to country singer Jessie James–maybe you heard of their E! reality series Eric and Jessie?) But another notable player is Seahawks running back Derrick Coleman (#40), who made headlines this month as the first deaf NFL player in a highly-publicized Duracell commercial. 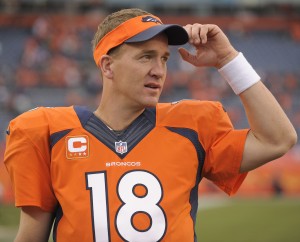 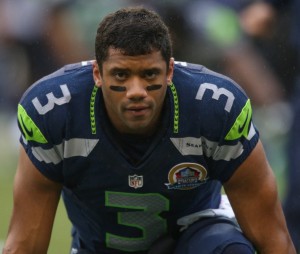 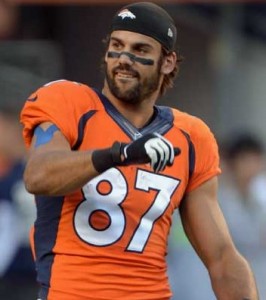 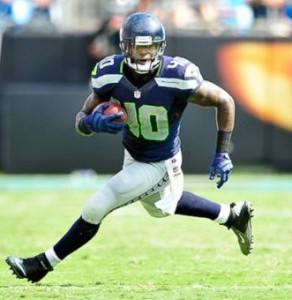 Companies pay millions of dollars for a 30-second spot that’s either hit or miss. Instead of taking commercial time as a chance to get up for a second helping of that seven-layer taco dip, people actually pay attention to these advertisements, from typical standbys Miller Lite and Coca-Cola to movie trailers. A few teasers have already leaked, including David Beckham’s ab-mazing ad with H&M, an unexpected scenario with Axe, a Budweiser ad that knows how to pull our heartstrings, much to our ‘90s childhood delight, a Full House reunion (read: Danny Tanner and Joey Gladstone) co-starring in a Dannon Oikos commercial with Jesse Katsopoulis—er, John Stamos:

Recent Grammy winner Bruno Mars is set to hit the stage for the halftime show. While he’s no Beyonce (like last year’s), he’s certainly got the classy-cool smooth moves to make any girl melt. And he’s performing with the Red Hot Chili Peppers, so you know it’s going to be a good show. 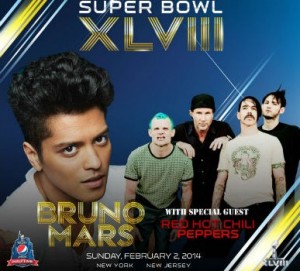 If football’s really not your thing, puppies playing with chew toys across a “field” are the best things you will see all afternoon. They’re so freaking adorable. The 10th Annual Puppy Bowl airs at 3 p.m. ET/PT on Animal Planet.

Beauty on a Budget: The 7 Deadly Sins 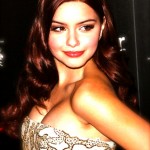