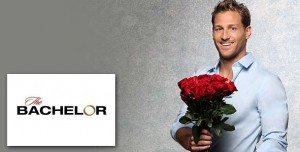 Come on…hear me out, okay?

So I am pretty sure that I am one of the few people that has watched almost every season of The Bachelor and The Bachelorette.  Yep, even the first season with the random and not attractive Alex who stupidly dumped Trista…but obviously she was way better off because then she got to marry an adorable firefighter and live happily ever after in Colorado.  But anyways, I’m getting slightly off track.

While there were a few bumpy seasons towards the middle of the show’s run, The Bachelor is currently on season 18 and The Bachelorette has had 9 seasons…so I guess you could say that this is a successful franchise. Every season is filled with tears, girl/bro fights, hot people in bathing suits, ridiculous commentary, extravagant dates, and oh, so much drama. We are given sexy men to drool over, stupid hoes to hate, and cute, sane girls to relate to; what more could you want in a show?! Well, maybe fewer stupid hoes…

Anyways, the way that this ABC hit has really gotten people hooked is by finding a smart way to draw people in and keep them invested in the show and the “normal” people on it.  By selecting a former contestant from the most recent season to be the latest Bachelor/Bachelorette, the show has been able to effectively transfer fans from one season to another.  Umm, genius.  Obviously we are all curious about what happened to that super cute guy that you were totally in love with but who failed to receive a rose early on.  Enter Juan Pablo, the current sexy Latino star of The Bachelor. He appeared on this past Bachelorette season where he fought for the heart of Desiree.  And while Des did recognize the hotness of his Venezuelan accent and his adorable affection for his young daughter, in the end, Chris won her heart.  But don’t worry, that did not stop America from obsessing over Juan Pablo and demanding more of him.

Juan Pablo is attractive, foreign, a former pro athlete, playful, funny, and you already know that he loves kids! Which may be why he is the star of a reality TV show… And while I don’t think I have the patience to be one of 25 women competing for one guy on a reality show, I am so glad that some other suckers think they do. It sure does provide me with some entertaining Monday nights.

So go ahead and admit it, at least a little bit of you wants to give The Bachelor a chance. Now go. Watch it. Everyone and their Mom is already doing it…but like for real.

Already wish you could do more than just watch The Bachelor at home?  Well, you are in luck!

This season, ProFlowers is the official floral partner of ABC’s hit show, The Bachelor on ABC. And in honor of this, ProFlowers is throwing The Bachelor Facebook Sweepstakes! This is a chance to win a trip to L.A. for you and a friend to attend the “After the Final Rose” final episode this season. They’re also giving away exclusive Bachelor Bouquets from the new Bachelor-inspired page.

The Sweepstakes runs until February 20th, so don’t miss your chance to see the sexy Juan Pablo in person! 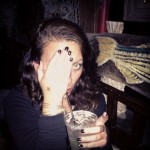 A Big “Fuck You” To Online Dating 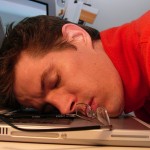