If you participate in social media, I’m sure you’ve become acquainted with the viral post “23 Things to Do Instead of Getting Engaged When You’re 23.” by Vanessa Elizabeth.  Vanessa’s editorial urged readers in their young 20’s to see the world and get to know themselves before rushing to settle down and get married.  It’s abundantly clear Elizabeth is enjoying her time as a single girl, traveling the world and gaining new experiences, which she should be – her life sounds pretty awesome.  As with most opinion pieces, however, Vanessa’s article has caused quit a stir among those who are- you guessed it, young and engaged (or married, which I presume is the end result of an engagement, unless you’re a contestant on The Bachelor).  The rebuttal pieces (much like the one here) all maintain the same belief:  that being married or engaged won’t hinder one’s ability to live life and succeed as a person.

I’ve noticed a scary trend among all 20-something women:  the categorical division of girls who are single and those who are in serious relationships.  The “us” and “them” mentality is perpetuated by both parties, and it’s actually ridiculous. Both sides reserve stereotypes and judgement about the other.  The single crowd automatically assumes girls who are married or engaged in their early to mid-twenties are boring and settling.  There’s the assumption girls who have husbands and fiances must not also have careers or social lives.  On the inverse, there’s the common stereotype of all single girls in their mid-twenties as being spinsters in the making who consume too much wine, imbibe in nights at the bars too frequently, and are too career focused to have a rewarding love life. Is each side relying on the stereotypes and put downs against the other to cover up latent jealousy, fearing the grass may be greener on the other side?  If this is the case, feminism everywhere just set itself back about 30 years.

It’s 2014.  60 years ago, it might have been unheard of for a woman to be anything other than a housewife, but that’s because society was  also still segregating schools and encouraging homosexuals to stay closeted.  We’ve come a long way since then, and the general idea in today’s society is based on the notion you can become whatever you want to be without having to apologize for it, or compromise yourself in any manner.  Women should be supporting each other, not limiting one another and dividing themselves into a society of the haves and have nots (husbands, that is).  Instead, girls in their twenties are just trying to prove you cannot, in fact, have it all.

But why do we do this to one another?  Is it jealousy?  I’ll admit this much:  if you had asked me ten years ago where I thought I would be at this point in my life, I would not have told you I envisioned myself being a single freelance writer.  I used to cringe every single time a new engagement or birth announcement popped up on any number of my social media feeds, and I lived in fear of getting my mail knowing there would be a Save the Date or Wedding Invitation awaiting me.  Yes, I was jealous of the girls who seemed to be getting everything I once thought I wanted, but I recently had a realization that put it all into perspective.

My generation has become a pioneering group in many aspects; we’re a generation that hasn’t necessarily followed the timeline or format of our parents.  Not all of us are graduating from college and receiving job offers immediately.  We’re navigating society with new challenges, technology, and competition unforseen in the past.  Because of this, there is no precedent or social norm for any type of timeline anymore:  how can someone expect to be married with children by 28 if they only receive their first real job offer at 27?  On the other end of the spectrum, who is anyone to criticize the individuals who graduate from college and start full time jobs immediately, and are financially stable and settled enough to actually betroth by 24?  We’ve created an impossible double standard in our society; it’s almost as if the women who aren’t in serious relationships prematurely defend themselves by lashing out at those who are.

It is incredibly important for all women to support each other in every aspect of life and not immediately resort to discounting someone’s good fortune as a defense mechanism.  By reassuring yourself the girl who just got engaged is now boring and must not have a fulfilling social or career life, you’re ultimately perpetuating the idea that women can’t be both career minded and family minded.  Very rarely do men face such scrutiny – I can not recall a time where males have sent group texts saying, “Did you hear Joe proposed?!  Kill me, right?  Well, whatever, he’ll be missing out on Fantasy Football this year, so it sucks to be him.”  Is this because society has long accepted the idea of being able to be a family man and a career man?  If that’s the case, why are women limiting themselves by battling one another on the stance of their relationship?

Regardless of what your status is – you should be happy for your friends and all of their accomplishments and milestones in life while focusing on your own.  Everyone has their own individual set of goals, and instead of focusing on negating the great things that happen to others, instead, females should be working on being the best version of themselves they can be.

So no, I will no longer be participating in the scathing group texts when a sorority sister of mine gets engaged critiquing the ring and reassuring the other single girls that “they’ll be divorced in five years anyway.”  I’m going to enjoy the weddings and the open bars that are in my future.  If I meet someone, great, and if not, that’s okay too.  I’m not going to put others down in an attempt to make myself feel better, because who the hell am I to tell someone their successes are limited to only one area of life? 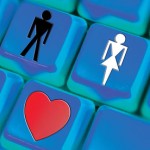 My Month on Match: Online Dating Is Just Like Regular Dating 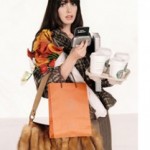