WARNING: Spoilers ahead! Seriously. If you haven’t seen this season and you don’t want to know what happens TURN BACK NOW. Otherwise…please enjoy!

From the beginning, Orange Is The New Black has never been a show to shy away from the big issues. Marketed as a comedy-drama, this season has a few laughs, but it primarily drama from the start. It takes things seen as black and white and pushes them into gray areas, because that’s how it works in the real world. There’s no such thing as a right or wrong reaction to a problem or an issue. It’s life — and life is nothing but gray areas. This season especially has never felt timelier and is bringing light to some serious issues with both our prison system and the world in general.

An Archaic View on Menstruation

One big issue this season that was the lack of feminine hygiene products due to their label as “non-essential items” in a women’s prison. We live in a world that claims to be progressive, yet in most states, tampons and pads are taxed. In the UK they’re taxed and classified as “non-essential, luxury items.” If someone would like to explain how bleeding profusely from your hoo-ha every month is considered a luxury, be my guest. The views on feminine hygiene products are antiquated and ridiculous.

The Importance of Counseling Above Criminalization

Season 4 marks the return of fan favorite (really – they are all fan favorites), Nicky, from max, which definitely makes you realize how much you missed her in season 3. In her hopelessness in max, combined with a self-serving apology from Luschek (the reason she’s in max in the first place) she ends up relapsing, leading to her return to struggling with drugs throughout the season.

The highest number of arrests in the US in 2014 involved drug violations, but taking the addict away from the drug doesn’t mean they stop craving it. In fact, in a situation like Nicky’s — where she was isolated from everyone aside from the occasional “outside” recreation time — it can make them crave it even more. They feel hopeless and without meaning, leading them to crave that high.

Nicky received no drug counseling or rehab — and this is a huge problem in the US. Addiction is a disease. People need help to treat it and overcome their urges, which is best done in rehab and clinics. Throwing people in jail doesn’t give them the help they need. Mixing nonviolent drug offenders with violent criminals can also expose them to violence. Jail isn’t the answer for addicts.

The Monetization of American Prisons

To save Litchfield at the end of season 3, Caputo decided to privatize the prison, making it under control of MCC. Season 4 gives some insight into the monetization of American prisons, as well as how little some of these corporations care about their inmates. Caputo attends a convention called CorrectiCon with his MCC colleagues, where the attendees view products for their prisons and attend panels. There are fun demos, like practicing shooting laser guns to disable prisoners. While we can agree that OITNB is a work of fiction and was created based on a single memoir from Piper Kerman based on her time in a women’s correctional facility and within the system, when combined with knowledge of the real world it is not that far-fetched to assume that monetization is favored above care for those in corrections.

The Realities of Mistreated Inmates

In addition to this, Sophia is trapped in the SHU for most of the season, while MCC incredulously denies she was ever there. Her wife shows up outside the prison multiple times and even goes to Caputo’s house to get information about Sophia (before that crazy bitch Linda pulls a gun on her). The private prison industry has a long history of mistreating inmates and doing anything they can to make a buck off of their prisoners and their families.

This issue deserves much more attention. If you approach the subject, the response is often, “So what, they’re criminals.” This season – heck, this series – makes it a big point to show viewers that prisoners are human beings. They have feelings. They are not objects for abuse. Yes, they’ve made mistakes — and sometimes some pretty big ones, like Frieda who has killed too many people to remember — but that doesn’t mean they should be abused and raped by their COs or fed inedible meals. Drugs are clearly a problem worldwide, and the United States’ approach to incarcerating non-violent offenders over rehabilitating them is an issue. Period.

A Poignant Look at an Important Social Issue

If you’ve heard anything about this season, it’s most likely the horrifying and completely unexpected death of one of the show’s most beloved characters in the penultimate episode: Poussey Washington. In a peaceful protest where the prisoners stand up to the treatment they’ve gotten by the guards all season, Poussey is accidentally crushed —reminiscent of Eric Garner’s death by the police a few years ago. The warden’s actions — or lack thereof — afterwards sends the prison into full-on riot mode, with Taystee screaming, “They didn’t even say her name!”

OITNB complicates things further. The guard that killed her was Bayley, the youngest and naivest of all the guards. One of the few that actually treated the prisoners as human beings. The MCC higher-ups desperately try to make Poussey the thug who deserved it or Bayley the tough guy who targeted her. The warden, Caputo, is stuck between trying to defend the prisoner he knows didn’t deserve this or the guard that he thinks of as a good kid and knows didn’t intend to kill her.

Similar incidents are happening all over, and it’s commendable for a popular TV show to make such a statement. Props to them for not making it an evil guard versus an innocent girl. Life can be a lot more complicated than that, and an empty, stereotypical portrayal wouldn’t have done the issue any justice. Caputo also struggles because he wants to be the good guy so badly, but with so many different pressures on him it seems he makes the wrong decision no matter what he does. Poussey’s death was an absolutely heart wrenching gut punch for viewers, but that’s what makes it more poignant.

A Multifaceted Look at the Complexities of Humanity

The biggest impact from this season  —  and why you need to sit down and binge watch it immediately —  is humanity — in all its complexity, gray areas and complications. The people watching this show may not be prisoners, but I dare you to watch it and find nothing you can relate to the world around you, if not you personally.

It’s a social commentary that needs to be watched to further drive the point home that there are some serious problems in our society today — problems that need to be fixed. In a TV landscape filled with fluff and reality shows, OITNB is the type of show that should be dominating. 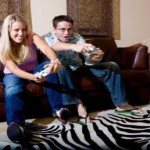 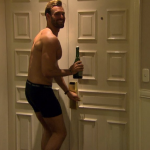