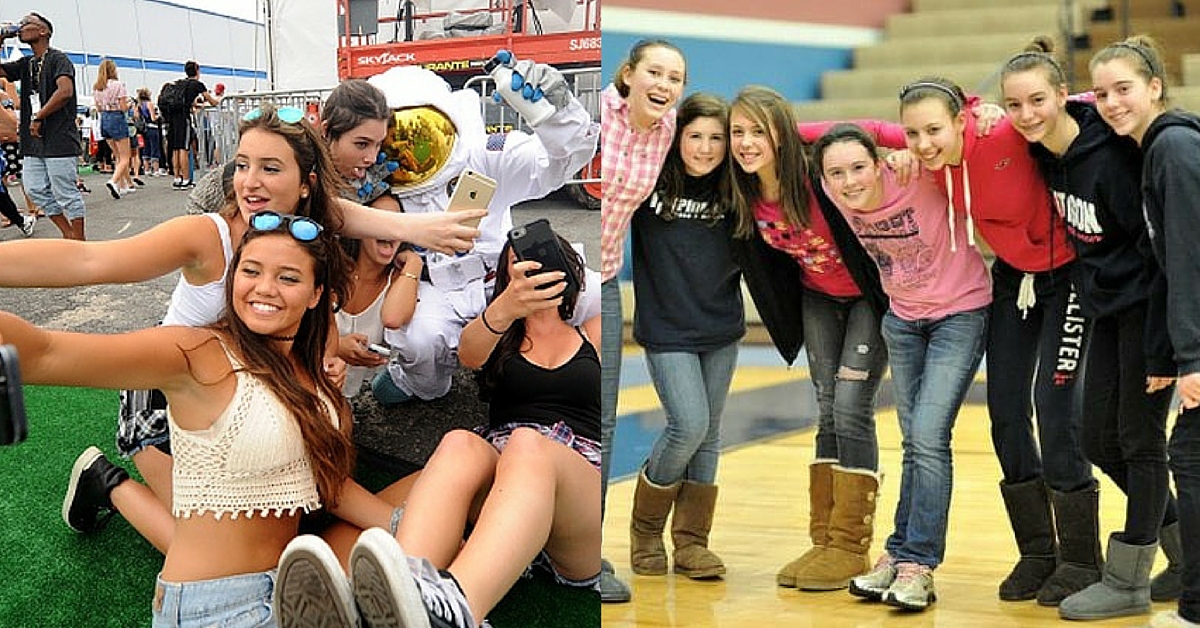 The Millennial generation covers a serious time span. The oldest millennials are now around 35, while the youngest just recently hit the double digits in age. In 2016, us ‘older millennials’ don’t even know how to react to the stuff that the younger ones do or are into now. From tastes in music to favorite social media networks, there is a major disconnect. However, we’re all somehow lumped into the same category (millennials) and are stereotyped by other generations that we are all the same — but we’re not.

Here are a few of the giant differences within the varied spread of our generation.

Airwaves today are dominated by collaborations with the hottest DJs and maybe if you’re lucky you’ll get a song that actually has some real instruments used in it. Older Millennials got to experience the greatness that was the grunge era and rocked their Nirvana shirts under flannel with pride.

And the greatest part of being an older Millennial? The golden age of boy bands. New Kids On The Block got it started, but they really hit their prime with the great Backstreet Boys vs. *NSYNC rivalry (It’s totally Backstreet Boys, by the way). While both of them were awesome, you had to be on one team. New Millennials got a taste of it with One Direction, but they didn’t really have competition. At least the new ones got to have the fight with their friends about which member is the hottest (for us older millennials, it will be Nick Carter forever)!

Another difference? Older Millennials actually know what CDs are. We had boom boxes and stereos and couldn’t just carry all of our music in our pockets. If we wanted to jam on the bus ride to school, we had to bring a Discman and our full CD cases so we could have some variety. If you were lucky, you could make mix CDs on your computer.

We wouldn’t even be allowed out of the house in what the younger Millennials have been wearing today. We rocked baggy jeans, skate tees, and Doc Martens. We threw a sweatshirt around our waist, the newest Gap sweatshirt and a sweet neon windbreaker and we called it a day. Yeah, we wore some crop tops occasionally. But they looked more like sports bras than bathing suit tops.

Luckily for us, the 90s fashions like choker necklaces and hoop earrings are making a comeback. And really, should they have ever left?

Getting ready is always an ordeal. But now it seems like girls take hours on end doing their full Kylie Jenner lip kit and taking 400 different photos for Instagram and Snapchat. When we got ready to prom we would throw on some Crest White Strips and hoped for the best. Nowadays, Millennials get their parents to buy them fancy whitening treatments.

Also, what the heck are promposals? We didn’t need someone to dress up our dog, make a sign and put three-dozen flowers in our lockers to ask us to go to a dance. We were perfectly happy with a note passed to us in math class asking us to circle yes or no. Or, I mean, they could just ask us. With words. Face to face.

These days, young Millennials are glued to reality shows like The Bachelorette or scandalous dramas like Pretty Little Liars. We watched the awesomeness of Full House and Dawson’s Creek.  Corey and Topanga were the ultimate relationship goals. While the youngest Millennials now have Girl Meets World, it’s definitely not the same.

The state of Disney Channel, in general, is a disaster. It’s painful to watch the current shows when you know how good ones like Boy Meets World and then Lizzie McGuire and Even Stevens. Even Hannah Montana would be better than Liv And Maddie. At least someone at Disney headquarters was finally listening and they had the greatness that was the Memorial Day DCOM Marathon 2016. Hopefully, the younger Millennials tuned in and saw what they’ve been missing.

Ah, the development of social media. The younger Millennials get to look back and see their awkward years (and maybe their baby years?!) plastered all over their Facebook walls and Instagram feeds. Luckily for the older folk, our embarrassing middle school moments are tucked away in photo albums in the back of our parents’ bookcases. We got excited when AOL Instant Messenger became a thing. And MySpace was a serious game changer.

Nowadays, Millennials are in constant contact with each other. They text, Tweet, Snapchat and comment on each others’ stuff constantly. Back in the day, we had to wait until our friend’s dad got off the Internet for work so we could three way call with our other best friend down the block.

Older Millennials used college to be a step above the rest of their peers. It was easy to get a job right after high school using just your diploma. Now, you almost have to go to college or you aren’t going to get a job besides at the local McDonald’s.

A lot of kids go to school just to party, too. College is supposed to be one big keg stand, am I right? You’re paying thousands of dollars for that free frat house beer, just remember that. If we went to college, we partied, but you best bet we were absolutely working our asses off to make sure we were getting good grades too. Yeah, younger Millennials can do both too. But when you hear them talk about college, you’re mainly hearing about the partying. Like, do they even go to class?

The younger set of Millennials isn’t all bad. But really, it’s hard for the two ends of the spectrum to even relate when there are so many differences. Maybe we should start taking some cues from each other. Or not. 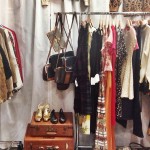 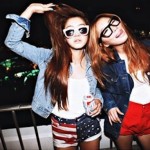 7 Things Every Former Party Girl Misses About Her Glory Days