We are currently living in a world where all of our favorite childhood movies are having their 10+ year anniversaries and it makes me sad. Sad only because I feel old but I’m not too sad because I continue to watch them on repeat. I would be lying if I said I didn’t watch The Princess Diaries often.

So, this week, we have 15th Anniversary of The Princess Diaries. In 2016 terms, the 2001 film is about a basic, awkward girl living in San Francisco that finds out she’s literally royal. Her grandmother, who happens to be a real life KA-WEEN, shows up and tells her she’s a princess and sort of has to to rule a country, if she wants. What unfolds is the story of an awkward duck growing into a beautiful swan. Kind of like a real life story of the ugly duckling.

Now that we are all older and wiser, we can look back at the movie for what it was and not worry about why she didn’t end up with the hot, babe pants that was Josh Bryant. Lets take a look back at the 9 things we should’ve learned from the movie in 2001, but we’ll take a shot at learning now:

If we learn anything about Mia from the start of the movie it’s that she settles. She’s a settler. She doesn’t give herself that push she needs to be better than average, better than she is. She is capable of so much more then she is but she doesn’t allow herself to do so. Don’t let that be you, believe you are more then you see.

2. Being clumsy isn’t a crime

Mia is a hot mess and we all knew that. Throughout the movie you see her clumsy-ness come out. She drops a spoon, lights someone on fire, throws around million-dollar jewelry, and eats shit on the benches. The list goes on and on but it shows us that being clumsy is just another part of who you are, don’t turn it into a negative.

3. Know that things will always get better

As the movie progresses you see Mia start to really believe in herself and stand up for herself. You see her start to learn that at the end of the day, while it may be tough, things will get better. Things will change as life goes on and it can and will get better.

Duh Grandma, you don’t think I’d actually tell you to shut up do you?

Queen Clarisse said it best, manners matter. Having manners and being respectful to people is important. While your parents should have taught you this, sometimes things slip through the cracks and a grandma from a movie teaches you a very easy life lesson.

6. You are late because you aren’t a queen

Another easy one, you probably aren’t a queen, so don’t be late. But if you are a queen then, still don’t be late, c’mon yall.

7. The ones who matter love you through it all

A big lesson we learn with Mia throughout the movie is that the most important people love you through it all. Mia struggles with her new found, unwanted fame. Does she run with the popular folks she has been so hateful of in the past or just stick with those who have always been there? You see the struggle unfold and luckily ~*SPOILER*~ in the end she makes the right decision. She sticks with those who have always loved and appreciated her for who she is. Mia loves the ones who love her back because of who she is, not what she is.

8. Don’t let others dictate how you feel about yourself

After Mia’s transformation, she is still bullied as people think she is doing it for other reasons then secretly being a princess. She really lets it get to her because even though she is no longer the ratty haired girl, she is still being made to feel like an outcast. Mia thought the transformation would make her fit in more, when it is really making her stand out more. Eventually Mia learns to embrace her new looks regardless of the attention it brings to her. She stops letting the way others feel and what they say dictate how she feels.

Throughout the movie you see Mia change not only on the outside but also on the inside. You can see in her the fear of being noticed slip away as she learns more about herself and embraces it. She learns to love life for what it is and what she is.

Three bonus life lessons for us: 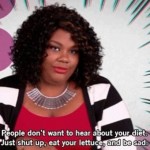 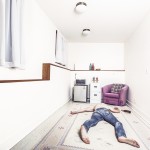