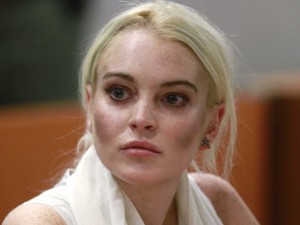 I have ALWAYS been team LiLo.  I loved her in The Parent Trap, I LOVED her in Mean Girls (obviously).  I loved her in her jail stints.  I loved her in her Winona phase.  I loved her during her bi-curious phase.  I have always loved my girl Lohan.  Sure, she may be a hot mess who can’t keep her nose clean, but I believe she’s been put under too much pressure not to live her life and make the same mistakes any fun-loving girl with a great rack would make.  Is there any girl with THAT much money and THAT much fame who wouldn’t have gotten herself into a little bit of trouble?  If there is, she’s not anyone I want to know (cough cough Taylor Swift cough cough).

Anyway, as of late, Lindsay’s kind of sort of getting it together, and I couldn’t be happier for her.  She had a major Oprah moment, and she looks just as beautiful as she did before she got into drugs (or didn’t, I can’t recall her stance at the moment) and she’s not Amanda Bynes (who will ALWAYS be a second rate Lindsay Lohan).  Good, she’s doing well.  I love it.

Everything was going fine in the land of La Lohan, and as of yesterday, things started going great.

A few years ago, while (presumably) getting totally fucked up and playing Scattergories with her friends at the Beverly Hills Hotel, Lindsay made a list of all the famous men she’s had sex with.  Some people think it’s weird that anyone would make a numbered list of the men they’ve been with, and I disagree.  I have a list.  Who doesn’t?  Sometimes, you need to keep track of the people who have been inside you, whether it’s because you’re dividing them by their fraternity house in college and attempting to sleep with one boy from every house (NO EASY TASK AT A HUGE BIG TEN SCHOOL WITH GREAT GREEK LIFE, I’VE HEARD), or if you’re keeping track of your partners in case you’re feeling extra psycho around Father’s Day time and plan on sending anonymous cards just to mess with people…or another reason, whatever.  Whether she did this to brag or just to keep track is unclear, but one point remains:  THIS LIST IS EVERYTHING. 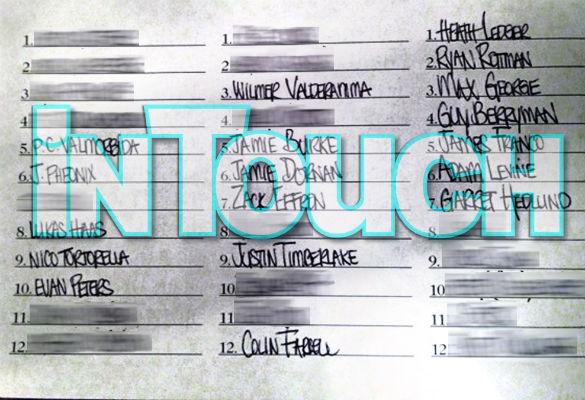 Let’s peruse the list and evaluate how good of a little hooker my favorite actress is:

PC Valmorbida
Ok I have no fucking clue who this is.  Lies, he’s a gallery owner.  But really, if I have to Google you, you’re not famous.  But whatever, we all have people on our lists we’re not proud of.  Still.  His name is PC.  BYEEEEEEEE

Jamie Dornan
Well now he’s in 50 Shades of Grey so I think this was a wise decision.

Jaoquin Phoenix
I personally think she could have tried harder and gone for a three way with River, but Jaoquin also had his share of substance abuse issues.  I’m kind of picturing them doing heroin together and then blowing lines of coke off of each other’s stomachs.  And genitals.  Chic.

Zac Efron
ARE YOU KIDDING ME.  Yes.  Also, Efron got out of rehab for a coke addiction.  Did LiLo enable him?  I’m going to pretend she did.  I love it.

Wilmer Valderrama
Who the fuck actually cares about Fez?

Justin Timberlake
I’m hoping she did this while he was dating someone, because I’ve secretly always suspected JT was a huge manwhore.  I love him, but let’s get real here.

Honestly, I think this was the best thing to ever happen to Lindsay.  Not only is she legitimately insane, but she’s also legitimately hot enough to sleep with EVERYONE in Hollywood.  I’m so proud.