Well, for all those who have been on the edge of their seats since I announced that I have some changes in the works, get ready for this! After going to school and living in San Diego for about 5 years, I have left there and moved everything I own back to my parent’s house. Don’t worry, I’m not moving backwards in life…this is just a 3 week thing. In 2 weeks, I will be packing up my little Honda Civic with as much stuff as it can handle and driving out to Austin, Texas. And yes, I am aware that I am slightly crazy for leaving California for Texas, but have you seen how low the gas prices are there?!

I know that some people may think that I am an idiot for leaving a stable job with benefits and awesome coworkers by the beach to move somewhere hot and humid without a job. Well, I appreciate your concern but honestly, this is the most excited I have been in a long time. While there really wasn’t much wrong with my life in San Diego, I just had this gut feeling that it was time to move on and try somewhere new. And if I didn’t just go for it now, I was afraid that I never would. Luckily for me, I had a best friend that was having the similar feelings and was ready for an adventure. I am so happy to be taking on Texas with one of my favorite partners in crime, because it makes this whole process much more relaxing and fun. Fear of the unknown has turned into excitement for everything that is to come, although I still question if this is really happening. But it is!

And as I have informed people about my big move, many have asked me why of all the places to go, would I pick Austin. Well, the funny thing about this is that if you had told me a year ago that I would be moving to Texas, I’d tell you that you were crazy. I had never been there but obviously just stereotyped it like most of the country does. But being the blog nerd that I am, while looking through articles about the best places for 20-somethings, Austin just kept sticking out to me. It was the top of most lists and just looked so fun and down to earth. And honestly, as lame and cliché as it sounds, Austin just felt right. The way people claim that you just know you’ve met the one you are gonna marry, I guess I just knew that I wanted to move to Austin. Although, I did actually go visit it before making my final decision and that’s when I officially fell in love.

While this article is not meant to just be a puff piece on Austin, I do think it’s a great place for anyone to visit. But, ultimately, my main point is that I was in need of a change and I took action to make it happen. Don’t just get caught up with being comfortable where you are, because before you know it, you could be a… 30-something! So go have fun with your life and be excited about where you live. Time really does fly, so stop planning and just do it. 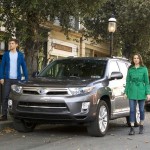 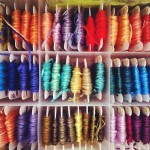 15 Things I Miss About Camp