MTV to us in the late 90s/early 2000s was Nickelodeon to us in the early 90s. It was the bane of our existence… and I miss it. Sure MTV has shows on now, but they just don’t compare to old MTV shows. Maybe it was because it was an era of boy bands, cheesy pop music, and horrible fashion trends… or maybe it’s because the programming was just really good… but whatever the case, we effing loved it. Below are 22 old MTV shows that you probably watched and maybe loved. Happy nostalgia!

The Best Old MTV Shows, Ranked By Me

Andy went on to do great things in life, like teach blow job classes with his lazy eye and give herpes to dogs… But before that, he had his own show. And the only thing I remember from it is Daphne Aguilera. She was a boss. 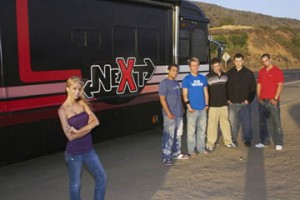 This was the dating show where a bunch of pathetic young people sat in a very large RV and a really trashy guy or girl would get to go on dates with all of the people in the truck. While on the date, the person could scream next to go on to the next date (get it?!) whenever they wanted. 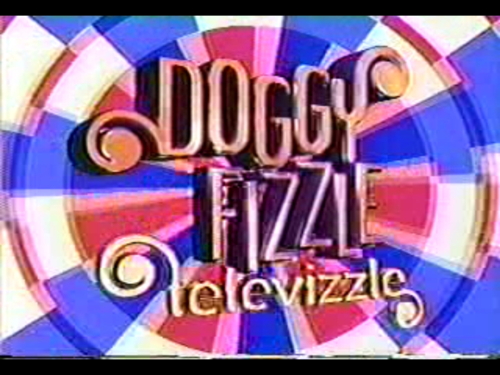 This logo is sooo late night early 2000’s TV. I thought this show was hilarious. Snoop just rode around on a bicycle doing crazy things while saying words that ended in ‘izzle.’ Like, remember when it was cool to say shizzle my nizzle? Thanks Snoop. 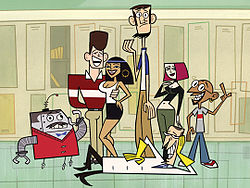 Not all old MTV shows were dumb. Clone High was… very smart. That said, thank you Canada for creating this bizarre yet hilarious show that I didn’t understand at age 13. Abraham Lincoln, Joan of Arc, Ghandi, and other historical figures attending one high school together in a modern day setting. So random, but so good. Why did this get canceled?

Rub your balls. Feel your balls. UGH. That’s basically all I remember from Tom Green’s show. But, like, thanks for teaching me what testicles were. That and the Bum Bum Song. I wonder if he ever heard the cannons… He really wanted to hear the cannons.

I remember hating this show, but occasionally watching it anyway — usually when hanging out with boys and trying to be ‘cool.’ I even saw the movie in theaters (with boys while trying to seem ‘cool’). 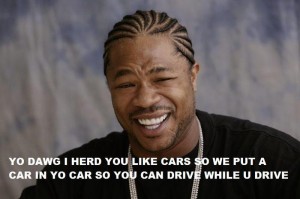 Why couldn’t Xzibit ever pimp my ride? This show is the reason I know what rims are. Now, Xzibit is a meme. Like, an internet meme. That’s his legacy. 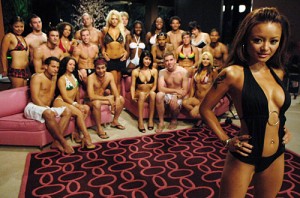 Tila was, like, the most popular person on MySpace so she obviously got her own dating show. Her show was basically a trashy version of The Bachelorette… and people loved it. I mean, how could you not? Was she going to pick a guy or a girl? YOU DIDN’T KNOW.

This show did not make me want to ‘la la,’ and I didn’t exactly l-o-l-o-l-o-l-o-v-e it, BUT I did watch it. I remember when she lost her voice before a concert. That was a very intense, drama filled episode. For the most part, Ash was always super cute… Even when she decided she looked too much like her sister and became ‘edgy.’

I loved My Super Sweet 16, especially watching the invitations be handed out to, like, only the cool kids. Jennifer Lawrence even starred in the commercial. 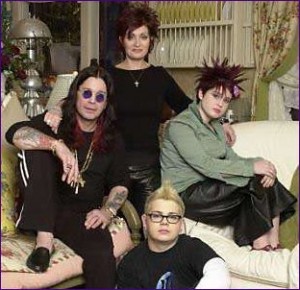 The Osbournes were like a very weird version of The Kardashians in the early 2000s. This show made us know Kelly as a weird teen who remade Madonna’s Papa Don’t Preach. And her brother Jack was kind of a creep?? They ended up redeeming themselves though. 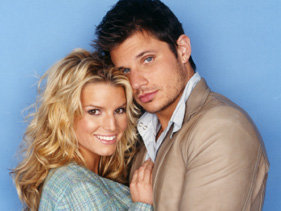 The old MTV show that will be quoted forever… Newlyweds. RIP Nessica… or Jick… Okay, I guess they never had a celebrity name. Well, at least Jess taught us that Tuna is fish… not chicken! 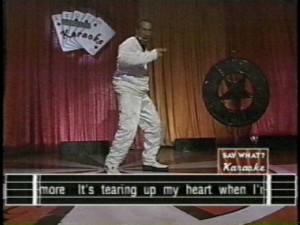 Everything is more fun when karaoke is involved. Duh. A karaoke game show is now back in existence, but this was the OG. 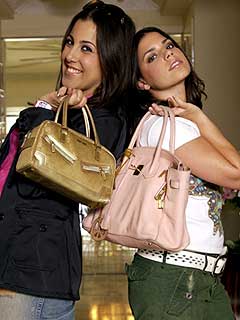 Ally Hillfiger and Jaime Gleicher were besties and, therefore, their summer after high school had to be documented on national television. It was definitely one for the books as the two are not friends anymore. After their mishaps and fights on the show, Jaime ended up going off to college and Ally went off to rehab. Cool story. 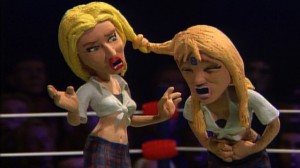 This show was literally a bunch of claymation figures beating each other up. I remember when Nsync and BSB fought (that was a big deal)… and of course Britney and Christina (also a big deal). 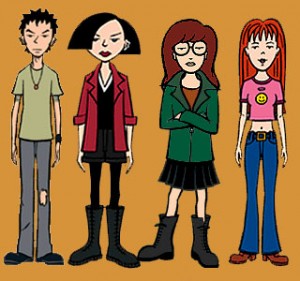 Daria was so monotone and cool. She was a hipster before everyone else started becoming hipsters. The original hipster. And Quinn was totes the original betch. We need a modern day Daria where she navigates a world full of social media and influencers. Can someone please create? 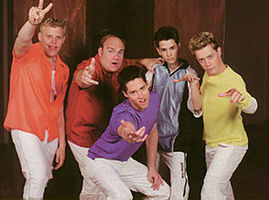 I thought this was a real band. I didn’t really put it together that MTV had created a faux band to star in a fictional comedy that they called ‘2gether.’ Boy bands were such a fad back then, and despite the fact they were different, they were kind of all the same. They even had a manager, Bob Buss. IT FELT SO REAL. But it wasn’t. 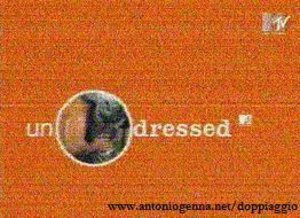 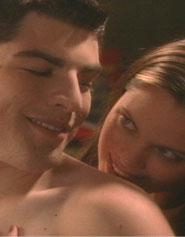 And if you’re asking yourself “is that Schmidt???”… it absolutely is. Max Greenfield played a role on the show when he was, like, 17. So did: Seth Cohen (I mean Adam Brody… my love), Christina Hendricks, Chad Michael Murray, Autumn Reeser (AKA Taylor Townsend), and Ashley Tisdale’s sister. Old MTV shows are truly a goldmine. EVERYONE WAS ON UNDRESSED. BRING IT BACK. 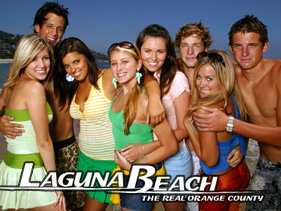 After becoming obsessed with The OC, it was like, thank God MTV decided to make a show where I could see what living in Orange County was really like. The show was basically only good seasons 1 and 2. Season 3 was, like, ughhhh so boring because the main cast had already graduated. Who were these people?! We still don’t know! 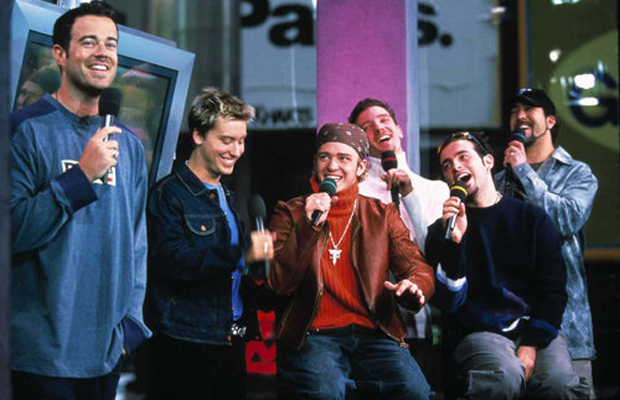 TRL was everyone’s favorite show up until 2001/2002 when watching a music video countdown with a live audience every day no longer became relevant. Before then, I loved rushing home from school to catch the top videos of the day. Who would come out on top? Would it be Britney, Eminem, Nsync, Christina, BSB, or… Tom Green?! You never knew.

TRL was actually the best though. RIP. 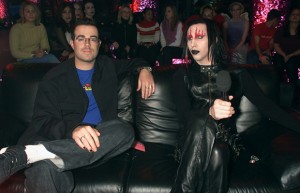 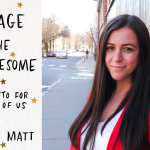 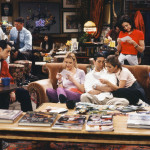